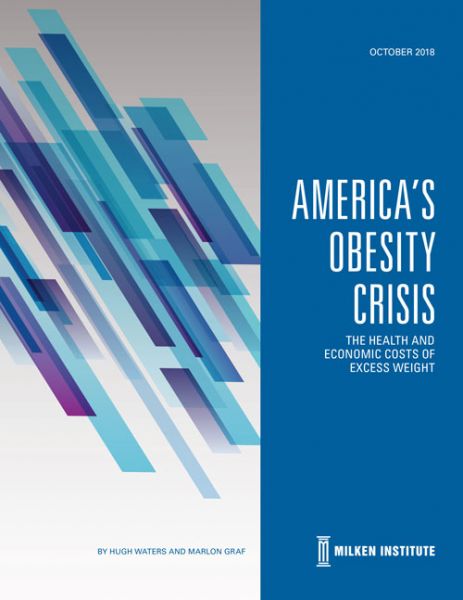 This study calculates the prevalence and economic effects of diseases related to obesity and overweight in the United States. These costs are paid by individuals and their households, employers, government, and society.

The prevalence of obesity in the U.S. population has increased steadily since the 1960s—from 3.4 percent of adults in 1962 to 39.8 percent in 2016, the year of the most recent Centers for Disease Control and Prevention data. In all, 180.5 million people—or 60.7 percent of the population ages 2 and over—were either obese or overweight.

The burden of American obesity, and the chronic diseases for which it is a contributing factor, has reached record economic heights.