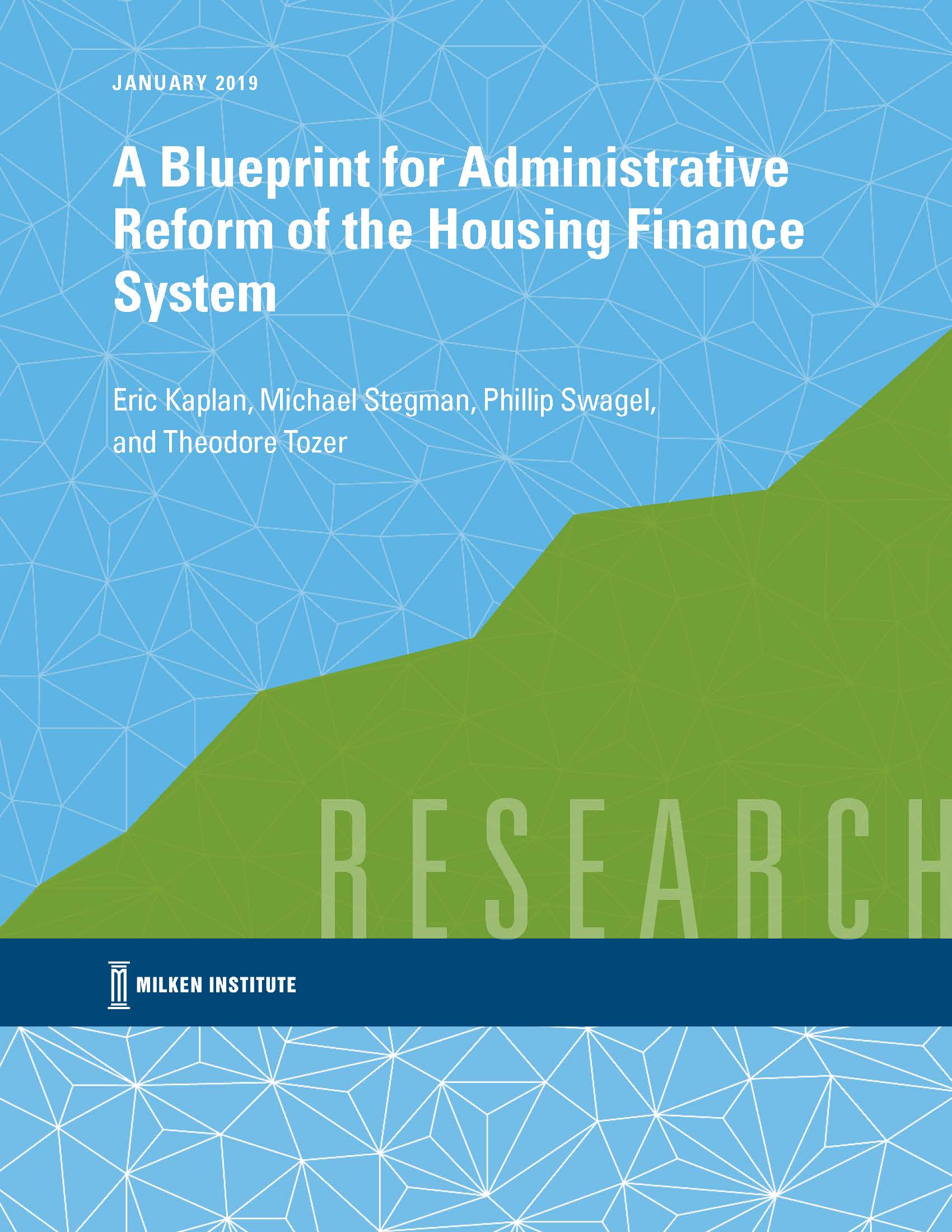 This paper sets out proposed administrative actions to reform the housing finance system in the absence of legislation. The goal is to build upon the progress that has been made toward a safer and more effective housing finance system with Fannie Mae and Freddie Mac in conservatorship, while ensuring the continued operation of the system. Ultimately, Congress must act to create an explicit, paid-for government guarantee of qualified mortgage-backed securities (MBS) and to provide the housing finance regulator with the authority to charter new firms to compete with Fannie and Freddie. While the policy debate over housing finance reform legislation continues, administrative measures can advance the government-sponsored enterprises (GSEs) toward an end-state vision that ultimately requires legislative action to finalize.

The action steps outlined in this Milken Institute paper do not lead to the end of the conservatorship absent legislation because we do not see a viable path by which administrative measures can fix critical flaws in the GSE charters—and fixing these flaws should be viewed as a necessity. Even so, administrative measures can address many of the stumbling blocks to legislative action and thereby set the stage for further reform that includes changes to the GSE charters. Importantly, the administrative measures we recommend are consistent with a number of possible longer-term end-states for the GSEs and the secondary housing finance market. This policy brief takes no position on the precise end-state to be accomplished with legislation. Instead, the focus is on administrative steps that advance the broad goals of housing finance reform and for which we believe there could be bipartisan support.

We oppose releasing the GSEs from conservatorship without fixing the critical flaws in the GSE charters. The GSEs have accomplished a great deal post-crisis and their management and staff deserve considerable credit for continuing to innovate and improve the housing finance system while in conservatorship. Still, it must be recognized that the GSEs’ post-crisis success has occurred: (i) under a protected duopolistic status that impedes entry and competition, (ii) with unparalleled access to capital with explicit government backing, and (iii) in a strong economic environment that reflects historically low delinquencies. Releasing the GSEs from conservatorship without a plan in place to resolve the charter flaws—most notably, the privatizing of profits and socializing of losses—would be to disregard the lessons of the firms’ failures during the financial crisis.

The paper first discusses steps to complete the existing business underway in the conservatorship, and then turns to other administrative measures that should be taken to make progress on housing finance reform beyond determining the future of the GSEs.