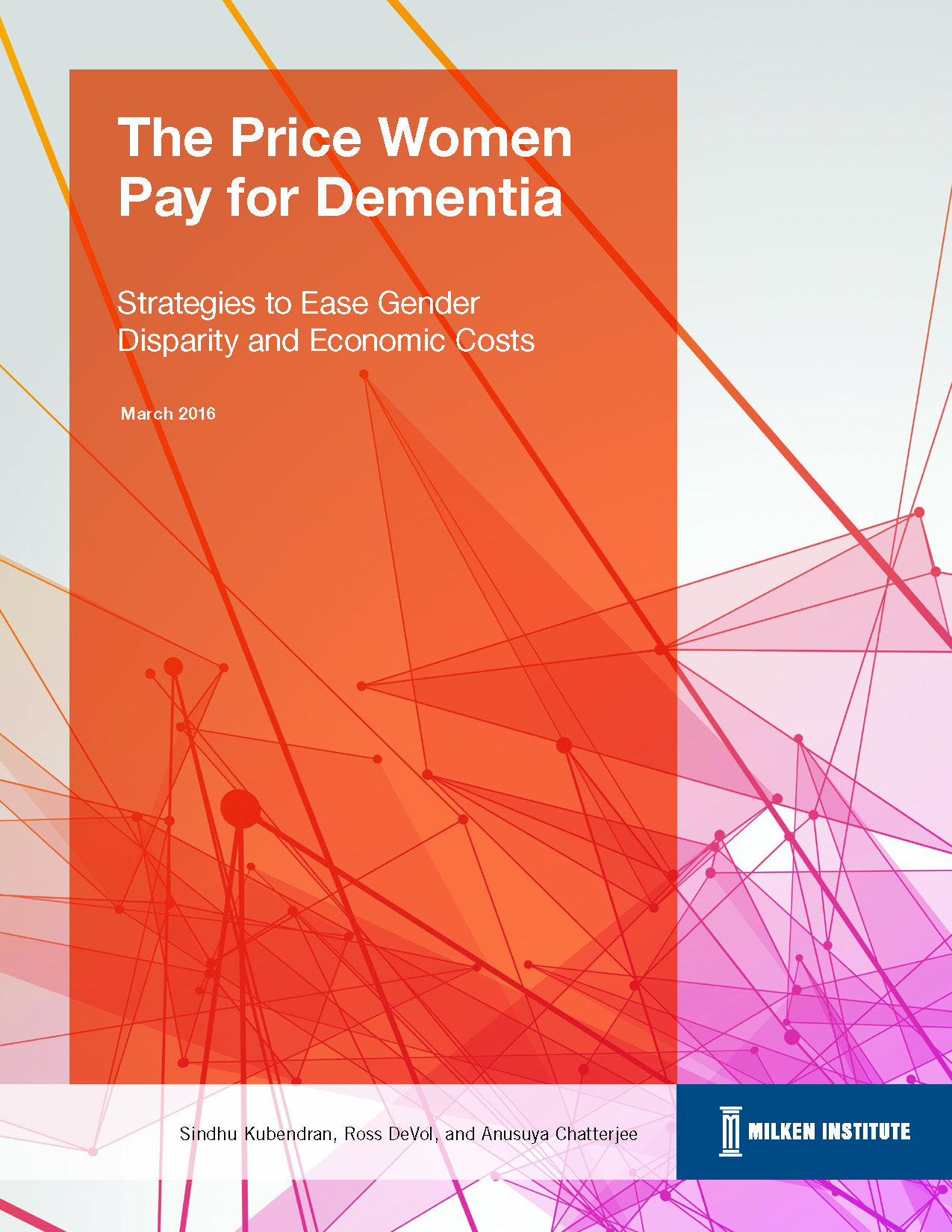 Dementia presents a pernicious gender-based health disparity in the United States, inflicting a disproportionate burden on women as both patients and caregivers. Given the rapid increase in the population of older Americans, the number of women with dementia and those serving as informal caregivers will escalate and cost the economy by roughly $5 trillion through 2040. In addition to the financial incentive for narrowing gender disparities, there is a moral obligation to do so. The gender-related health disparity seen with dementia works to aggravate other economic disparities for women and impairs quality of life for all.

This report provides fact-based evidence of the economic burden of dementia on women by aggregating the effects on the health-care system, the labor market, and living arrangements. It exposes an insidious impact that is often discussed in whispers: the gender disparities that women suffer as patients and caregivers, and the particularly intensive role of the dementia caregiver.