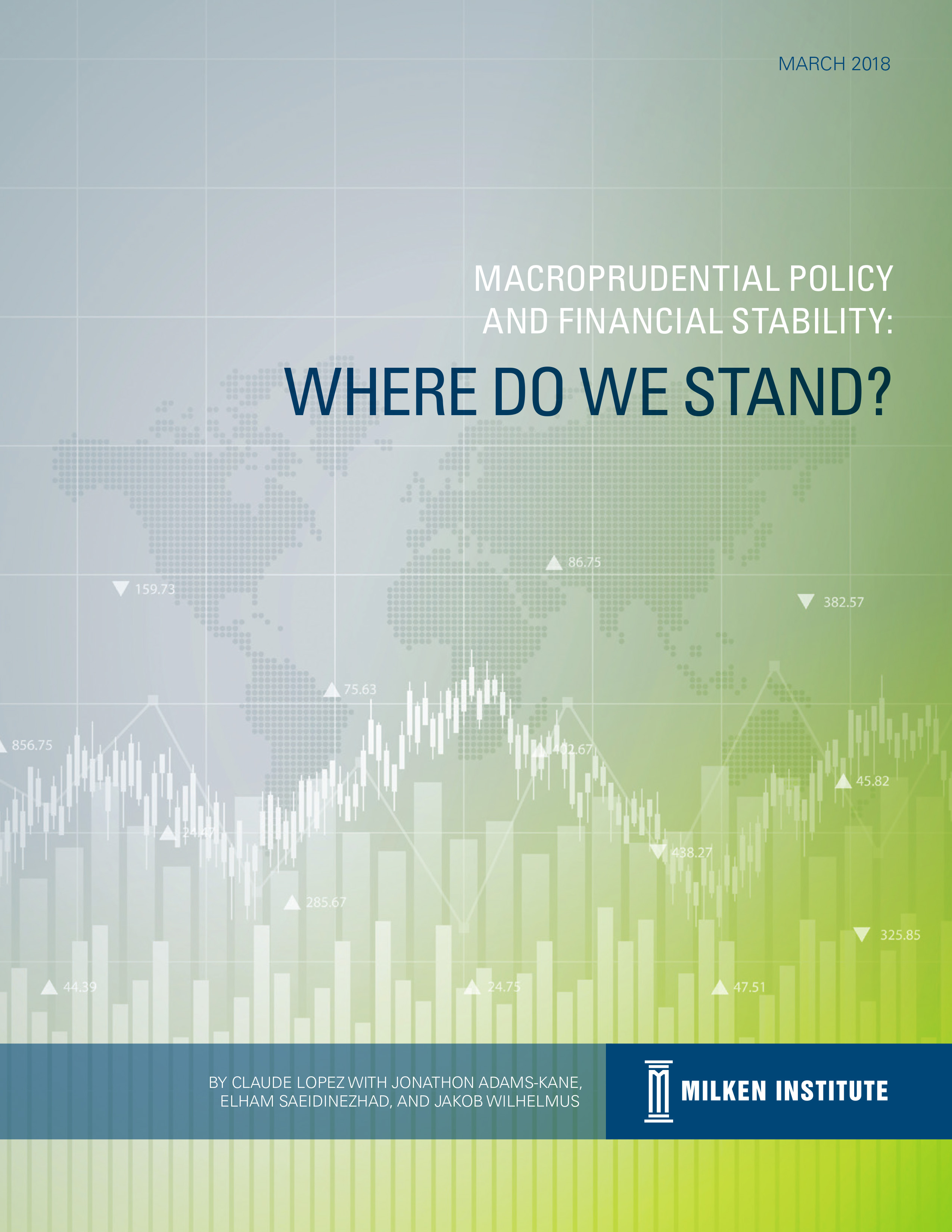 With the global economy gaining momentum following its recovery since 2008, and the new U.S. leadership’s refocusing from financial stability efforts to developing blueprints for economic growth, parts of the post-crisis macroprudential framework have been reshaped, and new rules have been introduced. In addition, Legislative and regulatory initiatives such as Basel III, Dodd-Frank, and others have significantly changed the financial ecosystem as well.

The Milken Institute works to facilitate a continuing dialogue among key stakeholders in this rapidly changing environment and to improve the established reforms, as well as those under proposal. Over the past year, the institute’s international finance and macroeconomics team held roundtables and discussions with regulators and market participants. It also published nonpartisan and data-driven research to evaluate the efficacy of the intended effects of financial reforms and point out some of their unintended consequences.

This report comprises a synopsis of those discussions, as well as five papers and their summaries, which were produced over the same period.  The papers and discussions highlight the impacts of the current regulations, the influence of the asset management industry on financial stability, and how the strengthened role of central counterparty clearinghouses in the derivatives market affects the resilience of the financial system.