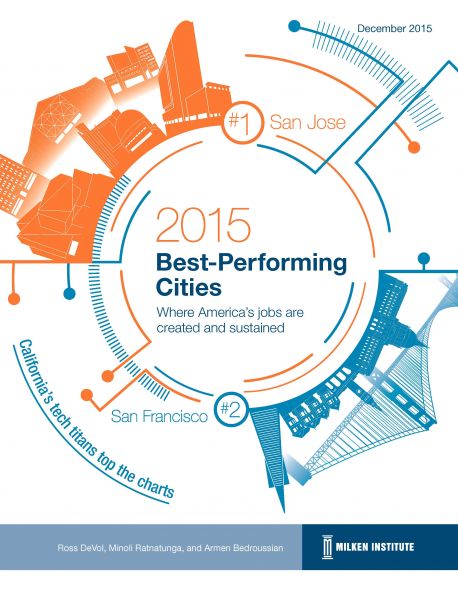 The Milken Institute's annual "Best-Performing Cities" index reveals that technology continues to power America's most dynamic cities. The Top 3 metros all have thriving tech centers: San Jose is No. 1, rising three spots from last year. Close on its heels at No. 2 is San Francisco, which was last year's top finisher. Returning to the No. 3 spot is Provo, Utah. Two Texas cities complete the Top 5, with Austin in fourth place (down from second last year) and Dallas in fifth (up from ninth place). Thanks to their diversified economies, both showed resiliency amid the plunge in oil prices and decrease in exports.

Highlights from "2015 Best-Performing Cities: Where America's Jobs Are Created and Sustained" include: