By John Schellhase and Lena Sun 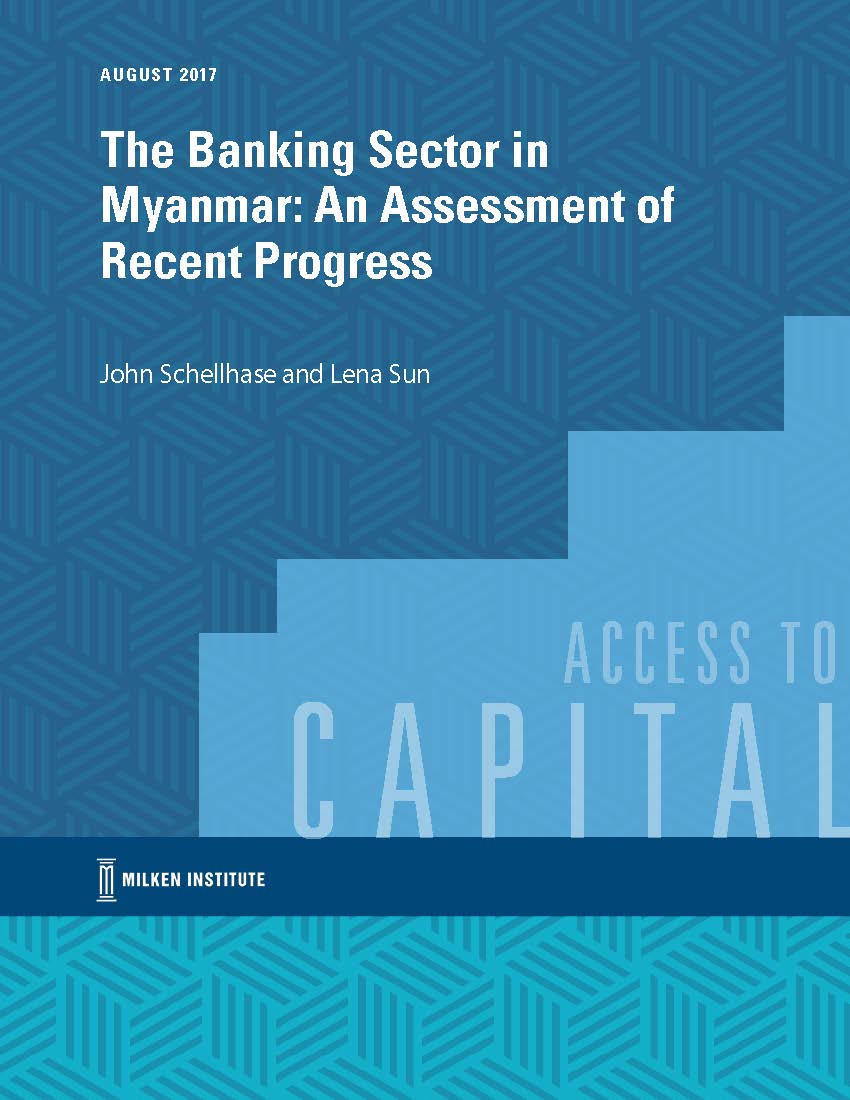 By John Schellhase and Lena Sun

Following steady economic growth over the past seven years, Myanmar’s government has tried to spur private-sector-led growth with a major focus on the banking-sector. As a result, the banking sector has grown significantly while domestic privately owned banks and semi-privately owned banks have pulled ahead of state-owned banks in assets. Yet, compared to its regional peers in the Association of Southeast Asian Nations, the financial sector in Myanmar remains underdeveloped.

Only 17 percent of Myanmar’s population reported having a bank account in 2013. In 2016, the volume of cash held outside the banking system was about 15 percent of GDP, compared to 30 percent placed in bank accounts.

Some of the key factors inhibiting the development of Myanmar’s banking sector are:

Only between 11 and 16 percent of businesses in Myanmar have received a bank loan or have access to a line of credit, and while over 70 percent of Myanmar’s population is engaged in agricultural production, the sector receives less than 3 percent of total loans.

Despite significant growth over the last few years, the banking sector in Myanmar is still not fulfilling its financial intermediation role for the economy. The “Land of Golden Pagoda” needs to overcome several challenges, but it is actively taking steps to reform the banking sector and increase private-sector-led growth.