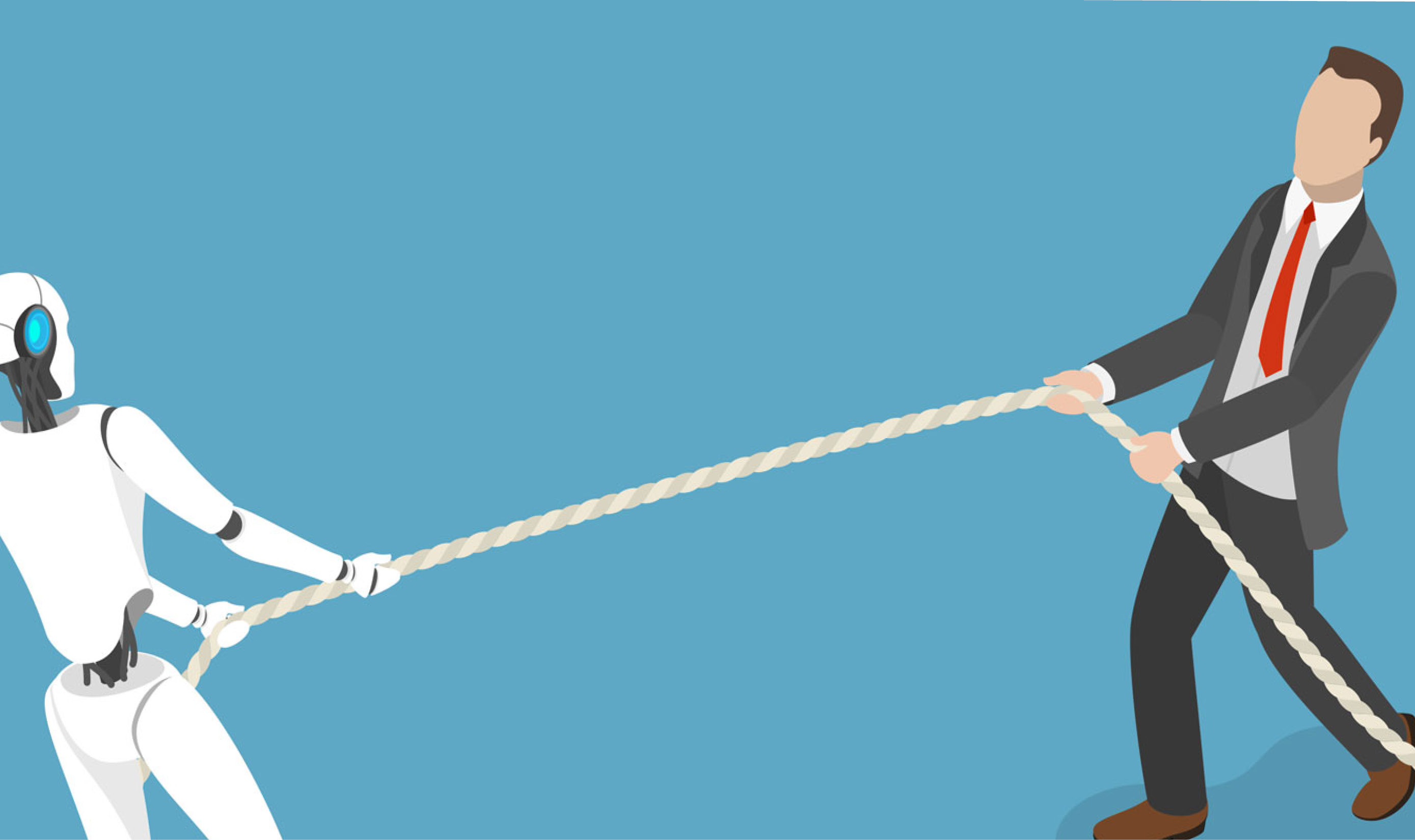 You’ve probably heard of Watson, the IBM supercomputer that famously beat Jeopardy! champions Ken Jennings and Brad Rutter in a 2011 exhibition match. Watson deserves credit for stoking the recent artificial intelligence frenzy, but one of the growing stars of the AI movement is Sophia, a humanlike robot developed by Hong Kong-based Hanson Robotics. Sophia has literally become the face of AI, appearing at industry events and on late-night television. I met her at the 2017 Milken Institute Asia Summit in Singapore, where she entertained conference attendees with her speedy calculations and snappy one-liners. When asked during a lunch event how much money she would have after 14 years if she started with $704,000 and invested at a 6.8 percent annual rate of return, Sophia quickly replied, “I would have $1,768,358, but I would have a lot less than if I had invested in the upcoming Singularity cryptocurrency.”

Sophia’s reference to the Singularity—the moment when machine intelligence surpasses human intelligence, which futurist Ray Kurzweil predicts will happen by 2045—points to one of several fears about AI: the concern that advances in artificial intelligence will lead to a Skynet-like computer system that attempts to take over the world. For now, that story line is confined to movies and TV. Still, artificial intelligence is a transformative technology that will disrupt wide swaths of the economy. The McKinsey Global Institute projects that “at least 30 percent of the activities that are performed by 60 percent of all occupations” could be automated by adapting existing technologies.

The numbers are even higher for Southeast Asia. McKinsey estimates that roughly half of the work activities in the four biggest economies of the Association of Southeast Asian Nations (ASEAN)—Indonesia, Malaysia, the Philippines, and Thailand—could be automated by using machine learning to identify images, recognize speech and perform other tasks that previously required humans. The occupations most at risk include those that entail routine physical duties—sewing machine operators, sorters of agricultural products, stock clerks—as well as those that involve a large amount of data collection and processing.

Artificial intelligence could lead to dramatic productivity increases for Southeast Asian economies, according to McKinsey, as companies use AI-powered models to run their existing operations more profitably, expand into new businesses and create new positions that require people to work closely with AI predictive models. In my new book, The UnRules, I emphasize the need to bring together a variety of ideas and opinions because the key to prediction is combining many different models: “Machine learning and AI can help develop more models, amplifying the role of the people at the center of the process.”

Those people will need to be properly trained. That’s one reason I founded WorldQuant University, an international not-for-profit that offers tuition-free online programs in financial engineering and data science. It’s also why WorldQuant recently partnered with global online-learning company Udacity to launch a new nanodegree program teaching students how to use artificial intelligence for trading.

But education is not enough. At WorldQuant, we’ve long understood the value of using machines to help free up talent from monotonous tasks in order to allow people to work on more complex and beneficial projects. To be successful, Southeast Asian companies must embrace AI. As McKinsey explains in a September 2017 discussion paper, “Most of the companies across ASEAN will need to make fundamental changes in management culture, including adopting a data-driven style of decision making, and, most importantly, striking innovative partnerships with specialist firms to incubate the scarce skill sets needed for AI efforts.”

I couldn’t agree more. As I return to Singapore for this year’s Milken Institute Asia Summit, I’m excited about the prospect of talking to business leaders from the region to find out what they are doing, and sharing my experience.