By Caitlin MacLean and Harlin Singh 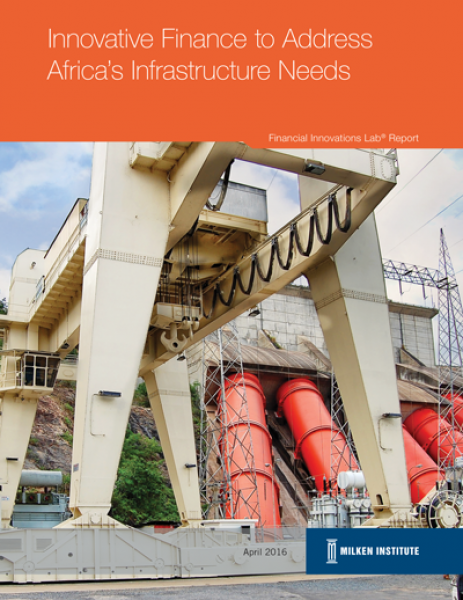 By Caitlin MacLean and Harlin Singh

As of 2015, African state governments had financed infrastructure development on their balance sheets alone, resulting in slower progress constrained by budgetary restrictions. In many regions across the African continent, the poor state of infrastructure was found to reduce GDP by 2 percent annually and to lower business productivity by as much as 40 percent annually. Few local governments had the mechanisms in place to issue bonds, and most local banks lacked the capacity to supply loans needed for long-term infrastructure investment.

To address this, The Milken Institute convened a Financial Innovations Lab in London in October 2015, bringing together leaders from private equity funds, commercial banks, development finance institutions, corporations, and institutional investors, with the goal of producing specific recommendations for infrastructure finance models across Africa. The Lab was one of a series of meetings convened by the Milken Institute in partnership with the US Agency for International Development (USAID), Liquidnet, and Symbion, and aimed to facilitate new types of public-private partnerships.

Virtuous circle for east Africa: Regional capital market integration is the only option