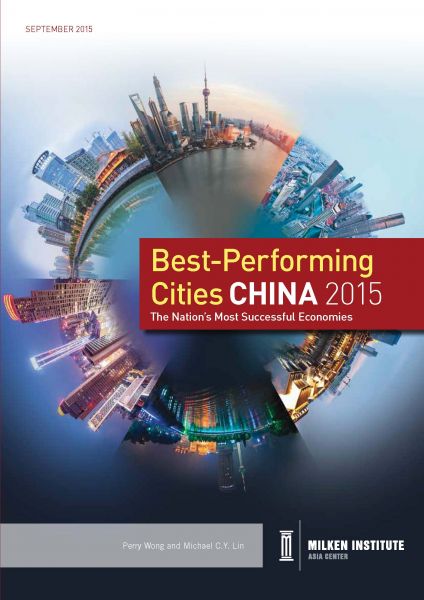 Which cities in China have the most dynamic economies and why? The Milken Institute's inaugural Best-Performing Cities China Report, unveiled today at a press briefing in the Sofitel Wanda Beijing Hotel, identifies the urban areas with the most exceptional economic performance in the country.

The institute's research provides a data-based ranking of 266 Chinese cities at the prefecture level and above. The index rankings are divided into two categories: the largest-cities group includes 34 first- and second-tier cities; the small and medium-sized group includes 232 third-tier cities. The two groups are separately ranked based on actual economic performance, rather than projected success.