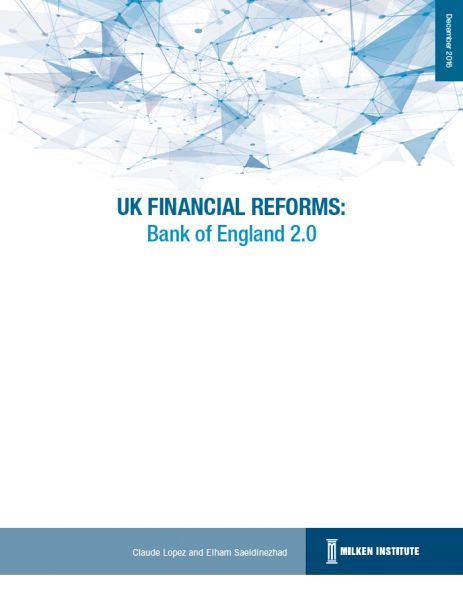 A few months ago, we produced a timetable for the implementation of U.S. financial reform under the Dodd-Frank Act. One of the main observations was that the legislation did little to consolidate regulation outside of banking. In contrast, the analogous UK reform legislation, the Financial Services Act, made the Bank of England (BoE) the center of UK financial and monetary stability. A 2016 amendment confirmed and strengthened the bank’s role. This paper establishes a timeline summarizing the status of financial regulatory reform in the UK. It then identifies some of the forthcoming difficulties, including Brexit and the recent evolution of macroprudential policies among developed countries.

Debt in the Eurozone: Time to Act

Brexit: How Long Does This Carry On?

U.S. Overview: Political and Economic Currents After the Midterm Elections