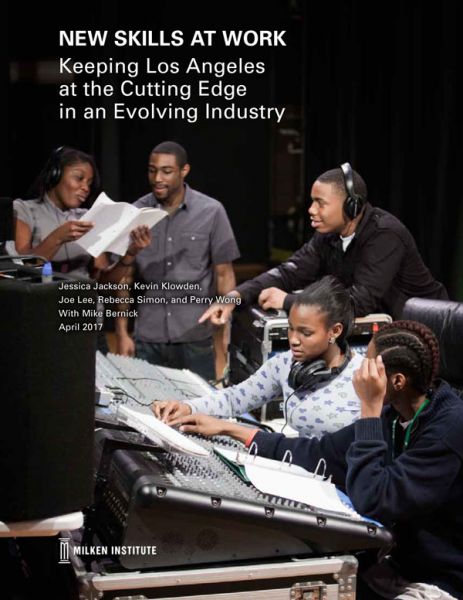 For more than a century, people have created filmed entertainment in Hollywood. Hollywood has been one of the key factors in defining California as a center of innovation and content-creation, and creative workers flock to the state to be part of a community of like-minded people. Workers have a chance to create not only movies, they also have the opportunity to break into television, and ultimately online streaming media.

While the Los Angeles region has long been the epicenter of production, globalization presents challenges and opportunities to the current and future workforce. While traditional production still flourishes, new media has dominated in recent years. With online-based content-creation and streaming platforms—coupled with short-form web-based media—the industry is seeing a massive change in how media is created and consumed. This shift has significant implications for the creative workforce in L.A. and around the world, both driven by the ease in which filming can now be performed in other global locations and the technology-driven new work skills required to adapt to the changing landscape. The key question at the core of our study: Is the workforce properly trained for this adjustment?

Future of Work: Insights for 2021 and Beyond