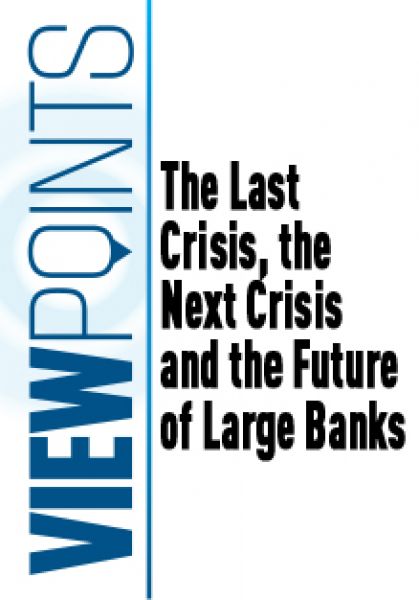 The future of large banks depends on the effectiveness of the post-crisis regulatory system, which is ironic: the reaction of large banks to the 2010 Dodd-Frank law was broadly negative, even while many people working at large banks recognized that changes were needed in the wake of the financial crisis and are now striving diligently to comply with the new regime. But the success of the new regulatory regime now stands between large banks and the political forces pushing for their breakup.

Prepared for the November 2015 Chicago Fed conference, this paper examines the future of large banks by looking at the post-crisis policy response, focusing on how the new tools and legal authorities put in place in the wake of the crisis would have been used had they been available in 2006, 2007, and 2008. While necessarily somewhat of an artificial exercise, such a counterfactual history is still valuable for thinking about the future of the post-crisis regulatory regime.