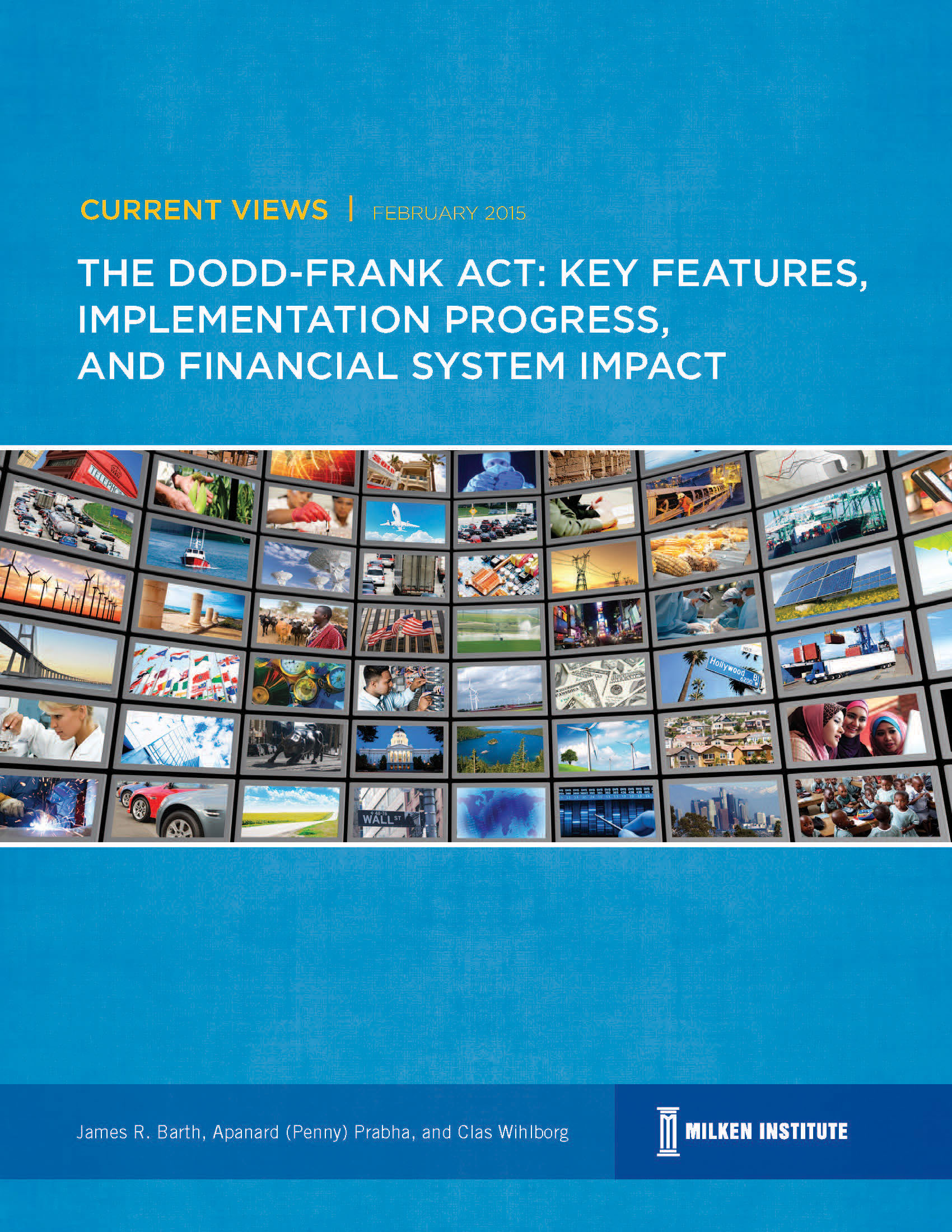 The Dodd-Frank Wall Street Reform and Consumer Protection Act (Dodd-Frank) of 2010 provides for a wide variety of new regulatory and supervisory initiatives with the goal to promote a safer and sounder banking system. The extensive list of initiatives includes more stringent regulatory capital requirements, stricter consumer protections when accessing credit, a new office to monitor and address risks to financial stability, a new resolution process for troubled financial firms whose collapse might cause widespread damage, the prohibition of proprietary trading by banks, greater transparency for derivative instruments, the provision for shareholders of a nonbinding vote on executive compensation, more regulatory enforcement power over credit ratings agencies, “skin in the game” required for originators of assets backing securities, and limits on the Federal Reserve’s emergency lending authority.

The various parts of Dodd-Frank are written in fairly general terms, and the different regulatory agencies have been using substantial discretion in implementing conforming regulations over the past four years, with more work ongoing. It seems fair to say that an important goal of the new law is to strengthen and expand the scope of regulatory powers so that regulators are better able to intervene in a timely manner when troublesome situations arise. If successful, Dodd-Frank will serve as a remedy to the regulatory failures in the build-up to the full-blown financial crisis in 2007–2009.

The purpose of this paper is to put Dodd-Frank into a historical perspective, identify its key features, discuss the implementation progress, and assess whether the law will accomplish its objectives. In Section 2, we provide a perspective in which to better understand how this particular law fits into earlier major laws also enacted to promote a safer and sounder banking system. Section 3 contains a summary of the main features of Dodd-Frank, and progress to date on its implementation. In the fourth section, we provide an assessment of the major parts of the new law, including whether it is likely to fully accomplish what Congress and the president intended when it was enacted. We examine whether the new law can be expected to improve the efficiency and stability of the financial system by (1) reducing the likelihood of regulatory failures, (2) improving market discipline on risk-taking by financial institutions, and (3) reducing the regulatory burden on financial institutions. We offer conclusions and a summary in Section 5.