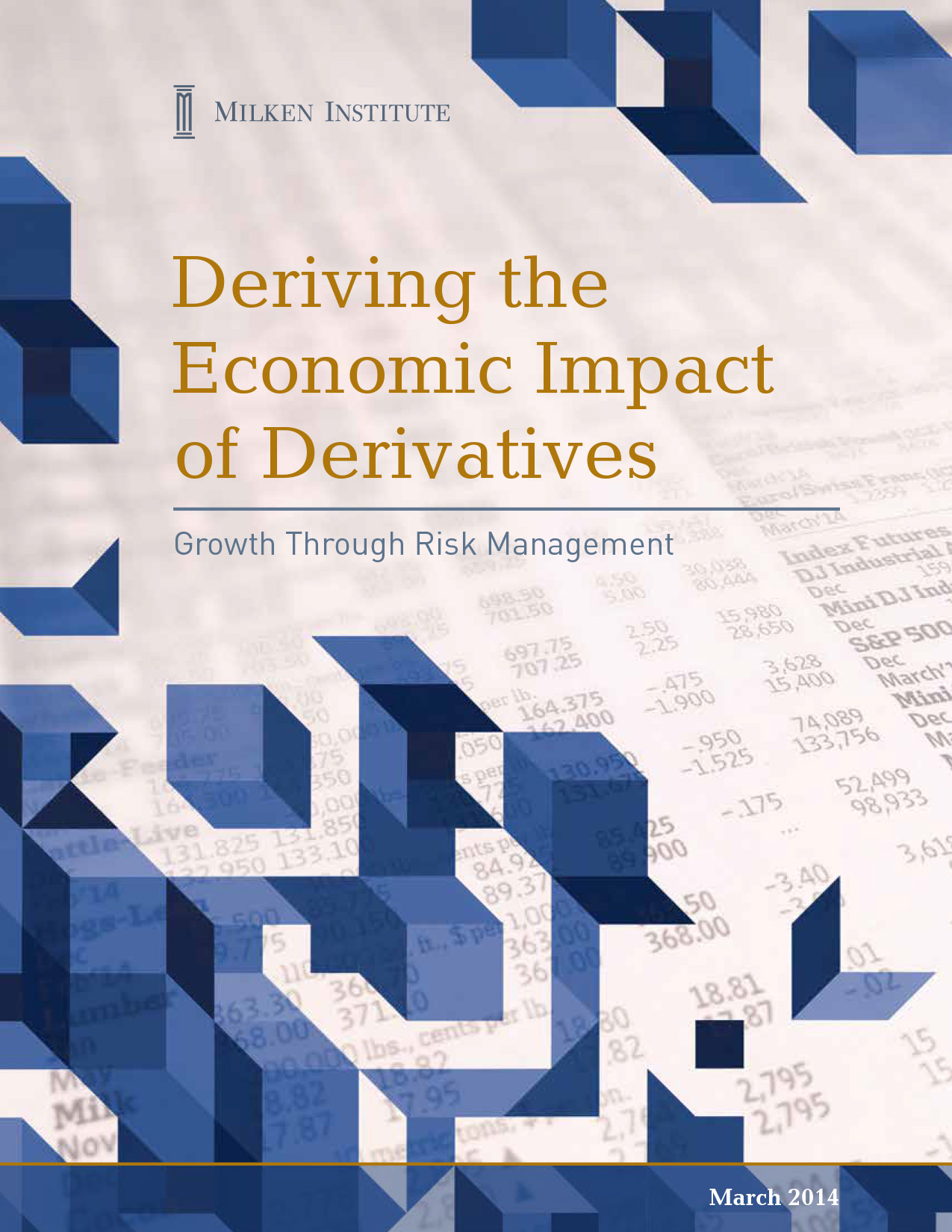 The study found that:
• Banks' use of derivatives, by permitting greater extension of credit to the private sector, combined with the use of derivatives by non-financial firms, expanded U.S. real GDP for about $3.7 billion each quarter from 2003 to 2012.
• The total increase in economic activity was 1.1 percent ($149.5 billion) between 2003 and 2012.
• By the end of 2012, employment had been boosted in these years by 530,400 (0.6 percent) and industrial production 2.1 percent, due to the use of derivatives.

To understand the study's findings, it is important to understand how they were derived. The use of derivatives by banks and non-financial firms has an indirect impact on economic growth via multiple channels. To gauge the overall impact, the analysis is divided into two steps. First, researchers estimated the influence of banks' derivative usage in lending and also the effects stemming from their use by non-financial firms on the value of those firms. Second, researchers linked these results to the economy overall.

Although derivatives influence the U.S. economy in several ways, the Milken Institute research focuses especially on credit extension and firm value. The Institute's statistical analysis demonstrates that the derivative usage by banks allows for a larger volume of commercial and industrial loans, increasing business investment. It also confirms that investors assign higher valuations to non-financial firms that use derivative products—valuations that boost their willingness and ability to expand operations.