By Jessica Jackson and Minoli Ratnatunga with Ross DeVol 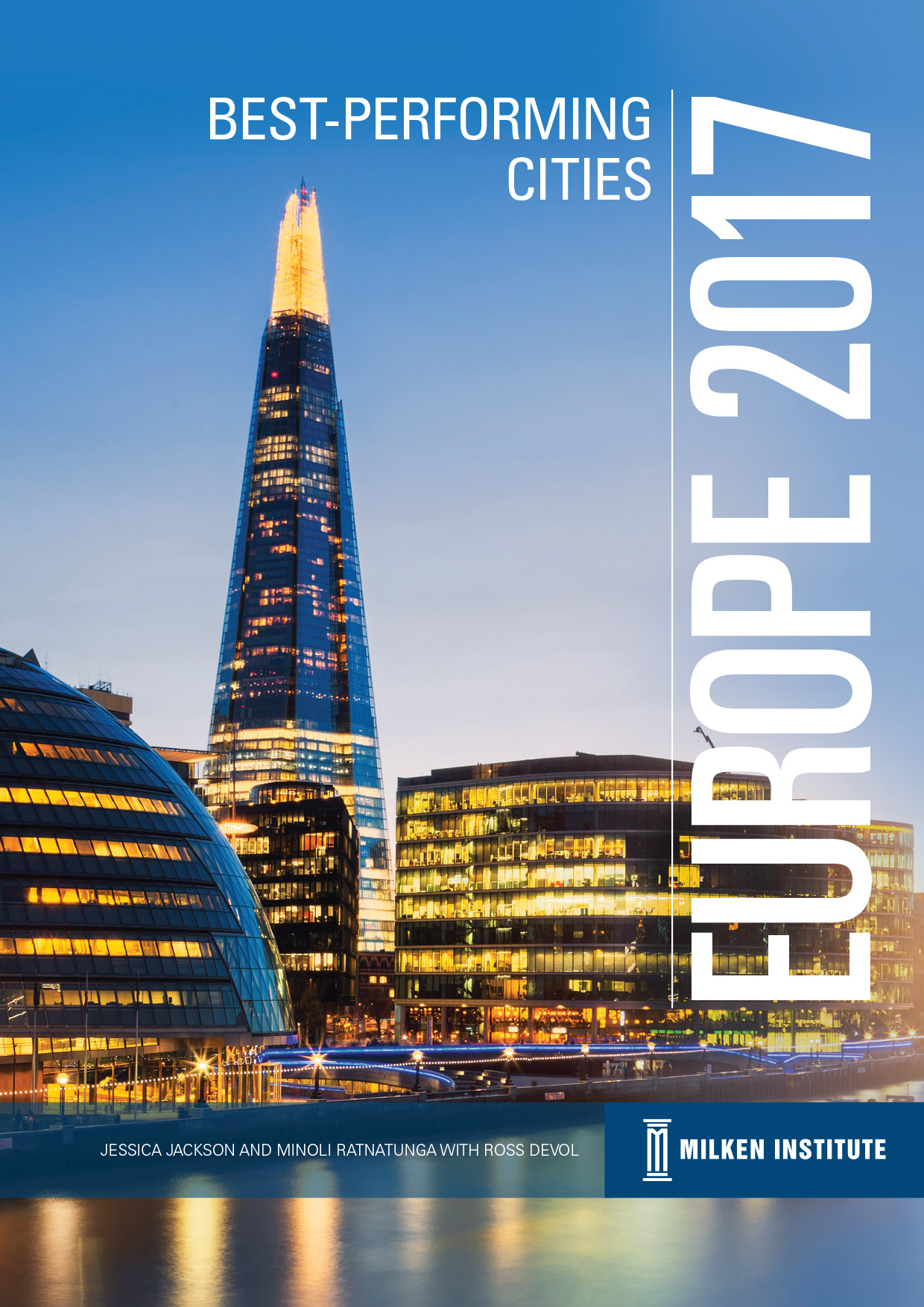 By Jessica Jackson and Minoli Ratnatunga with Ross DeVol

Inner London-East, with its dynamic economy, flourishing information and communication technology sectors, and skilled international workforce is Europe’s Best-Performing City, according to our Index. In fact, three of London’s component regions classified by Eurostat’s Nomenclature of Territorial Units for Statistics ranked among the top tier of 279 regions evaluated in the report released today.

Stockholm, with its thriving tech community and advanced manufacturing sector, ranked a close second, while Budapest, which has been creating new jobs at an unparalleled pace, came in third. Overall, five U.K. cities/regions ranked in the top-20 while four were in Poland.