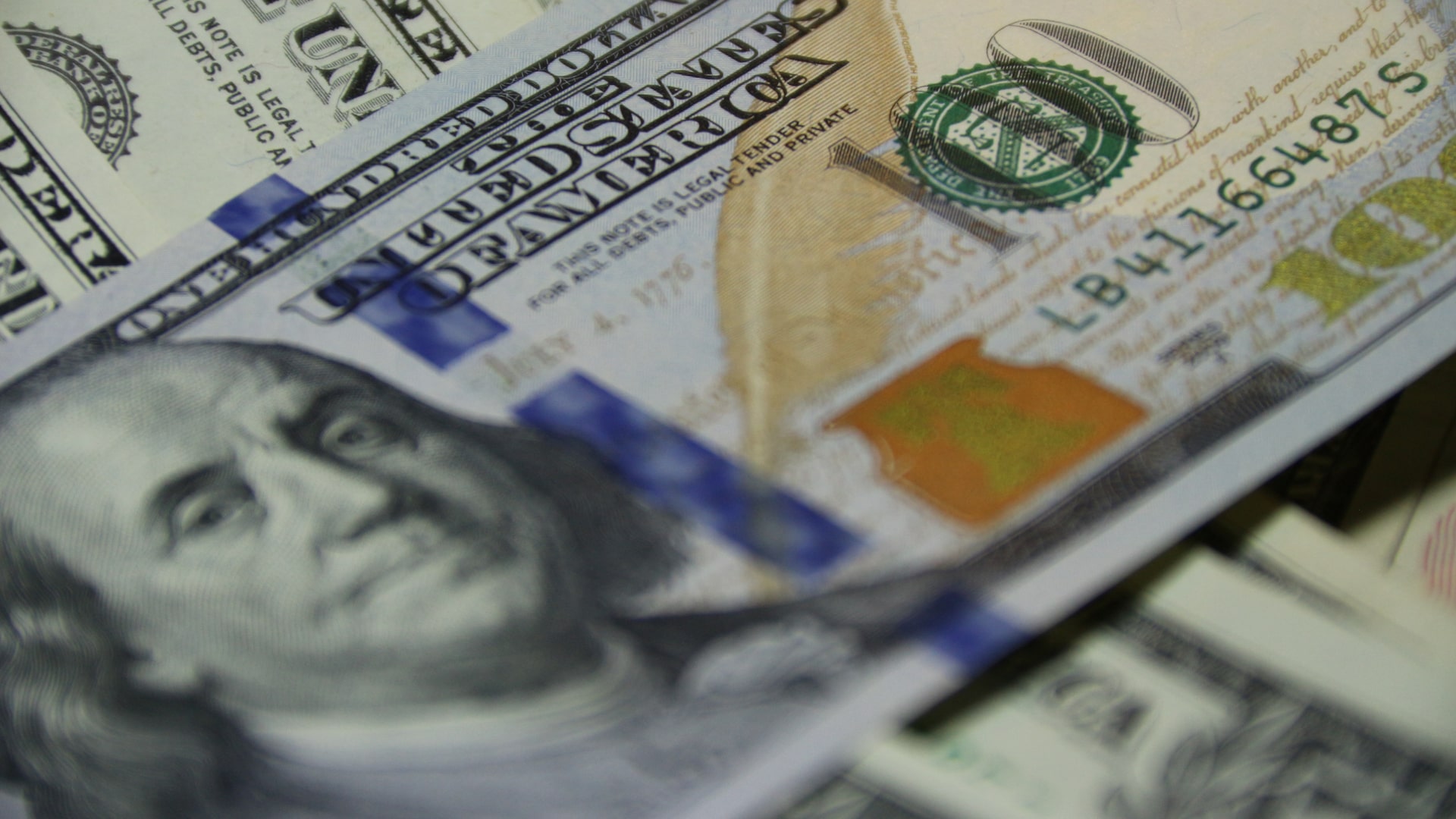 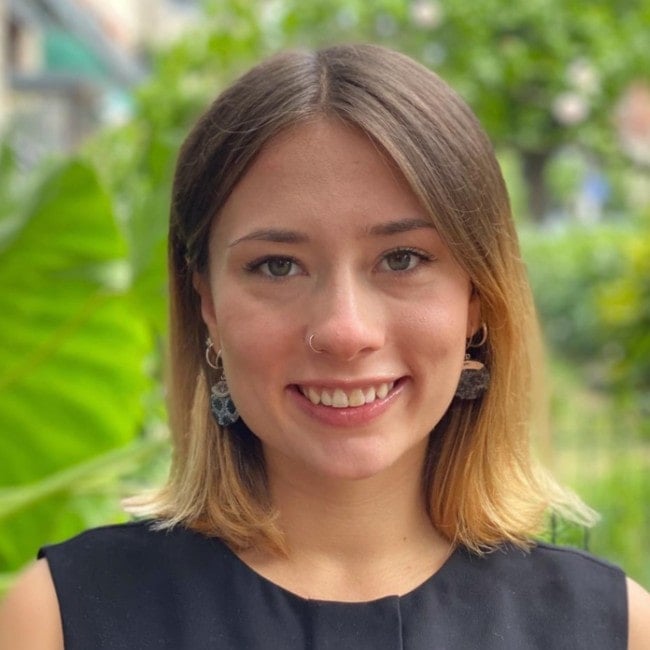 As FinTech applications and digital banking platforms become many consumers' main tool for executing financial transactions, it is not a surprise that government entities throughout the world are using FinTech applications to disburse stimulus funds during the COVID-19 pandemic quickly. According to the Wall Street Journal, FinTech startups in the United States, such as Chime and Current, utilized early second-round stimulus availability to promote their consumer-friendly policies. Prior to disbursement of the second round of stimulus payments, the Internal Revenue Service said, “Some Americans may see the direct deposit payments as pending or as provisional payments in their accounts before the official payment date of January 4, 2021.” The Americans that received their payments early were primarily those that bank with FinTechs rather than larger banking institutions.

Late last month, Goldman Sachs informed employees through an email memo that it has begun internal testing of a new automated investment service ahead of a broader rollout this year, according to CNBC. Tucker York and Stephanie Cohen, co-heads of the consumer and wealth management division, stated in the email, “As we prepare for the public launch in Q1 2021, we are pleased to invite consumer and wealth management colleagues to provide early feedback on Marcus Invest through our beta program.” Marcus Invest users will be able to choose from three model portfolios composed of exchange-traded funds (ETFs) from Goldman and external providers. As large financial institutions and FinTechs compete to digitize financial services offerings, Marcus Invest gives the firm a unique opportunity to differentiate itself by leaning into its wealth management expertise.

While some firms look to expand their investment service offerings, others are rethinking how they serve their customers. Recently, the Securities and Exchange Commission (SEC) charged FinTech firm Robinhood Financial LLC for repeated misstatements that failed to disclose that the firm was receiving payments in exchange for routing orders to trading firms, and for failing to perform its duty to seek the best reasonably available terms to execute customer orders. Given that executing “commission-free” trades is one of Robinhood’s main selling points, customers may be surprised to learn that payment-for-order flow from trading firms in exchange for customer order executions is one of the company’s largest revenue sources. Additionally, the SEC order claimed that “Robinhood customers’ orders were executed at prices that were inferior to other brokers’ prices and the firm deprived customers of an aggregate $34.1 million even after taking into account the savings from not paying a commission.” As a result of SEC’s order, “Robinhood agreed to a cease-and-desist order prohibiting it from violating the antifraud provisions of the Securities Act of 1933 and the recordkeeping provisions of the Securities Exchange Act of 1934, censuring it, and requiring it to pay a $65 million civil penalty.” It is worth noting that this agreement was made without Robinhood admitting or denying the SEC’s findings.

Blockchain platform Telos has launched non-fungible tokens (NFTs) similar to US Treasury bonds and allowing cryptocurrency projects to sell tokens that are locked until maturity, reported by Nasdaq. In a Telos press release, the company clarified that the “T-Bond” NFTs can be sold and traded on secondary markets or used as a yield hedge for tokens offering staking rewards, but are not debt instruments that can be labeled as formal bonds. Furthermore, Telos stated,“T-Bond transfers ownership of the underlying token whenever the NFT is sold, so there is never a debt created.” Though similar to a bond, the valuation of a T-Bond is based on its face value related to its expected time to reach maturity compared to alternative forms of yield. The NFTs will have a lifecycle with three periods: creation, hold/trade, and maturity. As one of the most active blockchain platforms in the world, Telos backed T-Bond NFTs may be the basis for a new class of decentralized finance derivatives.

As activity and innovation within the digital assets arena continue, the Commodity Futures Trading Commission (CFTC) recently released a Digital Assets Primer to provide updated information to the public about emerging concepts in digital assets. The primer was issued and curated by the CFTC’s innovation office, LabCFTC, and is part of a series. Brain Trackman, LabCFTC senior counsel and lead author of the primer, explained, “This Digital Asset Primer builds on LabCFTC’s 2017 Primer on Virtual Currencies, which focused on virtual currencies like bitcoin. The focus of this Digital Asset Primer is broader to include not only virtual currency, but also smart contracts and other digitized representations of value or ownership.” LabCFTC’s primary goal in releasing this primer series is to educate policymakers and industry stakeholders on new technologies and innovations.

The federal government has certainly begun to take a more active role in monitoring and evolving regulatory standards to keep up with the rapid innovation in the digital assets space. The SEC announced in a recent statement that it is allowing special-purpose broker-dealers to custody digital assets under certain conditions. In addition to requesting comments on the “evolving standards and best practices” with respect to the custody of digital asset securities, according to ThinkAdvisor. The statement released by the SEC states its position that “for a period of five years, a broker-dealer operating under the circumstances set forth in the statement will not be subject to a Commission enforcement action on the basis that the broker-dealer deems itself to have obtained and maintained physical possession or control of customer fully paid and excess margin digital asset securities for the purposes of paragraph (b)(1) of Rule 15c3-3.” The five-year period, according to the SEC, will give industry stakeholders time to comply while developing accepted practices and allow the SEC to gain insight on overseeing them.

In one of the highest-profile SEC actions against a cryptocurrency-based provider, the commission filed a suit against Ripple Labs Inc., the company violated investor-protection laws when it sold a bitcoin-like digital asset called XRP, according to The Wall Street Journal. Ripple, based in San Francisco, is specifically being investigated for offering the digital token XRP as an unregistered security to investors globally. The New York Times reported that Ripple had initially marketed XRP as a new kind of currency that would make it easier for financial institutions to transfer money globally, but according to the lawsuit, financial institutions that tried XRP said it was more expensive than other available alternatives. Ripple is also accused of paying financial institutions to continue using XRP for marketing purposes. Following the announcement of the lawsuit, the price of XRP, which had more than doubled in 2020, making it the third most valuable cryptocurrency, had fallen by over $3 billion. The primary violation the suit claims is that XRP tokens were created and distributed by the founders of Ripple, which makes the token a security rather than a currency, according to The New York Times. Ripple’s executive team plans to fight the lawsuit, though the claims against the company have already created quite the ripple effect. This case will be tough to beat as the SEC clearly stated that companies raising money through the sale of digital assets must follow federal securities laws.

Coinbase, one of the largest cryptocurrency exchanges in the US, agreed to stop selling the XRP token after the SEC sued Ripple for offering unregistered securities, the company itself is now being sued. According to Bloomberg, the class-action lawsuit against Coinbase claims the platform knew the XRP token was a security rather than a commodity or currency and “illegally” sold Ripple tokens anyway. This news and lawsuit are particularly inconvenient for Coinbase as it came about two weeks after the exchange filed to go public. Thomas Sandoval and other consumers are ultimately seeking damages for the commissions paid to Coinbase for XRP tokens.

CoinDesk Inc., a Bitcoin-focused media company, has recently acquired analytics company TradeBlock Inc. to enhance its data-driven product offerings within the cryptocurrency industry, according to The Wall Street Journal. Both companies have compelling synergies, as Coindesk is widely known for its bitcoin price index and TradeBlock built its operations around its XBX index. Unlike centralized valuations in the stock market, Bitcoin and other cryptocurrencies trade on multiple exchanges with no definitive price across them. The growing crypto market is lacking an industry-recognized standard index, but with CoinDesk’s acquisition of TradeBlock it is possible one may be developed soon.

Last week, the Monetary Authority of Singapore (MAS) approved measures to better counter money laundering and terrorism financing under changes to the law regulating virtual payment service providers. According to The Strait Times, these approved changes will also significantly strengthen laws governing digital payment tokens (DPTs) to ensure users' assets will be effectively protected. Under the bill, service providers that facilitate the transmission of cryptocurrencies between accounts for payments but do not possess the money or cryptocurrencies involved will be regulated. Previously, only cryptocurrency services that possessed money or the cryptocurrency itself were regulated. It is clear that financial regulators across the globe are monitoring the wide adoption of cryptocurrency and placing consumer protection at the forefront of regulatory efforts.

Earlier this month, the UK Parliament adopted the UK-EU Trade and Cooperation Agreement (TCA), laying out the rules governing the new relationship between the two jurisdictions, according to Business Insider. The January 1 end of the UK’s EU membership status marks the end of free movement and security collaboration, as well as a tougher operational environment for UK-based FinTech firms. The TCA failed to outline guidance for financial services entities looking to smoothly transition into post-Brexit conditions. Two of the primary implications of Brexit for FinTechs are the end of passporting rights that allow EU-based firms authorized in the European Economic Area (EEA) and the stringent visa requirements that need to be met to employ European talent. Additionally, operational compliance regarding data usage will be more complex, as the UK’s Financial Conduct Authority warned financial firms that “they won’t be able to use the EU’s certification standard to share bank data after Brexit, forcing UK FinTechs to comply with different standards in the UK and in the EU.” As the UK experiences yet another stringent COVID-19 lockdown, the timing of the TCA is inopportune for many firms.