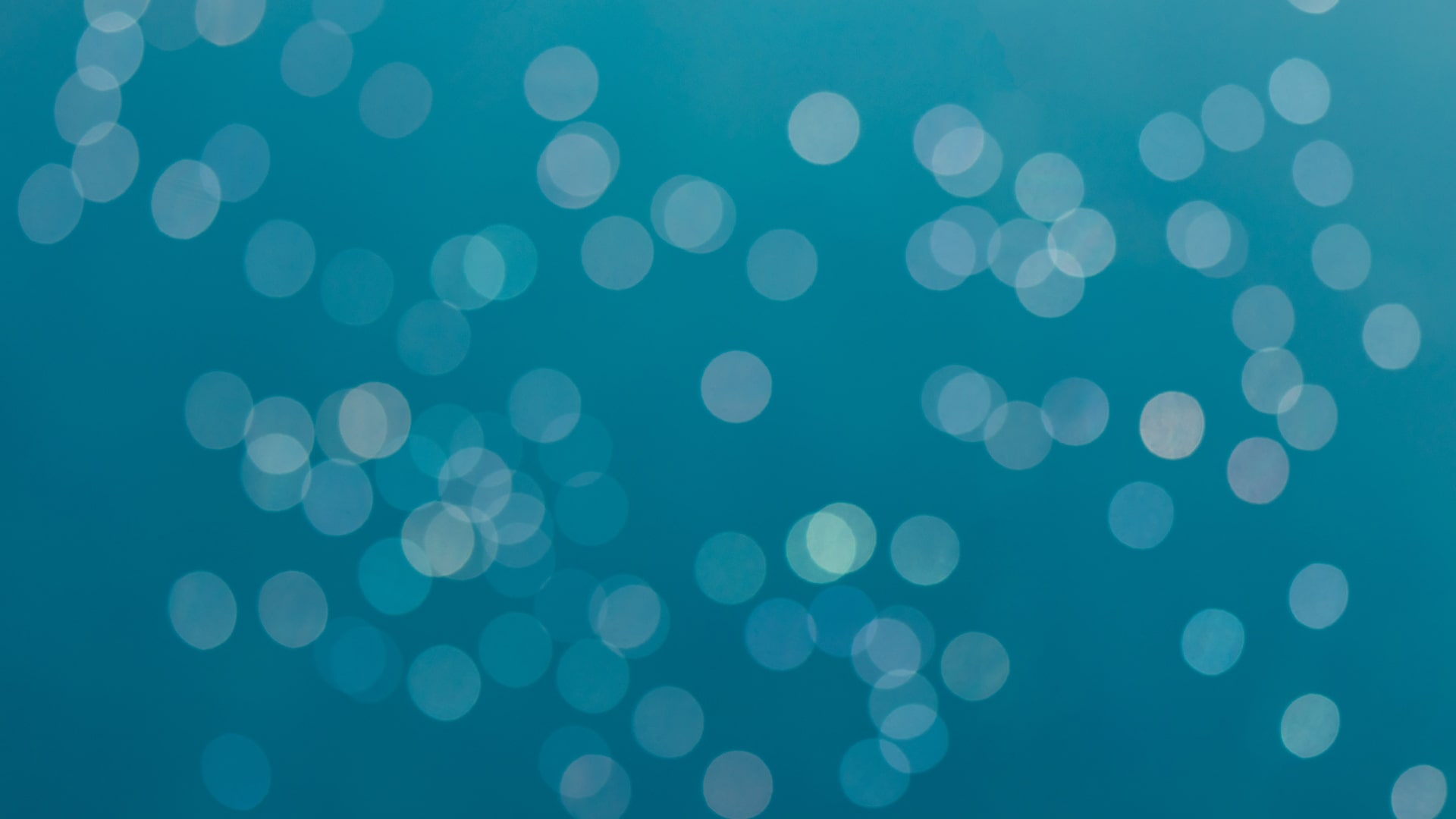 Hello readers! I hope all is well with you and your colleagues, family, and friends as we enter week _(?)__ of quarantine. It has been roughly one month since we last spoke. Yes, this is supposed to be a bi-weekly newsletter, but I’ve got a valid excuse.

The Mueller family welcomed Lochlan into the world on April 30! Mom and baby are doing great, and all are in good health. Doctors say they haven’t seen someone progress this fast in life. Lochlan is already capitalizing the “F” and “T” in FinTech—as should all of you. Nurses say his ability to pump out 10-page FinTech reports at this age is unheard of, though still a far cry from his father’s reports—the near equivalent of War and Peace.

Over the next several weeks, yours truly will largely be focused on finalizing paperwork to register as an accredited zoo, while still paying attention to what all of you are doing out there.

So, with Mueller #3 in one hand and coffee in the other, let’s dive into some FinTech headlines. In this week’s edition, we continue to monitor regulatory and industry responses to COVID-19 as they pertain to FinTech.

As I have stated previously, this is not an exhaustive list of FinTech developments from industry or regulatory bodies in response to the pandemic. However, I’ve put together a list of domestic and global developments that, I believe, merit review.

Capital Markets: The Securities Industry and Financial Markets Association (SIFMA) published a report covering FinTech and opportunities in capital markets. On RegTech, the report states that market participants "are focused on adding fintech applications to existing compliance systems. This is easier to implement versus big transformational projects like moving processes onto DLT platforms." Still, hurdles remain. According to SIFMA, "regulators like to control data in their own region, information sharing issues could prevent the gain of full technology efficiencies. The number of regulations, and lack of global harmonization, is preventing technology from driving efficiencies in regulatory reporting. Additionally, market participants indicate the need for standardization before moving into optimization, a longer-term strategy. Unfortunately, compliance teams have been firefighting rather than dedicating more time to proactively find regtech solutions, given Brexit, CAT, MiFID II, the LIBOR transition and now Covid-19."

CBDC: In an ING blog post titled, “Will Covid-19 accelerate the arrival of digital currencies?”, Teunis Brosens and Carlo Cocuzzo state that the pandemic will accelerate CBDC developments for several reasons, including the decline in the use of physical cash, the rise of political mandates and government support for central banks to introduce CBDC, and potential for the pandemic and de-globalization to "intensify attempts to establish 'national champions' in digital payments, either private or public." As it relates to hosting CBDC on the Libra platform, the authors find that the biggest problem is that "even though Libra added single-currency Libra's and potentially CBDC to the mix, the dreaded multi-currency original is not off the table yet. Authorities will continue to look at this global stablecoin with suspicion, and will probably demand guarantees in some form that it does not threaten monetary autonomy. We doubt whether Libra is able and willing to give such guarantees."

Separately, IMF Senior Financial Sector Expert John Kiff has put together a list of countries where retail CBDC is being explored. The chart is up-to-date as of May 11.

Cryptocurrency & Digital Assets: Eris Clearing, LLC, the clearing entity for ErisX—a platform that offers individuals and institutions access to digital asset spot and futures markets—received approval from the New York Department of Financial Services for virtual currency and money transmitter licenses. The platform also announced it is the first US-based exchange "to introduce Ether physically settled futures contracts." Since 2015, the NYDFS has approved 25 entities to engage in virtual currency business activity in the state.

Meanwhile, OKCoin—a digital asset exchange—has been on a hiring spree after on-boarding Haider Rafique, formerly the head of growth at Blockchain.com, and Megan Monroe-Coleman, a former compliance executive at Coinbase.

Data Access: A class action complaint was filed against Plaid Inc. by two residents of California. The lawsuit claims Plaid "induces consumers to hand over their private bank login credentials to Plaid by making it appear those credentials are being communicated directly to consumers’ banks.... In reality, however, though Plaid does not disclose this, the login screen is created by, controlled by, and connected to Plaid. Plaid executives have acknowledged this process was ‘optimized’ to increase ‘user conversions’—in other words, to provide a false sense of comfort to consumers by concealing Plaid’s role as an unaffiliated third party." The lawsuit also claims that Plaid “uses consumers’ login credentials to obtain direct and full access to consumers’ personal financial banking information for Plaid’s own commercial purposes wholly unrelated to consumers’ use of the apps.... To date, Plaid has amassed this trove of data from over 200 million distinct financial accounts."

Data Privacy: A new report from Brave Research finds the European Union’s GDPR regime at risk of failing due to the lack of technical staff and sufficient budgets for national GDPR enforcers. Among the numbers highlighted in the report, seven data protection authorities (DPA) have two tech specialists or less; half of all national DPAs receive budgets that are €5 million or less; and, of the 305 tech specialists employed at DPAs across the EU, nearly one-third are staffed in Germany's regional or federal data protection authorities. Further, annual increases to DPA budgets have fallen from 24 percent during the application of the GDPR to 15 percent currently.

As the white paper notes, "diverse AML/CFT regulatory landscape applying to the VA space has also led to notable differences in the client data already possessed by VASPs between jurisdictions." Further, "there arises a greater need for the standardisation of the data domain to which VASPs can share data to avoid the proliferation of numerous data models. While underlying source data may not align to the Standard, standardisation of the data domain to which the required data is shared can ease the adoption of such technical solutions by VASPs. Irrespective of the technical solution, data should be expected to be structured in line with the Standard at time of transmission."

Partnerships: Visa struck a partnership agreement with Safaricom, connecting the M-Pesa platform with Visa's global payments network. According to Reuters, under the deal "M-Pesa’s 24 million users and 173,000 local merchants will be linked to Visa’s 61 million merchants and its more than 3 billion cards."

Speaking of joining groups, DBS became the first Singapore-based bank to join Contour's network, built on R3's Corda. The network "focuses on digitalising processes, including the creation, exchange, approval and issuance of letter of credits."

Show Me The Money: Robinhood raised $280 million in a Series F funding round, valuing the company at $8.3 billion. The round was led by existing investor Sequoia Capital with participation from NEA, Ribbit Capital, 9Yards Capital, and Unusual Ventures, among others.

Virtual Banking: UBS is reportedly aiming to launch a digital banking platform in mainland China, a decision that hinges on securing a license. As reported in the South China Morning Post, head of UBS (Asia-Pacific) Edmund Koh believes China's digital banking framework will be in place in June or July.

Brazil: In a press release from the Central Bank, new regulation on open banking "is an important step in the process of digitizing the financial system." The press release provides additional detail on the phased approach to open banking in Brazil, the four phases of which are expected to take place from November 2020 to October 2021.

Kenya: In its latest Capital Markets Soundness Report, the Capital Markets Authority (CMA) states it "may also be the right time to start thinking about completely transforming capital markets transactions into e-mobile where clients are on-boarded, trade and receive cash through their mobile handsets." The report highlights the first anniversary of the CMA Regulatory Sandbox. "Since its inception, the scope of applications include areas such as crowdfunding, tokenization of real estate, E-KYC platforms, Reg-tech and investor portfolio management." However, as the CMA notes, while some applications "meet the admission criteria, practicality of their testing may prove to be a challenge (e.g., those that cut across many jurisdictions)."

Malaysia: The Securities Commission announced that the Guidelines on Recognized Markets has been amended to introduce a new chapter on "e-Services platform." The amendment "will allow operators of e-wallet or e-payment applications to partner with Capital Markets Services Licence holders to distribute capital market products to investors."

UAE: The Central Bank of the UAE and Abu Dhabi Global Market announced they will jointly host the fourth annual FinTech Abu Dhabi Festival to be held from November 24 to 26. Meanwhile, Abu Dhabi Global Market Academy and The Cambridge Centre for Alternative Finance signed a bilateral research agreement "to facilitate tech-enabled financial innovation in the MENA region."

For more on FinTech-related efforts in the UAE and Bahrain, the Milken Institute published two reports covering both countries efforts to promote their respective FinTech ecosystems: “The Rise of FinTech in the Middle East: An Analysis of the Emergence of Bahrain and the United Arab Emirates;” and “Bahrain and the Fourth Industrial Revolution.” The Institute has also held several meetings to discuss FinTech-related developments in the region, including a panel discussion titled MENA: Building the Next FinTech Hub and a private roundtable discussion titled FinTech in the MEA Region: Fostering Unique, Innovative Ecosystems.

US: In California, a bill introduced in the state legislature by Assembly Member Calderon seeks to clarify the definition of securities to provide exemptions for certain cryptocurrencies. According to the legislation, existing law defines a "security" to mean a note, stock, and, among other things, an investment contract. As proposed, the bill "would create an exception from the above definition by providing that a digital asset meeting specified criteria is presumptively not an investment contract within the meaning of a ‘security’.”

Zimbabwe: Back in October, we highlighted several reports that the Central Bank had banned mobile money agencies from facilitating cash withdrawals or deposits, with potentially significant ramifications for the country’s largest mobile money operator, Econet. In early May, the Reserve Bank governor John Mangudya called EcoCash, which is run by Econet Wireless Group, a Ponzi scheme. In addition, according to the Daily News, the Reserve Bank governor "also said that the devaluing of the Zim dollar that was allegedly taking place on the Ecocash platform was destroying the economy."