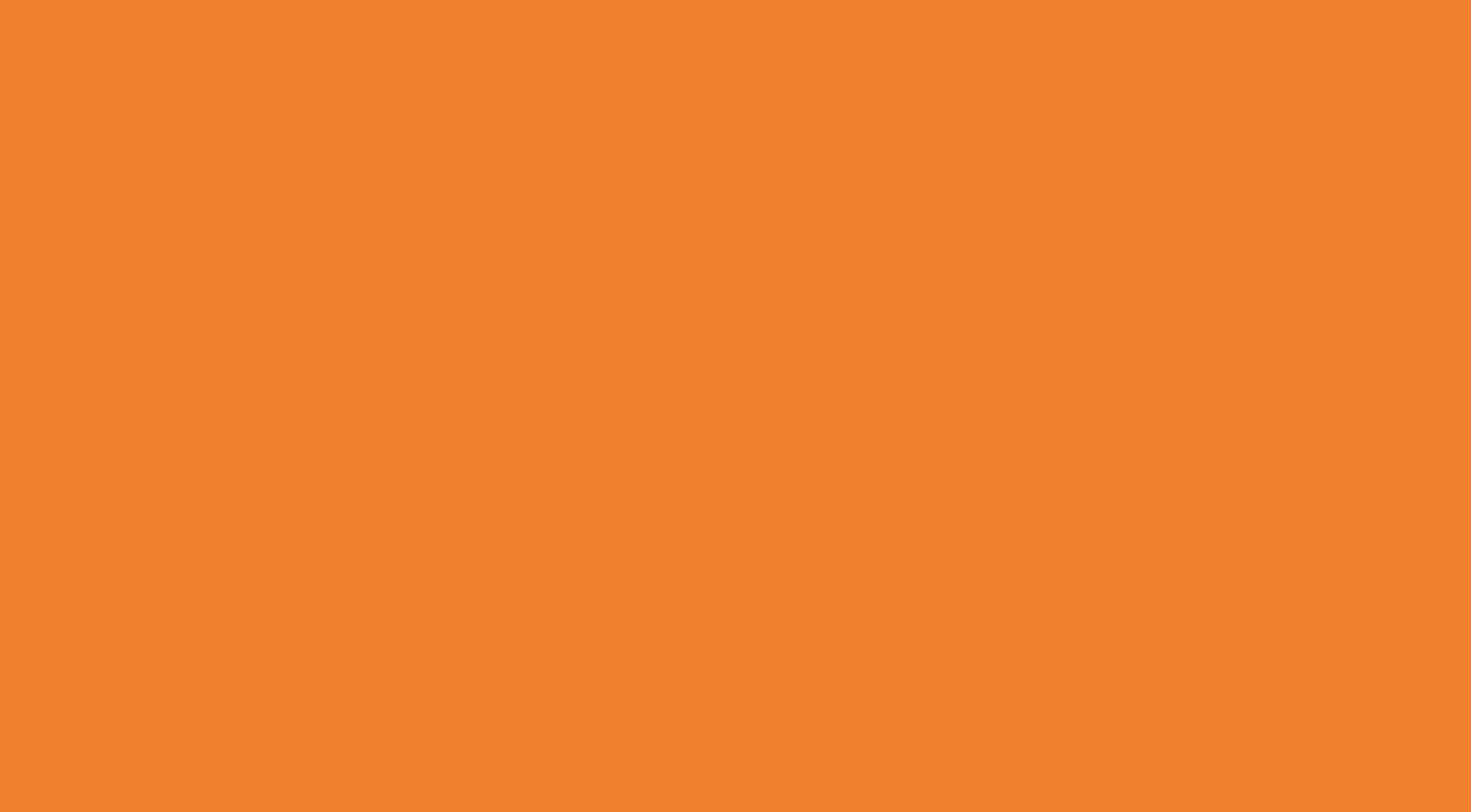 The (Digital) Economy is Fyre Festival

Last week, FT Alphaville’s Izabella Kaminska published a piece on the rise of corporate “mystics.” You know the type. They make heavy use of words like “synergy” and spend their careers accumulating followers on Twitter rather than lines on a resume. According to Kaminska’s perusal, there are 6,158 “evangelists,” 15,145 “thought leaders,” and 245,167 “influencers” on LinkedIn today.

In jest, I responded that the entire economy is Fyre Festival, the ill-fated music and cash-burning festival made infamous by recent Netflix and Hulu documentaries. But the problem is particularly pronounced in the digital economy, where firms that extract capital from investors are celebrated and their leaders are lionized as visionaries. Fyre Festival and its hapless leaders may have been more obnoxious than usual, but the nature of the venture was pretty in line with the digital economy’s norms.

We see it all the time in FinTech, particularly in the exasperating world of cryptocurrency. In fact, cryptocurrency schemes often deceive investors by using the same tactic employed by Billy McFarland: paying “influencers” on Instagram. While McFarland and Ja Rule, his Always on Time accomplice, paid swimsuit models to post about Fyre Festival, cryptocurrency firms will pay pretty much anyone who doesn’t mind giving poor investment advice. Similarly, cryptocurrency “thought leaders” expound on their belief in a decentralized future, but their arguments usually have the added benefit of inflating an asset bubble they are positioned to profit from.

But this type of behavior is not limited to the fringes of the digital economy. It is a key characteristic of tech companies with wild valuations, including some of the world’s most valuable companies. Theranos infamously achieved a $9 billion valuation before collapsing under the weight of its fraud, but Elizabeth Holmes’s talk of saving lives made her an idol in the business community. Uber remains unprofitable and is widely criticized for its treatment of drivers, but Travis Kalanick wooed starry-eyed investors with his mission to “bring transportation to everyone, everywhere”. Tesla’s farcical mismanagement has finally come under greater scrutiny, but Elon Musk continues to distract with his supposedly altruistic mission to save this planet and conquer new ones.

Investors are conditioned to believe these stories because they have seen them work out before. For example, Facebook’s mission to “bring the world closer together” became profitable by selling users’ data for targeted advertising. To varying degrees, most of today’s tech giants have an uncanny tendency to rely on this type of cross-subsidization. However, when you move fast and break things, the mess will eventually have to be cleaned up. Today, a “techlash” has led to a popular outcry for increased protections of consumer data, and regulators around the world are taking action.

But here’s the kicker, the digital economy carried the stock market in the decade since the financial crisis. While other sectors lagged, rising share prices at Amazon, Apple, Alphabet, Facebook, Microsoft, and Netflix accounted for half of the S&P 500’s gain over the past ten years. That type of concentration risk is problematic at the best of times, but when it is predicated on business practices that society may decide it is better off without? Well, make sure to find your tent before the rain starts.

Hello there, FinTech in Focus readers. We’re back after a brief hiatus, and there is no shortage of FinTech news to cover.

Big Tech: Ant Financial acquired WorldFirst, a London-based remittances company, for $700 million. WorldFirst will keep its brand, but the acquisition marks another sign of the growing links between China’s tech giants and Europe’s FinTech firms. Meanwhile, in the latest example of an American Big Tech company teaming up with a large bank, Apple and Goldman Sachs are teaming up on a credit card to be paired with the iPhone.

Blockchain & Crypto: In the last edition of FinTech in Focus, I complained that I am always disappointed when I write this section of the newsletter. There just never seems to be good news. Soon thereafter, however, there was a piece of news that could be very good, depending on how you look at it. JPMorgan announced the launch of “JPM Coin,” a stable coin the firms says will be used in trials in its wholesale payments business. That could be big news, or as Matt Levine writes, it could just be subtraction.

Data Intermediation: Lloyds Bank announced the launch of their open banking platform, allowing its customers to manage their accounts at other financial institutions from the Lloyds app.

Digital Banking: Starling Bank raised $97 million in additional funding, which it plans to use to increase its product offerings and expand into Europe.

Payments: Alipay will expand into 3,000 Walgreens locations, the latest effort by Ant Financial to leverage growing numbers of Chinese tourists into a market presence in the United States. Meanwhile, Dutch payments unicorn Adyen announced it is has adopted a payments service: the European Union’s PSD2 mandate. According to PayPal CEO Dan Schulman, payments will continue to be a very active space, and might become a $100 trillion global market.

RegTech: The Cambridge Center for Alternative Finance announced it is launching a RegTech benchmarking survey, which will include an “evidence-based taxonomy of RegTech firms.” Research is underway, and the report is expected in the first half of 2019.

Wealth Management: SoFi announced its plan to expand its wealth management business, the latest indication of re-bundling in FinTech. SoFi’s plan is to allow customers to trade stocks and exchange traded funds on its platform, bringing it into closer competition with other wealth management FinTechs. Meanwhile, Wealthfront will offer its customers a cash account with an interest rate of 2.24 percent.

“Lessons learned from early regulatory sandboxes highlight that they are neither necessary nor sufficient for promoting financial inclusion. Sandboxes do offer benefits but are complex to set up and costly to run. Experience shows that most regulatory questions raised in connection with sandbox tests can be effectively resolved without a live testing environment. Similar results may be more affordably achieved through innovation offices and other tools.”

Financial Stability Board: The Financial Stability Board released a report on FinTech’s implications for market structure and financial stability. While the report finds the relationship between FinTechs and incumbents is largely complementary, it posits that Big Tech and third party data service providers may ultimately be more impactful on financial services than FinTech. Notably, the report states the shift to open banking may result in more competition in certain services, but also a potential increase for certain risks. The entrance of Big Tech, the report finds, will mean greater competition for incumbents, but may ultimately result in a less competitive market over the long term.

Germany: The German competition authority became the latest regulator to crack down of Facebook’s business model, ruling that users must be able to refuse to allow Facebook to combine their Facebook data with data from third parties.

Lithuania: Here’s an unusual story. Revolut, one of several British challenger banks vying for European dominance, has found itself in a sticky situation that may result in the loss of its Lithuanian banking license. As more FinTech firms look to Lithuania as a gateway to Europe, some Lithuanian policymakers have begun to question whether their financial regulators have the capacity to monitor such firms. Revolut in particular seems to have concerned the head of Parliament’s budget and finance committee, Stasys Jakeliunas. To make matters worse, it turns out Revolut’s CEO, Nikolay Storonsky, is the son of a director at Gazprom, the Russian energy giant with close ties to the Kremlin. That might not seem particularly relevant to Revolut’s business, but Lithuanian politics is marked by a historical fear of Russian interference. These links, combined with the regulatory concerns, have led to an official investigation into Revolut, which may endanger its banking license.

Saudi Arabia: The Saudi Arabian Monetary Authority announced the launch of a regulatory sandbox as part of the government’s Vision 2030 agenda.

United States: The Conference of State Bank Supervisor’s FinTech Advisory Panel released its list of recommendations for state financial regulators. The recommendations include developing a 50-state model law to license money services businesses, creating a standardized call report for consumer finance businesses, building an online database of state licensing and FinTech guidance, developing a State Examination System to simplify examinations of nonbanks operating in more than one state, and expanding the use of the Nationwide Multistate Licensing System among all state regulators and to all nonbank industries supervised at the state level.

Meanwhile on Capitol Hill, FinTech is becoming an increasingly hot topic. Congressman Bill Foster (D-IL) sent a letter to Maxine Waters, the Chairwoman of the House Financial Services Committee, to express his “strong interest in serving as the Chair of the Taskforce on Financial Technology and Innovation that will be convened in the coming weeks.” But perhaps even more impactful, Senators Mike Crapo (R-ID) and Sherrod Brown (D-OH), the Chairman and Ranking Member of the Senate Banking Committee, issued a joint request for information on financial data privacy, protection, and collection. The request includes questions on consumer control, disclosure, and data protection and accuracy at credit rating agencies.

On a related note, the GAO released a report on consumer data protection, outlining the ways policymakers could increase consumer protection through legislation, regulation, and civil penalty authority.

Oh, and one more thing on consumer data protection. Facebook still isn’t off the hook for being bad at it.

Finally, the District of Columbia established a regulatory sandbox without consulting me.