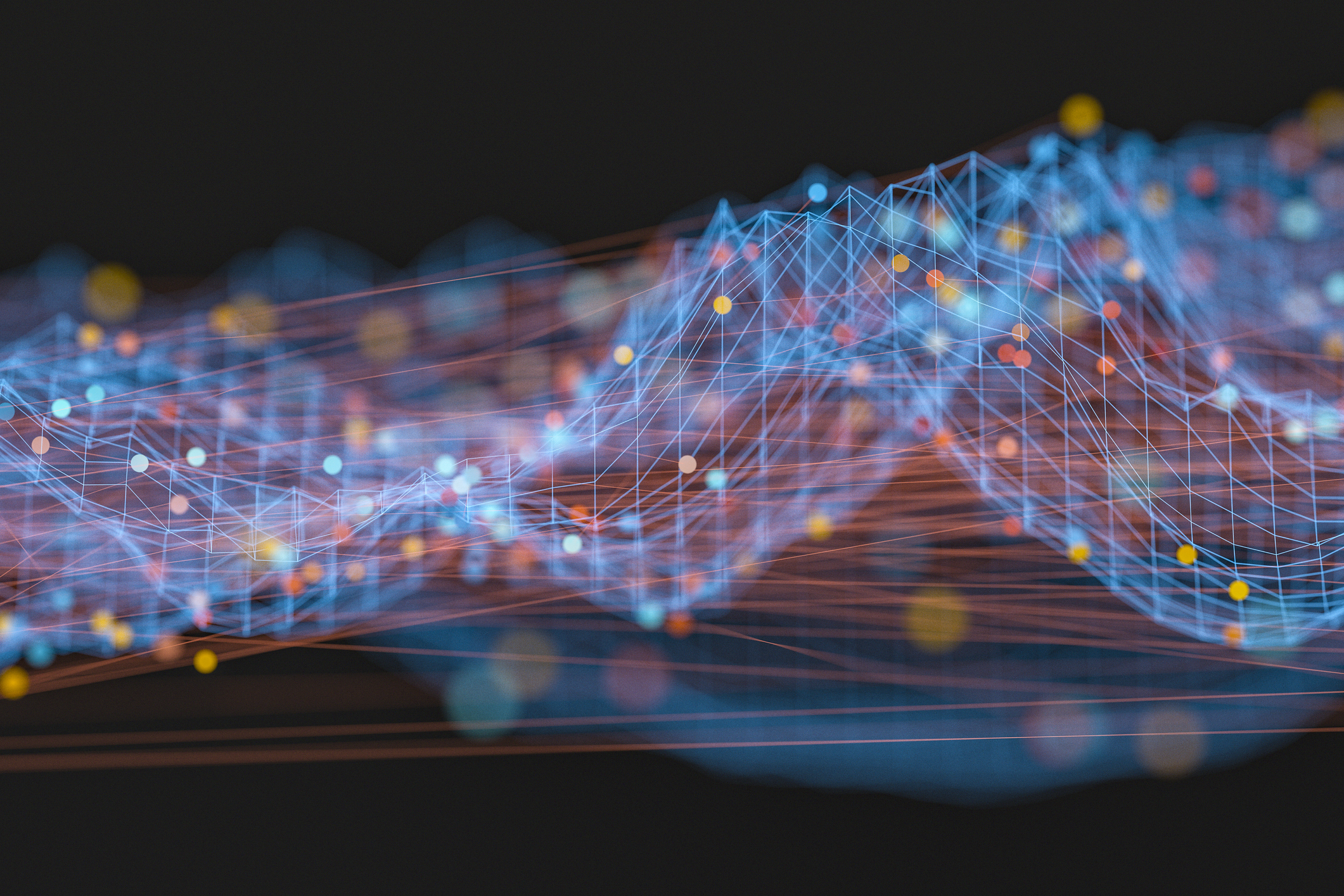 In the tech community, there are a number of biases that need to be addressed. The most glaring of these is gender bias, but there are others as well. One that I keep returning to lately is what I will call “digital bias.” The dawn of the so-called Second Machine Age has created a great deal of excitement, and for good reason. As I have written before, emerging technologies really are changing the game in almost every industry in one way or another. However, digital bias can be costly when it comes at the expense of other crucial investments. Many of the world’s most intractable problems cannot be solved by artificial intelligence, distributed ledger technology, cloud computing, or any other emerging technology. In these cases, the time and money spent looking for an elegant algorithm might be better directed towards establishing good governance and basic infrastructure.

Take the developing world, where the rise of mobile phones and mobile money apps like M-Pesa are the face of the “leapfrogging” phenomenon. Exciting though this may be, Calestous Juma and others have pointed out that the real driver of leapfrogging was investment in telecommunications infrastructure such as cell phone towers and fiber optic cables. To a limited extent, developing countries can piggyback off of this infrastructure to make marginal improvements in many parts of their people’s lives. However, no clever app can substitute for the absence running water or good roads. After all, there is little point in downloading Uber if you don’t live near a passable road.

For a particularly egregious example of digital bias, look no further than the reliably exasperating world of blockchain and cryptocurrency. Following the historic destruction wrought by Hurricane Maria, many in blockchain/crypto community moved to Puerto Rico. In their telling, they did so not (only) for tax breaks, but also to turn Puerto Rico into a digital “Puertopia.” Now, there may be opportunities to use blockchain, for example, to allow Puerto Rican firms to trade self-generated power amongst themselves. That, however, is not a long term solution to the severe shortcomings of the island’s power grid. Before setting out to reinvent the wheel, it would seem prudent to make sure that the lights are on.

This is not to say that Luddism is preferable to digital bias, of course. The unwillingness of many organizations to update legacy systems produces its own set of headaches. Nevertheless, the tech community needs to be cognizant of digital bias and ensure that efforts to provide innovative solutions do not come at the expense of the necessary conditions for economic development.

AltFi: A new study on impact of marketplace lending is out from Sudheer Chava and Nikhil Paradkar from the Georgia Institute of Technology. The paper finds that borrowers who consolidate credit card debt using marketplace lenders see their card balances decline by 47 percent, their card utilization ratios decline, and their credit score increase by 19 points. However, the analysis also finds that after consolidating their credit card debt, these borrowers receive additional credit from their banks. The upshot is that three quarters after origination, these borrowers have higher aggregate debt and are 1.5 times more likely to default on their credit card debt.

On a related note, The Wall Street Journal reports that LendUp Global and Fair Square Financial mailed out 35 million credit card offers in the first half of 2018, compared to 7 million in the first half of 2017. This comes as banks have tapped the brakes on the pace of growth in the credit card sector in the face of rising losses, an opportunity for some FinTech lenders.

Blockchain and Crypto: Speaking of research, the Cambridge Center for Alternative Finance published a report that seeks to establish a framework for understanding distributed ledger technology (DLT). According to the report, DLT is characterized by the ability to ensure shared record keeping, multi-party consensus, independent validation by each participant, evidence of non-consensual changes, and resistance to tampering. Meanwhile, another group of researchers seems to have hit pay dirt by successfully hacking John McAfee’s cryptocurrency wallet. The famously volatile crypto enthusiast tweeted in July; “For all you naysayers who claim that ‘nothing is unhackable’ & who don’t believe that my Bitfi wallet is truly the world’s first unhackable device, a $100,000 bounty goes to anyone who can hack it.” Predictably, his confidence seems to have been misplaced.

Elsewhere Intuit won a patent to process Bitcoin payments via text message, and an unusually elaborate scam in Thailand was successful in stealing $35 million in Bitcoin from an experienced cryptocurrency investor.

Data Access: After a memorably public falling out, Capital One and Plaid seem to be getting along again. Capital One restored Plaid’s access to customer data a few weeks ago and signed an agreement with Finicity.

Digital Banking: Monzo is set to become the latest FinTech from the U.K. to achieve unicorn status after a $150 million fundraising round. That puts the challenger bank’s valuation over $1 billion. This is a sharp increase from their valuation last November just shy of $360 million. It’s been a busy year indeed for the company, having acquired a banking license and launched its trademark pink bank cards. Just this week Monzo launched joint accounts on its platform, and last week, they launched a product specifically for British teenagers.

Payments: The Bank of East Asia is entering the great payments war of 2018 as well it seems, and announced that it will launch i-Payment, a product to allow merchants to accept payments from AliPay, WeChat Pay, Apple Pay, Google Pay, and JETCO Pay on a single device. Meanwhile, Square will allow third party developers to use its platform to create their own payments experiences.

European Union: A draft proposal by Member of European Parliament Ashley Fox includes initial coin offerings (ICOs) in the crowdfunding rules being considered by the Committee on Economic and Monetary Affairs. The proposed regulation would apply to ICOs that raise less than €8 million. The formal proposal is expected in March.

Albania: The Bank of Albania is seeking public input on its draft payments law “On Payment Services in the Republic of Albania.” The draft law seeks to update Albania’s payment system while complying with the EU’s Second Payment Services Directive.

Australia: A report from the Australian government’s productivity commission proposes banning electronic interchange fees altogether, an idea that drew criticism from the Commonwealth bank of Australia. The bank’s chief executive, Matt Comyn, stated, “Australia overall has [some] of the lowest interchange fees in the world… I don’t think there is a single developed payments market that has zero interchange.”

China: The fallout continues from the collapse of Chinese marketplace lenders. Last week, the government announced that it would ban new online lending platforms in the country. Additionally, consumer complaint protocols will be streamlined and convicted fraudsters will be subject to stricter punishment. This comes as Chinese citizens have made their feelings known about the collapse of the industry in recent weeks, and the government has struggled to answer for its part in the industry’s rise and fall.

Saudi Arabia: A Saudi government committee has warned the public not to invest in unauthorized cryptocurrencies, citing the high risks associated with the industry.

United States: Reactions continue to roll in to the Treasury Department’s FinTech report and the Office of the Comptroller of the Currency’s (OCC’s) plan for a special purpose national bank charter for FinTechs. Last week, John Ryan of the Conference of State Bank Supervisors penned an op-ed in American Banker to oppose the OCC’s initiative. Ryan states, “If facilitating fintech innovation and protecting consumers is the goal, preempting state licensing and consumer laws with a federal charter is not the answer.”

Meanwhile, Congressman Emanuel Cleaver’s (D-MO) office released an investigative report on FinTech. The report was particularly concerned with the potential for alternative credit underwriting practices to be discriminatory in nature. The report found that FinTech loans are more likely to be taken out by minority owned companies, more action is needed to limit unfair practices, and the actions implemented by some FinTech firms should be more widely adopted.

Venezuela: Finally, Venezuela is considering creating a central bank for cryptocurrencies because, well, of course they are.