By Michael Stegman and Phillip Swagel 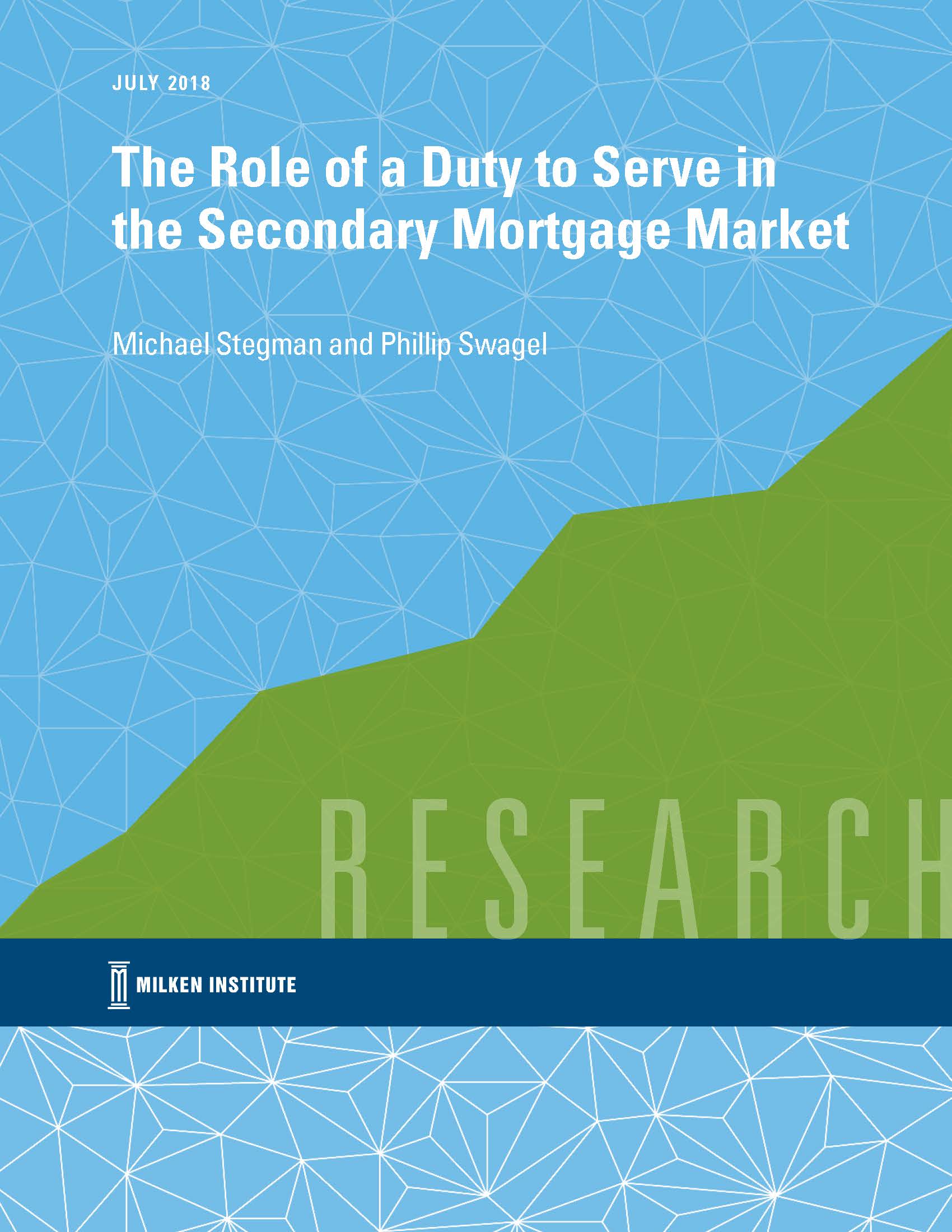 By Michael Stegman and Phillip Swagel

A much-debated concept to support affordable housing is that of a duty to serve (DTS) policy, which would impose an obligation on the secondary mortgage market institutions of Fannie Mae and Freddie Mac or their successors to ensure that adequate lending occurs in specified segments of the primary market. Today, there is a DTS on three areas of housing: manufactured housing, rural housing, and affordable housing preservation. In the policy debate over housing finance reform, there are discussions of creating a DTS that would encompass a broader definition of affordable housing, rather than just these three targeted areas.

This paper first discusses the DTS as it exists now and the broader conception of a DTS in housing finance reform.