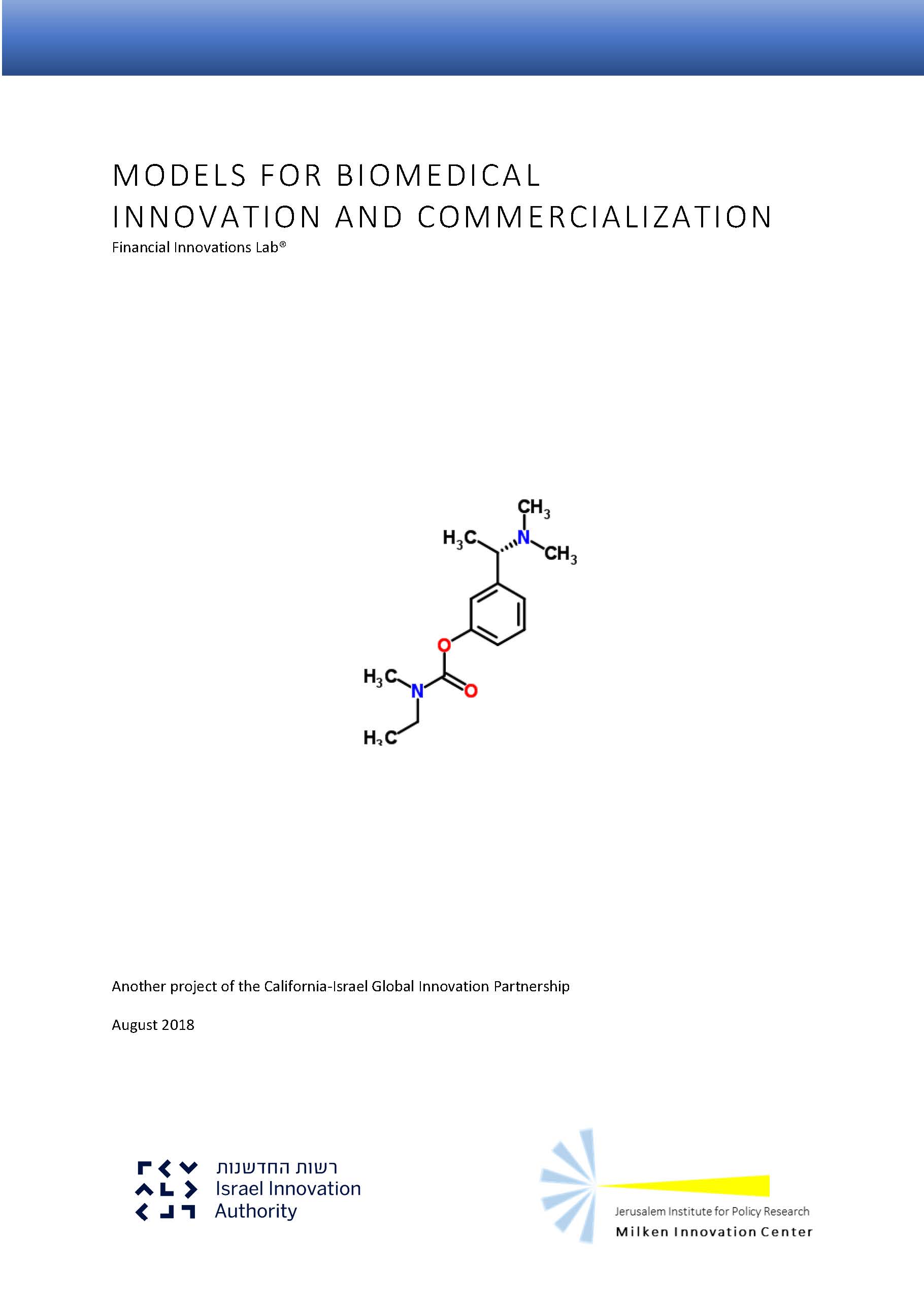 This report relates to a Financial Innovations Lab held in Jerusalem in 2015 that led to new work and major collaborative projects between the Milken Innovation Center and universities in the U.S.. The Lab’s focus was on years’-long pipeline in biomedical development and the numerous funding gaps within it, those aptly named valleys of death that occur when the financing burden becomes too onerous and promising compounds and therapies are left behind, under-developed, or undervalued.

Following the Lab, Milken Fellows completed work in 2016 and 2017 with the Israel Innovation Authority on program and capital structures identified in the Lab1, and the Israel Innovation Authority (formerly the Office of the Chief Scientist) launched a formal Memorandum of Understanding with the University of California to collaborate on joint research and development projects in biomedical development and other fields of mutual interest, and several of the best practices identified in the Lab have been adapted, launched or expanded their innovative business models, including BioBridge and Harrington-BioMotiv. The pace of investment by the world’s leading biomedical/pharma companies in Israeli biomedical ventures, incubators, accelerators, and funds have risen. And the conceptual framework of the research-backed obligation structure presented and discussed at the Lab is under consideration as a collaborative investment and development opportunity between the University of California, Israel, and substantial institutional investors from both markets.

Financial Innovations for Energy Infrastructure: The Grid, Renewables, and Beyond