By David Scharfstein and Phillip Swagel 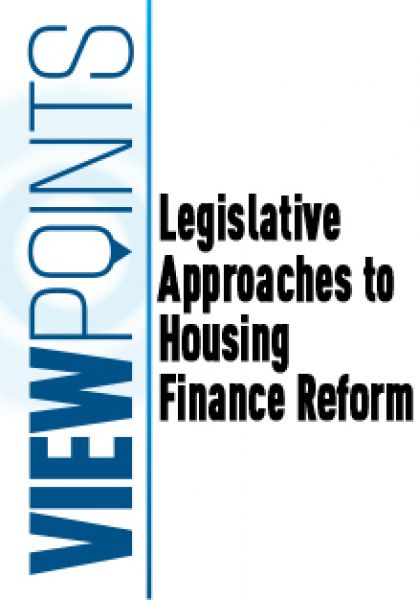 By David Scharfstein and Phillip Swagel

By the standards of the contemporary American political system, proposals to reform the U.S. housing finance system moved relatively far through the legislative process in 2013 and 2014, with different bills receiving positive votes in House and Senate committees before stalling. Prospects for housing finance reform faded in 2015, with Fannie Mae and Freddie Mac—the two firms that purchase mortgages and bundle them into securities with a guarantee—remaining in government control with an explicit government backstop. While it is difficult to say when (or even whether) the U.S. political system will again focus on housing finance reform, the debate over the proposals considered in 2013 and 2014 will inform future efforts. This paper reviews the legislative proposals for housing finance reform, highlighting the common and different features of these proposals and analyzing their economic implications. The paper concludes by looking at the political obstacles facing legislative efforts and discussing the ways in which housing finance is evolving in the absence of legislation.