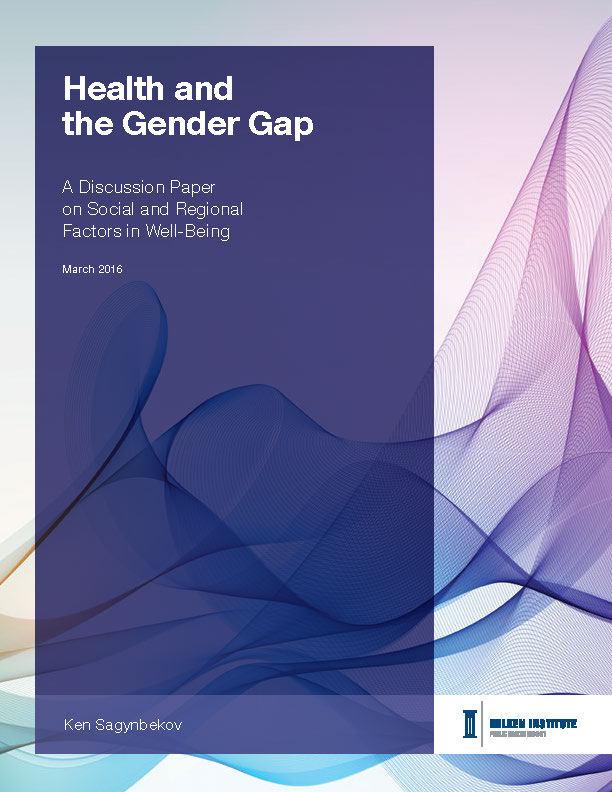 In this discussion paper on social and regional factors in well-being, Milken Institute Health Economist Ken Sagynbekov examines gender-based health disparities across U.S. regions. He assesses the role of social and economic influences on self-reported health. Among the findings: disparity is most pronounced in the South. Sagynbekov also found that women's health was less likely to be influenced by their economic status. "Although women are disadvantaged in terms of socioeconomic factors, they appear to do much better with less than men do with more," he writes.