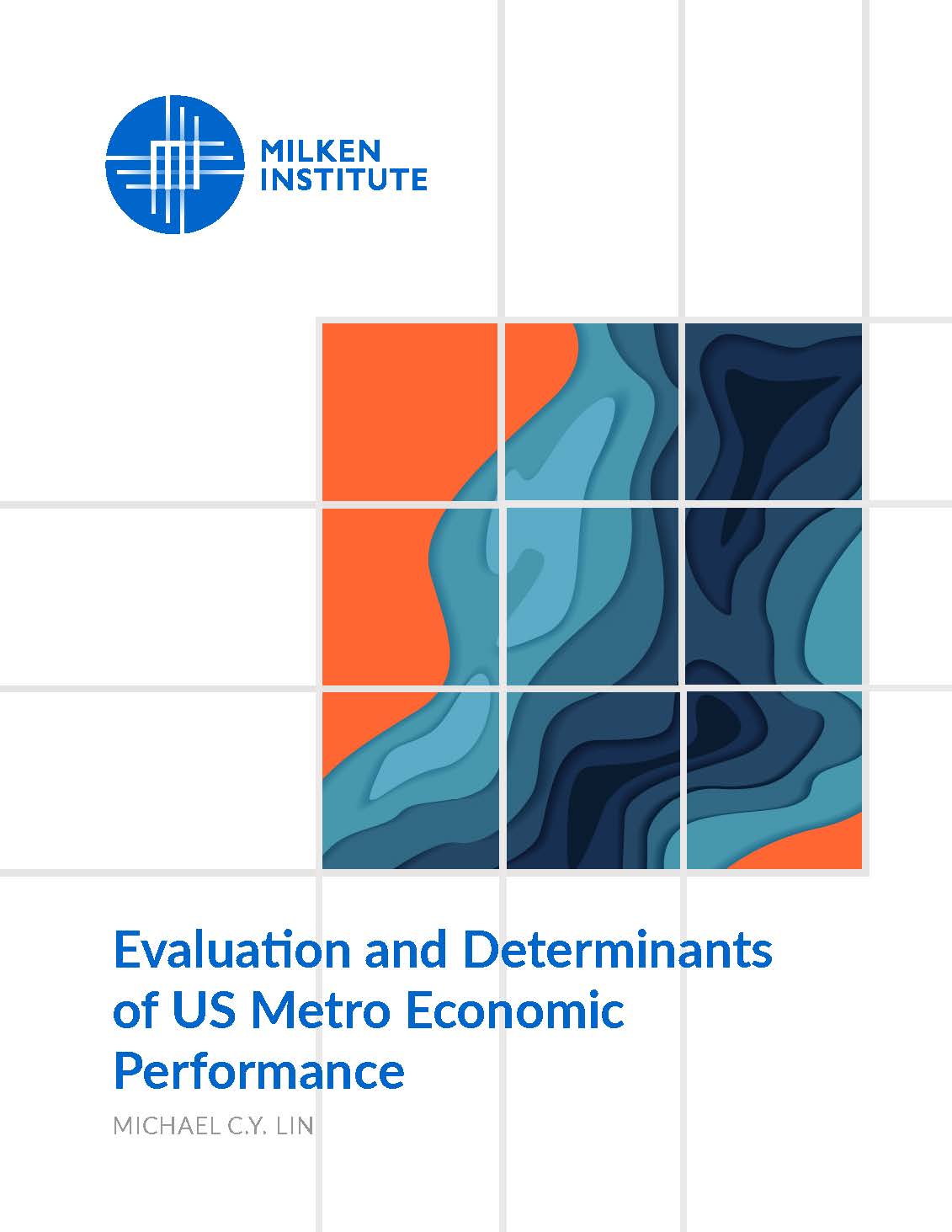 The Milken Institute has published various reports evaluating urban performance. In addition to its flagship Best-Performing Cities series for both the US and China, the Institute has published two Regional Performance over Time papers to advance our understanding of how urban economies perform across years and the key driving forces behind their success. This paper extends our existing work on regional competitiveness by using a supplementary approach.

In evaluating the economic performance of urban economies, some studies construct a single index score from multiple related performance measures and use it for descriptive analysis. Others conduct multivariate analysis by regressing commonly used performance measures, such as employment and wage growth, on a set of explanatory variables. This paper proposes an alternative approach by reducing GDP per capita, labor force participation rate, per capita personal income, and the unemployment rate in 2004, 2006, 2009, and 2014, in which the selected years yield the latest and maximal data while allowing for testing the effect of the recent business cycle, into a single principal component as the response variable for regression analysis.