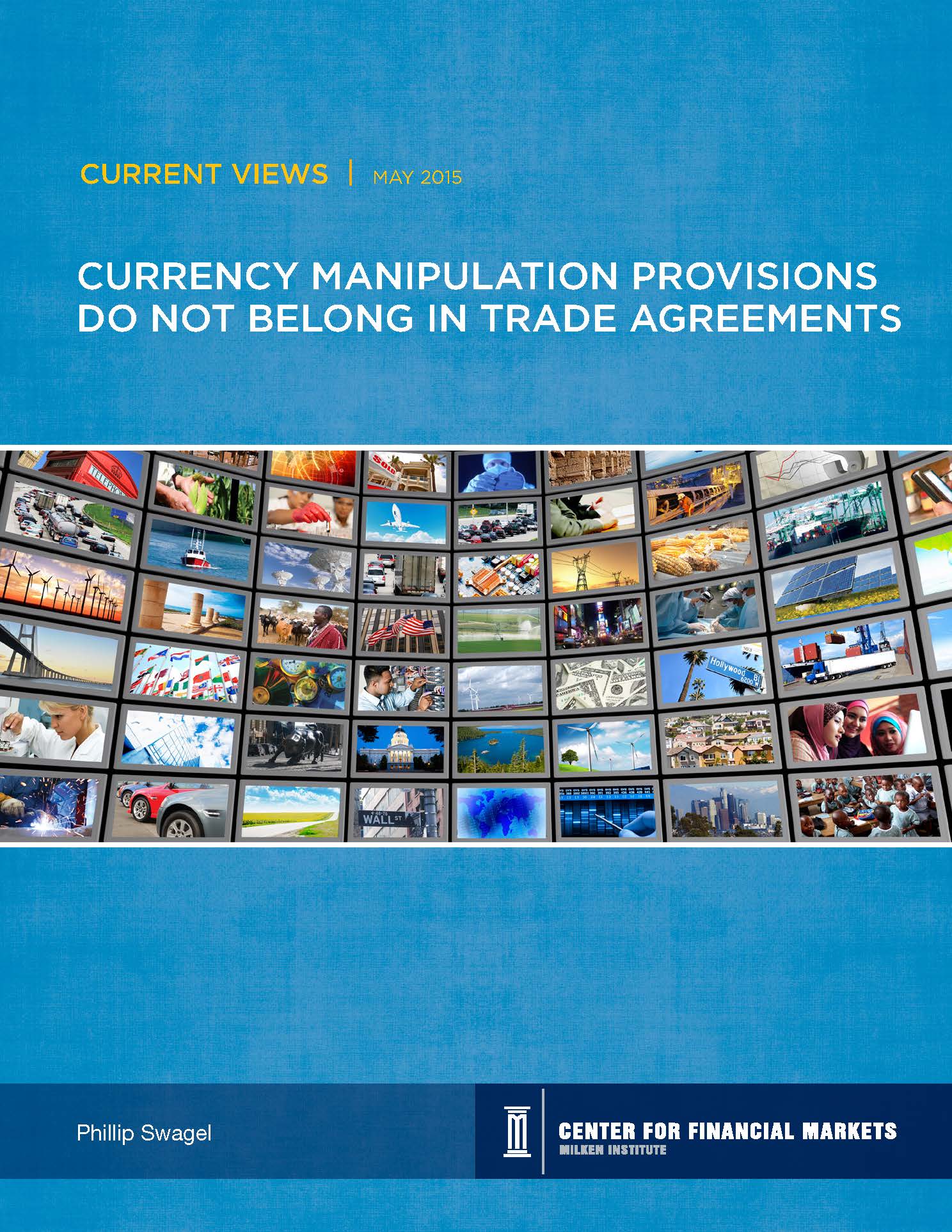 Demands for provisions to stop currency manipulation by foreign governments have become central to the congressional debate over proposed trade agreements, including the Trans-Pacific Partnership and Transatlantic Trade and Investment Partnership, under negotiation with our economic partners in Asia and Europe. Such provisions would require the U.S. to take action against countries that intervene in currency markets to keep their own currencies weak to obtain a trade advantage. Those calling for action against manipulators argue that the practice leads to a wider U.S. trade deficit, which in turn costs U.S. jobs. This assertion is not correct. Read why the idea of including currency manipulation provisions in trade agreements is misguided.