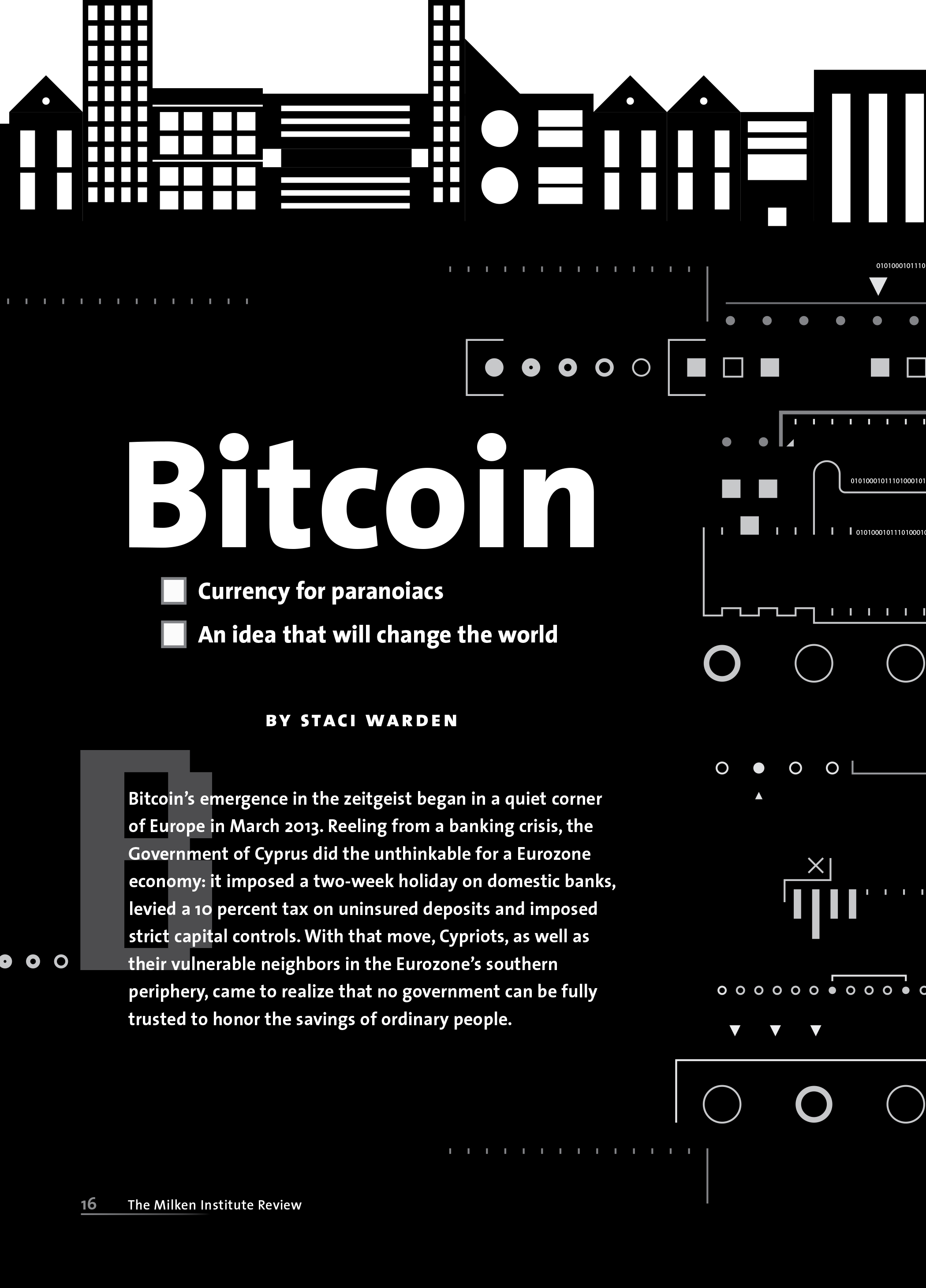 The emergence of Bitcoin in the zeitgeist began in a quiet corner of Europe in March 2013. Reeling from a banking crisis, the Government of Cyprus did the unthinkable for a Eurozone economy: it imposed a two-week holiday on domestic banks, levied a 10 percent tax on uninsured deposits and imposed strict capital controls. With that move, Cypriots, as well as their vulnerable neighbors in the Eurozone’s southern periphery, came to realize that no government can be fully trusted to honor the savings of ordinary people.

FinTech for Inclusion and Sustainability: Video Remarks by Ravi Menon