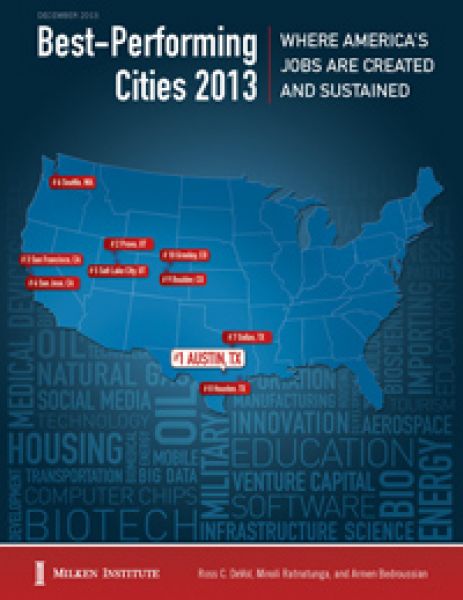 The Milken Institute's annual index of Best-Performing Cities shows that technology and energy are the biggest forces behind America's booming metros.The ranking index shows where jobs are being created and sustained in metros across the U.S. The index includes measures of job, wage, and technology performance to rank the nation's 200 large metropolitan areas and 179 smaller metros. In the Institute's index, employment growth is weighted most heavily due to its critical importance to community vitality. Wage and salary growth measures the quality of jobs created and sustained.

Best-Performing Cities 2017: Where America’s Jobs are Created and Sustained