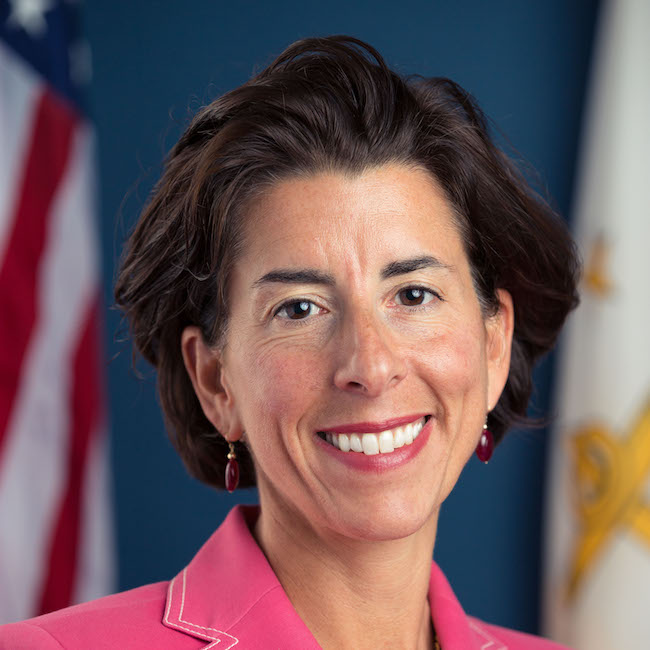 On January 6, 2015, Gina M. Raimondo became the 75th Governor of Rhode Island and the state’s first female governor. In 2018, she was reelected to a second term with the largest margin in decades. During her time in office, Governor Raimondo has made record investments in infrastructure, education, and job training. Under her leadership, Rhode Island became the fourth state in the country to offer tuition-free community college to every high school graduate.

Governor Raimondo is committed to the Affordable Care Act: more Rhode Islanders are insured than ever before, and the state’s official marketplace offers some of the most affordable plans in the country. Governor Raimondo has also been recognized for her leadership in fighting the opioid epidemic and her efforts to increase access to mental health care across the state.

Before becoming Governor, Raimondo served as Rhode Island’s General Treasurer. She has a background in venture capital and holds degrees from Harvard, Oxford, and Yale.