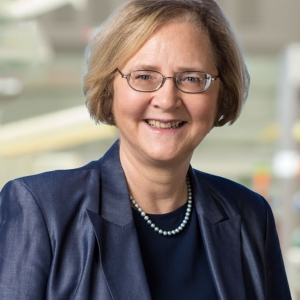 Throughout her long career in science, Dr. Blackburn has been a leader in the area of telomere and telomerase research, having discovered the molecular nature of telomeres – the ends of eukaryotic chromosomes that serve as protective caps essential for preserving the genetic information – and co-discovered the ribonucleoprotein enzyme, telomerase. She is also known for her championing of diversity and inclusion in the sciences. Currently, Dr. Blackburn and her UCSF research team continue their work with various cells (including human cells), with the goal of understanding telomerase and telomere biology. She and her research team also collaborate in a wide range of investigations of the roles of telomere biology in human health and diseases, through clinical and other human studies.

Born in Australia, Dr. Blackburn earned her B.Sc. and M.Sc. degrees from the University of Melbourne, and her Ph.D. from the University of Cambridge in England. She was a postdoctoral fellow in the Molecular and Cellular Biology Department at Yale University. Professor Blackburn has won many prestigious awards throughout her career including Nobel Prize in Physiology or Medicine, the Albert Lasker Medical Research Award for Basic Medical Research, and in 2007 was named one of TIME Magazine’s 100 Most Influential People.