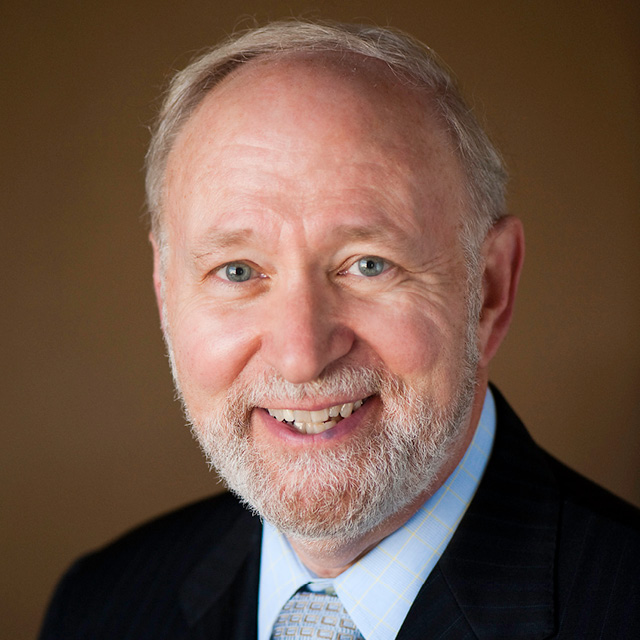 Michael Klowden is CEO of the Milken Institute. Under his leadership, the Institute has dramatically enhanced its research capabilities and its worldwide outreach.

Since guiding the Institute through its transition from a private foundation to a publicly supported charitable organization, Klowden has overseen the launch of major research initiatives, from tracking the development of nascent capital markets to estimating the cost of preventable chronic disease to the U.S. economy. He has kept the Institute focused on some of the key challenges facing the United States and the world, including job creation and economic recovery, improving the efficiency of medical research, and increasing investment in renewable energy.

Under Klowden's leadership, the Milken Institute's annual Global Conference has become one of the world's premier business, finance and policy gatherings. As its agenda has grown steadily more ambitious, the conference has become a major media event, recognized for its effectiveness at bringing together the public and private sectors for constructive problem-solving. Klowden has also overseen creation of the Milken Institute Associates and the Young Leaders Circle, networks of supporters around the globe that provide the Institute with a deep pool of expertise.

He also provided leadership as the Institute established a major presence in Washington, D.C., home to Faster Cures, the Center for Financial Markets, and The Milken Institute School of Public Health at The George Washington University, as well as the opening of offices in Singapore and London.

Klowden joined the Institute in 2001 from Jefferies Group Inc., a global investment bank and institutional securities firm. As president, he was responsible for directing Jefferies' transition from being primarily a trading firm to becoming a full-service investment bank.

Prior to joining Jefferies, Klowden was a senior partner at Morgan, Lewis & Bockius, an international law firm he helped expand to more than 1,000 attorneys. In addition to serving as one of the four members of the firm's management committee and managing partner of the Los Angeles office, he was responsible for a sizable business and finance practice. Before that, he was a partner at Mitchell, Silberberg & Knupp, where he practiced business law and represented major clients in the entertainment industry.

Klowden received a bachelor's degree from the University of Chicago, where he now serves as a trustee, and a JD from Harvard Law School. He has served on numerous for-profit and charitable boards.