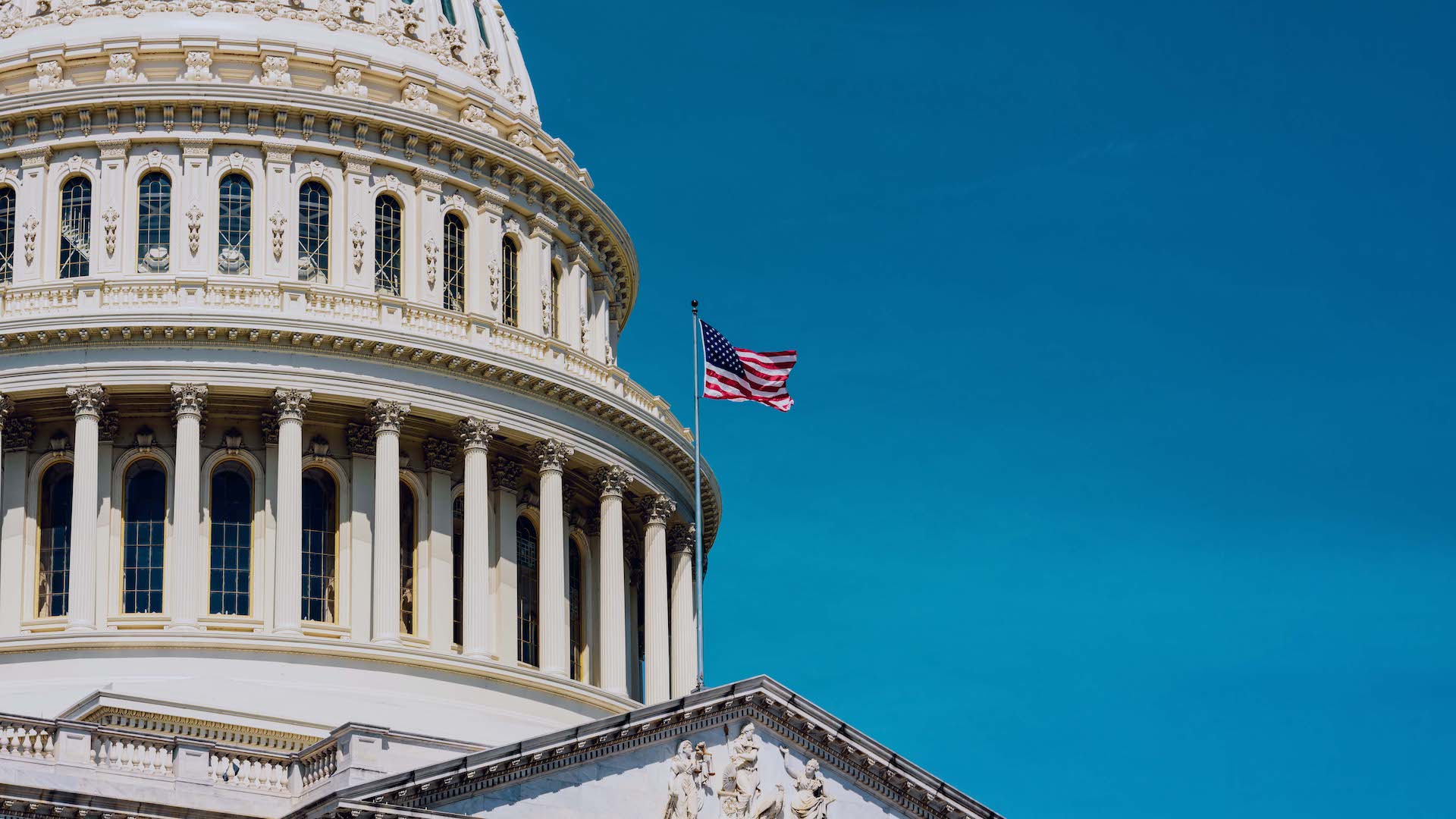 Notably, several lawmakers questioned the integrity and transparency of the payment-for-order-flow model that Robinhood uses to execute trades through market makers, such as Citadel. Rep. Bill Foster called for more transparency offered to users given that the publicly available “reports smaller investors can access on pricing and execution don’t make it easy to compare between brokers.” He also suggested that “it seems like if I was a customer of you or one of your competitors (Robinhood), what I would want to see is, you know, I just executed a trade of $2,000, I got X percent better or worse than a reference price.” The CEO of Robinhood, Tenev, pushed back against critics of the payment-for-order-flow model and stated that “it is legal and regulated. It has become the commission-free trading standard.” In agreement, Griffin of Citadel stated that “I do believe that payment for order flow has been a major source of innovation in the industry.”

Another frequent line of questioning pertained to the ethics of short-selling. Both Rep. Nydia Velázquez and Rep. Blaine Luetkemeyer were particularly focused on exploring regulation to limit the amount of short interest there can be on a security. Rep. Velázquez asked Gabe Plotkin, CEO of Melvin Capital, if he would support regulation on short-selling. Given that his fund has a long/short strategy, he did not directly answer the question but stated: “if those are the rules, I’ll certainly abide by them.” Rep. Luetkemeyer asked Griffin and Plotkin to expand on whether limits should be placed on short interest, as the exceptionally high short interest in Gamestop’s stock may have led to its volatile stock price. Griffin ensured lawmakers that the short interest of 140 percent in GameStop was an exceptional and a rare incident that may not need to be quelled by regulatory efforts.

You can watch the hearing by clicking here.

Earlier this month, Tesla CEO Elon Musk announced that the company had invested $1.5B in cryptocurrency, the largest investment in crypto done by a US business to date. While this decision certainly helps Bitcoin shed its reputation as being too volatile for large corporate investments, it also reveals a regulatory gap in accounting principles. According to Bloomberg Tax, although there have been at least three requests for updated US generally accepted accounting principles (GAAP) with guidance for material holdings in digital assets, they have all been formally rejected by the Financial Accounting Standards Board (FASB). Prior to Tesla and MicroStrategy Inc.’s decision to hold a significant amount of digital assets on their balance sheet, companies were allowing customers to use cryptocurrency for transactions but would quickly transfer those payments to cash. In the absence of GAAP standards, Tesla’s Bitcoin holdings are treated as intangible assets, which, as reported on the company’s annual filing, could negatively impact its earnings if there are impairments to the value of the currency.

As other large institutional investors and banks continue to build their own cryptocurrency-oriented platforms, it is clear that digital assets are becoming more mainstream. BNY Mellon, one of the country’s oldest banks, announced in a press release that the bank is launching an integrated service for digital assets, according to PYMTS.com. The company stated in the press release that Mike Demissie, head of advanced solutions at BNY Mellon, is leading the team as they design “the industry’s first multi-asset digital custody and administration platform for traditional and digital assets.” This will make BNY Mellon the first US financial institution to start holding and transferring cryptocurrencies for asset management clients. The announcement also follows an interpretive letter drafted by the Office of the Comptroller of the Currency (OCC) in July that allows federally chartered banks to provide custody services for crypto assets. It remains unclear whether the Biden-administration will roll back this decision.

The decentralized and anonymous nature of cryptocurrencies has garnered criticism from regulators concerned with its use among terrorists and illicit dealers. The recently published Chainalysis 2021 Crypto Crime Report notes that cryptocurrency-related crime fell significantly in 2020. The report states, “While in 2019, criminal activity represented 2.1% of all cryptocurrency transaction volume or roughly $21.4 billion worth of transfers. In 2020, the criminal share of all cryptocurrency transactions fell to just 0.34% or $10 billion in transaction volume.” This decline in criminal activity could be due to increased scrutiny and enforcement action by regulators, as well as a possible off-setting effect caused by more mainstream use of crypto.

The State of California’s consumer protection agency recently signed a data-sharing deal with several FinTech companies to mitigate risks and evaluate benefits as certain cash advance apps grow, according to Yahoo Finance. This deal follows the establishment of the California Department of Financial Protection and Innovation’s (DFPI) new oversight and enforcement authority under the California Consumer Financial Protection Law. According to Yahoo Finance, the deal essentially involves five California-based earned wage access companies (Earnin, Even, Brigit, Payactiv, and Branch) agreeing to deliver quarterly reports to the DFPI starting in April. These reports will include how their products are impacting customers and each company's fee structure. DFPI Commissioner Manuel P. Alvarez said this data-sharing agreement required a “tailored, collaborative approach” with the companies and that “more of such deals can be expected in the coming weeks.” Given that California regulators have already been extremely proactive in developing consumer data protection legislation, it is great to see that DFPI has used its new enforcement authority to facilitate even further transparency among FinTechs.

While several digital banking applications and neobanks have decided to target key underserved demographics, the startup Greenwood Financial is being recognized for its Black and Latinx-focused offerings. Greenwood is also the first Black-owned private-equity-funded neobank with expansive offerings. The startup launched in October 2020 and received over 500,000 sign-ups to its account-opening waitlist in its first 100 days, according to Forbes. The startup plans to open accounts in June 2021 and will partner with existing FDIC-insured banks to hold their account deposits. Unlike other digital banks, Greenwood plans to offer services a traditional, full-service bank would, which includes lending products, early direct deposit, mobile check deposits, and peer-to-peer transfers, as reported by Forbes. Greenwood also plans to align its sign-up metrics to donating free meals and provide customers with a charitable round-up option. Ryan Glover, Greenwood’s chairman, said, “Customers can donate their rounded-up charge to UNCF for education, Goodr to feed the hungry or NAACP to support civil rights.”

FIS, a global FinTech company, announced earlier this month that it is accepting applications for the 2021 FIS Accelerator program. According to Businesswire, this is the company’s sixth year partnering with the Venture Center and the State of Arkansas to accelerate the development of innovative growth-state FinTech startups. The 12-week accelerator program will consist of 10 FinTechs and will be done entirely online this year. As reported by Businesswire, each participating FinTech will go through a four-week incubator to prepare founders to work with FIS and will receive a monetary investment, as well as an opportunity to meet potential investors at a virtual demo day. This year FIS particularly encouraged startups owned or operated by women and underrepresented minorities to apply.

Plaid, a software company that connects consumer bank accounts and FinTech apps, is using its expertise to launch FinRise, a nine-month incubator for early-stage FinTech founders from underrepresented backgrounds, according to TechCrunch. The accelerator has placed an explicit emphasis on finding startups led by Black, Indigenous, and People of Color (BIPOC) entrepreneurs. Plaid Growth Manager Nell Malone told TechCrunch, “The incubator is looking to accept three to five post-seed and pre-Series B tech startups with a product in beta stage.” While funding is often a hurdle for underrepresented founders, Plaid does not have any plans to provide these FinTechs with capital. However, accepted startups will get mentorship from Plaid leaders, a dedicated account manager, and an expansive network to leverage for fundraising purposes.

In other accelerator-related news, Barclays New York Accelerator recently revealed its nine latest FinTech contenders for their exclusive 2021 program, according to FinTech Magazine. The accelerator program was launched in 2014 and is done in partnership with Techstars. Each accelerator participant will receive 13 weeks of mentorship, including optimizing business propositions and trouble-shooting their product’s development. FinTech Magazine reported that the Barclays Accelerator is one of the largest single-bank powered portfolios globally and is worth $1.8B. Additionally, each participating company is eligible for Barclay’s Rise Growth Investments of up to £10M per Accelerator class. The 2021 Accelerator program participants are Avenify, Floodlight, GravityAI, Humanitru, Julius Tech, LittleNewt, Migrations.ml, Nossa Data, and Smash. While all of the participants fall under the umbrella of FinTech, they have a diverse set of offerings ranging from a CRM and fundraising platform for nonprofits to an Environmental, Social, and Governance (ESG) reporting analytic platform.

As several British banking and FinTech platforms explore post-Brexit geographic expansion, Revolut, one of Europe’s largest FinTechs, told CNN Business that it plans to submit an application with federal regulators this year for a bank charter in the United States. While Revolut’s largest customer base is in Europe, the company valued at $5.5B has more than 15 million customers around the world and has been quietly planning to enter the US market since last year. Receiving a bank charter in the United States would allow Revolut to hold customer deposits and make loans without a partner bank, although this is very rarely granted to FinTech companies. Currently, Revolut operates in the United States with a sponsor bank model, in partnership with the Metropolitan Commercial Bank, as reported by CNN Business. However, if the company were to secure a bank charter, it could eliminate the need for a partner bank.