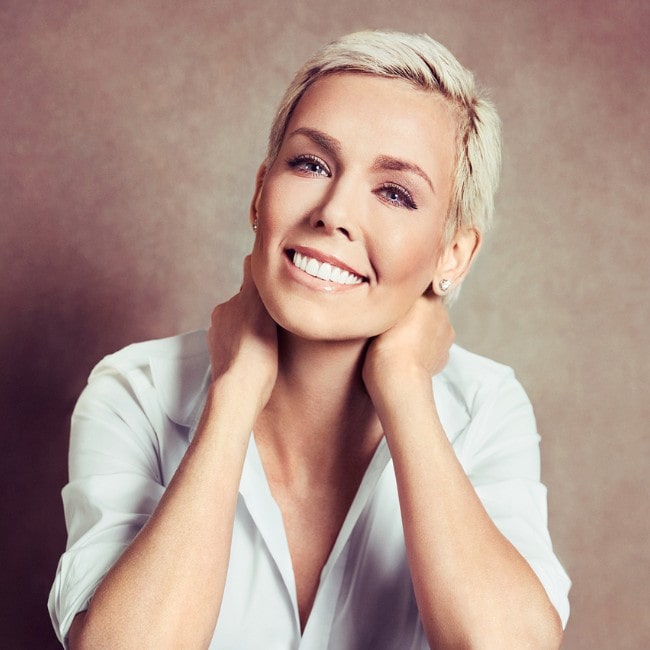 Gunhild A. Stordalen is the founder and executive chair of EAT. She is a driving force linking climate, health, and sustainability issues across sectors to transform the global food system.

Together with Petter A. Stordalen, Gunhild established the Stordalen Foundation in 2011, under which she later founded the “EAT Initiative”  with Professor Johan Rockström and the Stockholm Resilience Center (SRC). In 2016, the Wellcome Trust joined the SRC and the Stordalen Foundation as a core partner of EAT and helped grow the initiative to become a global multi-stakeholder platform for transforming the world’s food system.

Gunhild sits on several boards and advises on councils including the United Nation’s Scaling Up Nutrition  Movement Lead Group, the World Economic Forum (WEF) Stewardship Board on Food Systems, the British Telecom Group’s Committee for Sustainable and Responsible Business, the Global Alliance for Improved Nutrition Partnership Council, the UNICEF’s Advisory Group, and the international advisory board of the SRC. In addition, Gunhild is an ambassador for Friends of Ocean Action and a member of the High-Level Panel for a Sustainable Ocean Economy for the Blue Economy.

Gunhild is a published scientist and a renowned public speaker with a distinct, personal voice and a passionate commitment to food system transformation. WWF Sweden named her “Environmental Hero of the Year” in 2014, and in 2015 she was appointed a Young Global Leader by WEF. She has been ranked among the 150 most influential business communicators in Sweden by the news magazine Resumé and among the 100 most powerful women in Norway by the financial magazine Kapital. In 2019, she was awarded the UN Foundation “Global Leadership Award” for her groundbreaking work transforming the global food system for people and planet. She has also been listed among the 25 most influential female leaders shaping the climate agenda in 2019, and number 39 on the top 100 leaders influencing Norwegian agriculture by Nationen and Bondebladet.

Gunhild is a medical doctor from the University of Oslo and holds a PhD in pathology/orthopedic surgery. She is a Norwegian national.