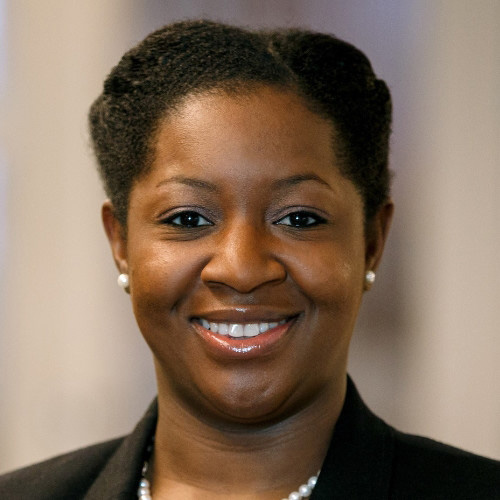 Esther Krofah is the executive director of FasterCures, a center of the Milken Institute. She has deep experience in the government, nonprofit, and for-profit sectors, where she has led efforts to bring together diverse stakeholder groups to solve critical issues and achieve shared goals that improve the lives of patients. Most recently, Krofah was the director of public policy leading GlaxoSmithKline's engagement with the U.S. Department of Health and Human Services (HHS) and relevant Executive Branch agencies on broad healthcare policy issues, including leadership in improving vaccinations and care for people living with HIV.

Prior to GSK, Krofah served as the deputy director of HHS' Office of Health Reform, where she led the development of policy positions for significant regulatory priorities, including the health insurance marketplaces. Prior to HHS, Krofah served as a program director at the National Governors Association (NGA) health-care division, working directly with governors' health policy advisors, state Medicaid directors, and state health commissioners on health insurance, health workforce, and Medicaid coverage issues. Before joining the NGA, Krofah worked in consulting at Deloitte Consulting LLP, where she worked with public sector and commercial clients, including assisting states in developing state-based exchanges. Krofah received a BA from Duke University and a Master of Public Policy from the Harvard University John F. Kennedy School of Government.

Learned from COVID-19: How the Biomedical Research Community Can Expedite Innovation

Stories from the Front Lines of Advancing Therapeutic Development for Patients: The Research Acceleration and Innovation Network Enters a New Decade

Lessons Learned From COVID-19: Are There Silver Linings for Biomedical Innovation?