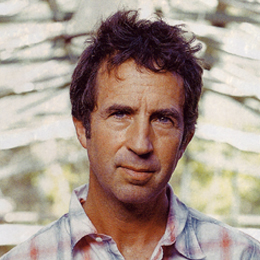 Eric Goode is an American entrepreneur and conservationist, whose work has been profiled in The New Yorker, The New York Times, The Wall Street Journal, NPR, and highlighted in the feature documentary film, Racing Extinction. Eric is the founder of the Turtle Conservancy, an organization whose mission is to protect natural ecosystems, focusing on turtles and tortoises, other wildlife, and their habitats for the benefit of humanity and the Earth's biological diversity. Goode created a conservation center and retreat located in Ojai, California that serves as an assurance colony for endangered turtles and tortoises. It is the only AZA-accredited captive-breeding facility dedicated solely to turtles and tortoises in the world.

Goode has made conservation expeditions to over forty countries, including Madagascar, Thailand, China, Myanmar, Namibia, Brazil, Indonesia, and Mauritius. On his travels he has filmed and produced a number of documentaries about his experiences in the field. He currently sits on the boards of Rainforest Trust, the Chelonian Research Institute, the Turtle Conservation Fund, and the advisory council of Global Wildlife Conservation, and is a member of the Tortoise and Freshwater Turtle Specialist Group.