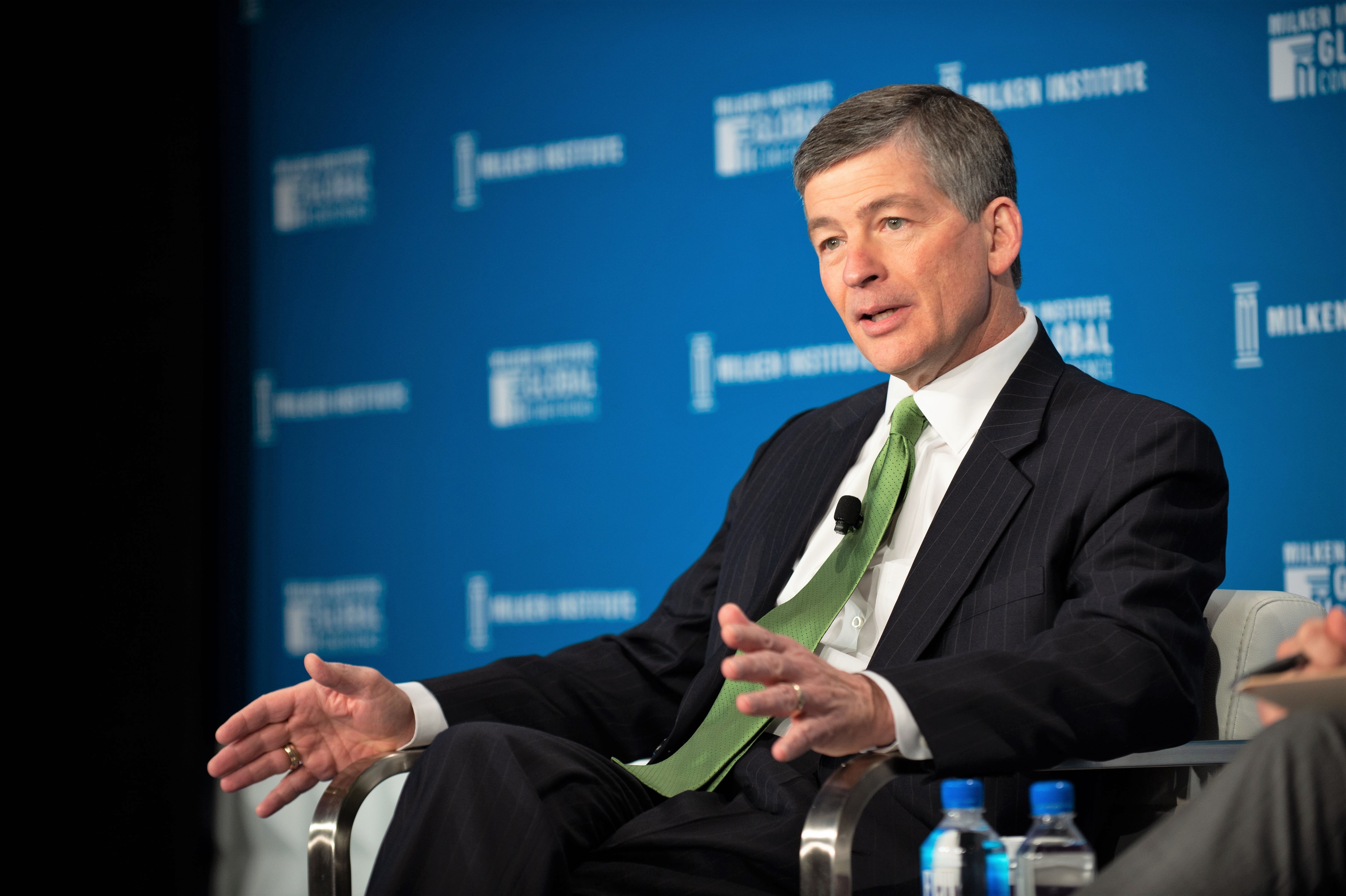 WASHINGTON, October 17, 2019 – Jeb Hensarling, the respected former Member of Congress who served three terms as chair of the House Financial Services Committee, has joined the Milken Institute as a Senior Fellow.

Hensarling represented Texas's Fifth Congressional District in the United States House of Representatives for eight terms (2003-2019). Before serving in Congress, he worked in both the financial services and energy industries and practiced both corporate and real estate law. Hensarling will be affiliated with the Milken Institute’s Center for Financial Markets.

“Jeb’s extensive network, deep expertise, and strong leadership in promoting free enterprise will be integral to our work ensuring the smooth and efficient operation of financial markets,” said Michael Piwowar, executive director of the Milken Institute Center for Financial Markets. “He has been a regular participant in our events we are delighted he will be joining us in this expanded role.”

As Chair of the House Financial Services Committee from 2013 to 2019, the Congressman was among the nation's most influential policymakers charged with reshaping the financial services industry in the years following the financial crisis. In this role, he helped oversee a broad swath of the nation’s economy, including banking, securities, insurance, housing, and monetary policy. Hensarling also currently serves as Executive Vice Chairman of the Americas for UBS.

“The Milken Institute has been instrumental in pulling together public and private sector leaders with different backgrounds and viewpoints to work constructively toward solutions that expand economic opportunity and access to capital for all,” said Hensarling. “I am pleased to join Mike Piwowar and the team at the Center for Financial Markets to continue my efforts to strengthen, preserve and promote capitalism.”