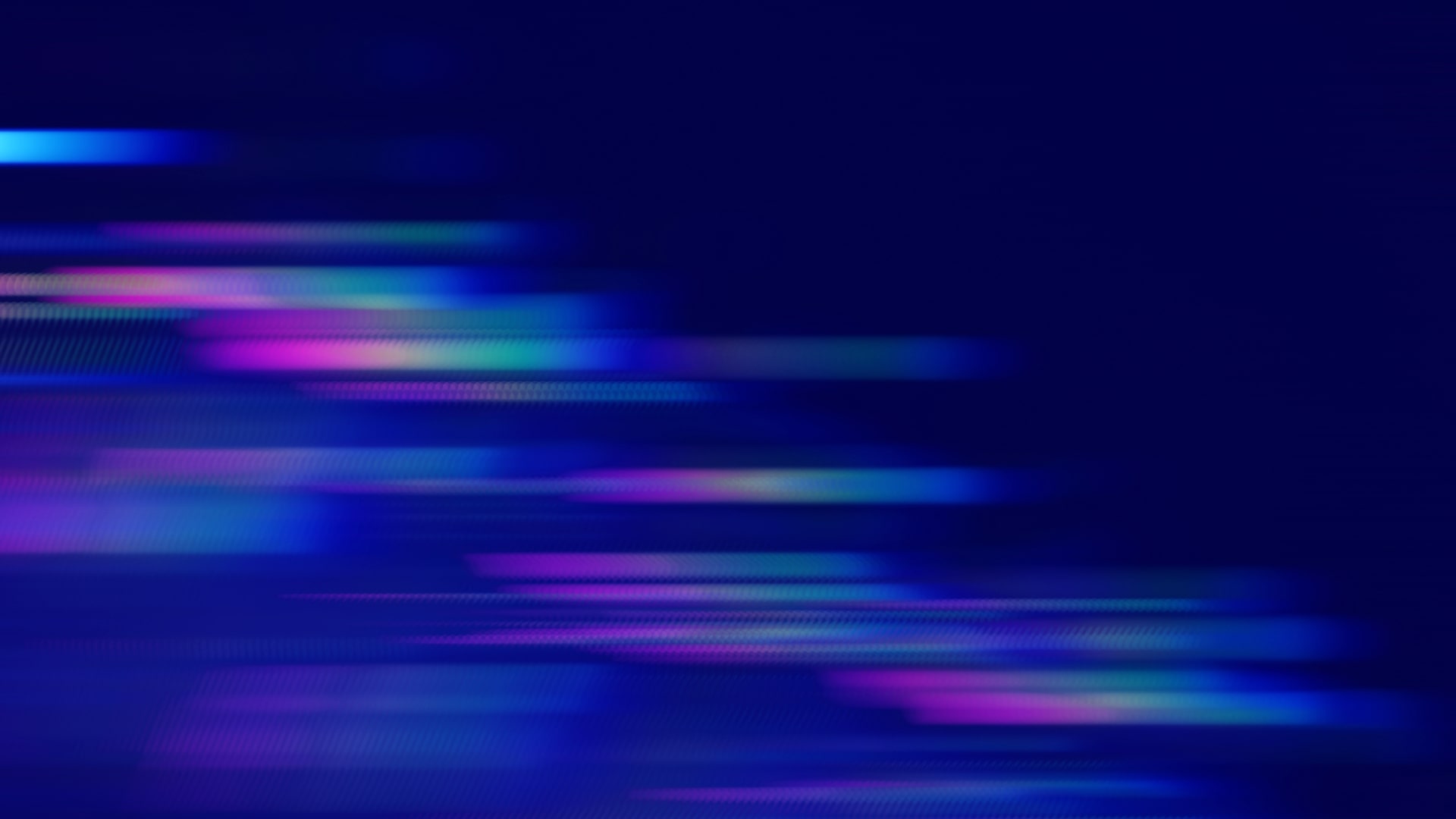 The Federal Deposit Insurance Corporation (FDIC) announced it is “issuing a request for information (RFI) as part of its FDiTech initiative to promote the efficient and effective adoption of technology at FDIC-supervised banks and savings associations, particularly at community banks, and to facilitate the supervision of technology usage at these institutions without increasing costs or regulatory burden.” Additionally, “this RFI seeks input on whether a standard-setting and voluntary-certification program could be established to support financial institutions’ efforts to implement models and manage model risk by certifying or assessing certain aspects of the models themselves, and to conduct due diligence of third-party providers of technology and other services by certifying or assessing certain aspects of the third-party providers’ operations or condition.” The FDIC is particularly interested in this information as it pertains to FinTechs. Listed below are the following ways to submit comments:

All comments received must include the agency name and RIN 3064-ZA18.

FinReg Lab recently released its July 2020 COVID-19 Credit Reporting and Scoring Update, which summarizes recent developments to credit scoring and underwriting models and “analyzes their implications for consumers’ and small businesses’ long-term financial resilience.” Particularly, this report focuses on three areas: information about short-term relief programs, potential credit reporting and scoring impacts on renters, and reporting about longer-term repayment plans after initial forbearances have ended. Based on its research, FinReg Lab notes the significance of credit-reporting, stating, “Although pandemic-related credit reporting issues have not generally been considered as urgent as direct aid and loan accommodations for consumers and small businesses, the stakes are increasing as Congress prepares to vote on what may be the final pandemic-relief legislation for several months.” Additionally, the decisions made about credit-reporting could affect borrowers’ broader finances for years to come.

Blockchain: Per Crowdfund Insider, “The Stellar Development Foundation (SDF), a non-profit entity established in 2014 to support the development and growth of the open-source Stellar (XLM) protocol, recently announced that Samsung added support for the XLM digital currency to its Samsung Blockchain Keystore.” According to the press release, Samsung noticed its customers were using blockchain-enabled apps, so it decided to “leverage its hardware advantage to launch a first installment of their blockchain strategy.”

Additionally, China’s Blockchain Service Network (BSN) has split into two separate entities after a disagreement about the integration of public blockchains, according to CoinTelegraph. The two independent entities will be called BSN-Chain and BSN-International, with the latter headed by one of the original members of BSN. Although these two entities will operate independently, five of the BSN-China nodes will be connected to BSN-International. This rift was caused by pushback and unease from BSN’s core state-owned members over the public chain integrations.

Cryptocurrency: In a press release, Mastercard announced the expansion of its cryptocurrency program, which will “[make] it simpler and faster for partners to bring secure, compliant payment cards to market. Supercharging the partnership experience, cryptocurrency and crypto card partners are invited to join Mastercard’s Accelerate program for emerging brands and FinTechs, giving them access to everything they need to grow quickly.” This move comes as Wirex “becomes the first native cryptocurrency platform to be granted a Mastercard principal membership, allowing it to directly issue payment cards,” suggesting Mastercard is positioning itself as a driver of the cryptocurrency market.

Additionally, per Forbes, multi-billion dollar bitcoin and crypto-asset manager Grayscale reported “its biggest-ever quarterly inflows of almost $1 billion,” highlighting how institutional demand for bitcoin is only increasing amid the coronavirus pandemic. Furthermore, “Inflows into the Grayscale Bitcoin Trust, Grayscale’s biggest and flagship fund, outpaced the creation of new bitcoin since the May supply squeeze.” Specifically, Grayscale “recorded inflows of $905.8 million for its second quarter - nearly double the previous quarterly high of $503.7 million in the first three months of this year.” In its quarterly report, Grayscale noted that “with so much inflow to Grayscale Bitcoin Trust relative to newly-mined bitcoin, there is a significant reduction in supply-side pressure, which may be a positive sign for bitcoin price appreciation.” It is also important to note “that institutional investors—primarily hedge funds—accounted for 84 percent of Grayscale bitcoin and cryptocurrency fund investment in the second quarter of 2020, up from 81 percent for the trailing 12 months.”

Digital Assets: According to Central Banking, The Financial Action Task Force (FATF) is “developing a global network of supervisors to oversee activities concerning stablecoins and virtual assets, its latest report says.” This is a result of a concern that the adoption of stablecoins could outpace the uptake of FATF standards.

Partnerships: Finastra and Microsoft are teaming up on a multi-year cloud agreement “to help accelerate the digital transformation of financial services.” According to the official press release, the agreement aims “to reimagine the way banks and credit unions use technology and how we all think about sustainable, open finance.”

Opera Limited, the company behind Opera browser, has expressed intent to acquire Fjord Bank, a full-digital consumer finance bank. According to Silicon Canals, “the acquisition of Fjord Bank will let Opera become the owner of a specialized bank, which eyes to launch its first deposit and loan service in Lithuania this summer.” Additionally, this acquisition will generally allow Opera to further its FinTech operations in Europe.

Sandboxes: Business Insider reports the FCA teamed up with the City of London Corporation “to pilot a digital sandbox to drive recovery from the coronavirus. The sandbox will provide financial institutions and FinTechs with a digital testing environment. It’ll focus on detecting and preventing fraud and scams, supporting vulnerable customers, and improving access to finance for small-and-medium-sized businesses (SMBs) financially affected by the crisis.” A number of FinTechs have already tried launching new services in response to the pandemic, but the fast-paced and changing environment makes providing solutions difficult. Therefore, a digital sandbox will make it easier for FinTechs to pilot their solutions in this new environment.

Shanghai has also started its own sandbox program as part of China’s three-year plan for FinTech development, as noted by Caixin. The first batch of eight FinTech projects named for this pilot program involves thirteen institutions, including commercial banks and tech companies.

Startups: According to TechCrunch, “the Jack Ma-controlled Ant Group finally set in motion what the market has been anticipating for years. The financial services and payments behemoth said that it has kickstarted the process of a concurrent initial public offering on the Hong Kong Stock Exchange and Shanghai Stock Exchange’s Nasdaq-style Star Market.” This IPO will push Ant further along the path of completing its goals, which include digitizing China’s service industry by getting mom and pop shops in all regions to use its payment service, driving domestic demand by “being a conduit of government-issued coupons for consumers amid the coronavirus pandemic,” and investing in new technologies. Bankers are currently valuing Ant at $200 billion.

Coinbase is reportedly planning an initial public offering (IPO) at some point later this year or early next, per Crowdfund Insider. This news is not surprising considering the dramatic rise of Coinbase’s valuation—it was last valued at $8 billion—and the increased market traction of the digital asset sector. Coinbase is considering a direct listing as opposed to an underwritten offering.

Hong Kong: According to Yahoo Finance, the US Senate passed the Hong Kong Autonomy Act to penalize China for eroding Hong Kong’s autonomy. The bill is in response to restrictions placed by China on freedom of expression in Hong Kong. The bill stipulates that “the US government should restrict foreign banks and subsidiaries of US banks in Hong Kong from accessing the US dollar system if they conduct significant transactions with persons or entities that contribute to weakening Hong Kong’s autonomy.” As of now, no specific banks have been targeted for sanctions, and the bill doesn’t outline criteria to determine whether a bank deserves a sanction, which is left to the US Treasury Secretary. This bill has the possibility of taking a toll on cryptocurrency companies in Hong Kong, particularly crypto brokerages, “which are highly dependent on the US dollar system to settle and clear transactions.”

Singapore: According to a press release, the Monetary Authority of Singapore issued “a consultation paper proposing enhanced powers to deal with risk that can undermine the financial sector.” This proposed new Act plans to consolidate rules across classes of financial institutions into one piece of legislation. Also, this Act “will add additional powers to prohibit unsuitable individuals from working in the financial industry, expand the scope of anti-money laundering, strengthen the framework for technology risk management, and enhance the effectiveness of dispute resolution.”

South Africa: Bitcoin.com reports that South Africa is proposing new rules surrounding crypto-asset service providers (CASP) “as it seeks to align regulations with standards of the Financial Action Task Force (FATF).” These proposed rules are part of amendments to the Financial Intelligence Centre Act (FICA), and if passed, “will see CASPs being treated as ‘accountable institutions’ that must comply with the various regulatory requirements and obligations imposed by the Financial Intelligence Centre (FIC).” More specifically, these regulatory requirements mandate the specific information CASPs must maintain, the due diligence they must conduct, and monitoring and reporting requirements in the event of suspicious activity.

United Kingdom: The Treasury announced they are relaunching an independent review into FinTech to spot opportunities for growth, per Peer2Peer Finance News. The review “will be chaired by Ron Kalifa OBE, and the secretariat will be provided by Innovate Finance and the City of London Corporation.” John Glen, economic secretary to the treasury and city minister, noted the FinTech sector will “be vital in ensuring both that the country bounces back post-coronavirus and continues to be at the forefront of financial innovation now that we have left the EU.”

In similar news, according to the FinTech Times, research by Innovate Finance that maps out the detriment of COVID-19 on the UK FinTech industry highlights the problems faced by smaller firms. “With nearly 80 percent of large UK FinTechs fielding a cash runway of twelve months or more, there are worries in the industry that a number of smaller firms just won’t make it.” Charlotte Croswell, CEO of Innovate Finance, added on to this sentiment, noting, “It’s evident that the FinTech sector faces a significant funding gap as a direct result of COVID-19.” However, this research does not represent the experience of every FinTech, as shown by interviews conducted between the FinTech Times and four rising FinTech companies.

Also, as stated in Pymnts, the Bank of England revealed it is considering developing a state-backed digital currency, making it one among several central banks currently considering and developing central bank digital currencies (CBDCs). However, such a development would require the creation of an entirely new payment rail infrastructure, and currently, the most pressing priority is post-pandemic economic recovery.