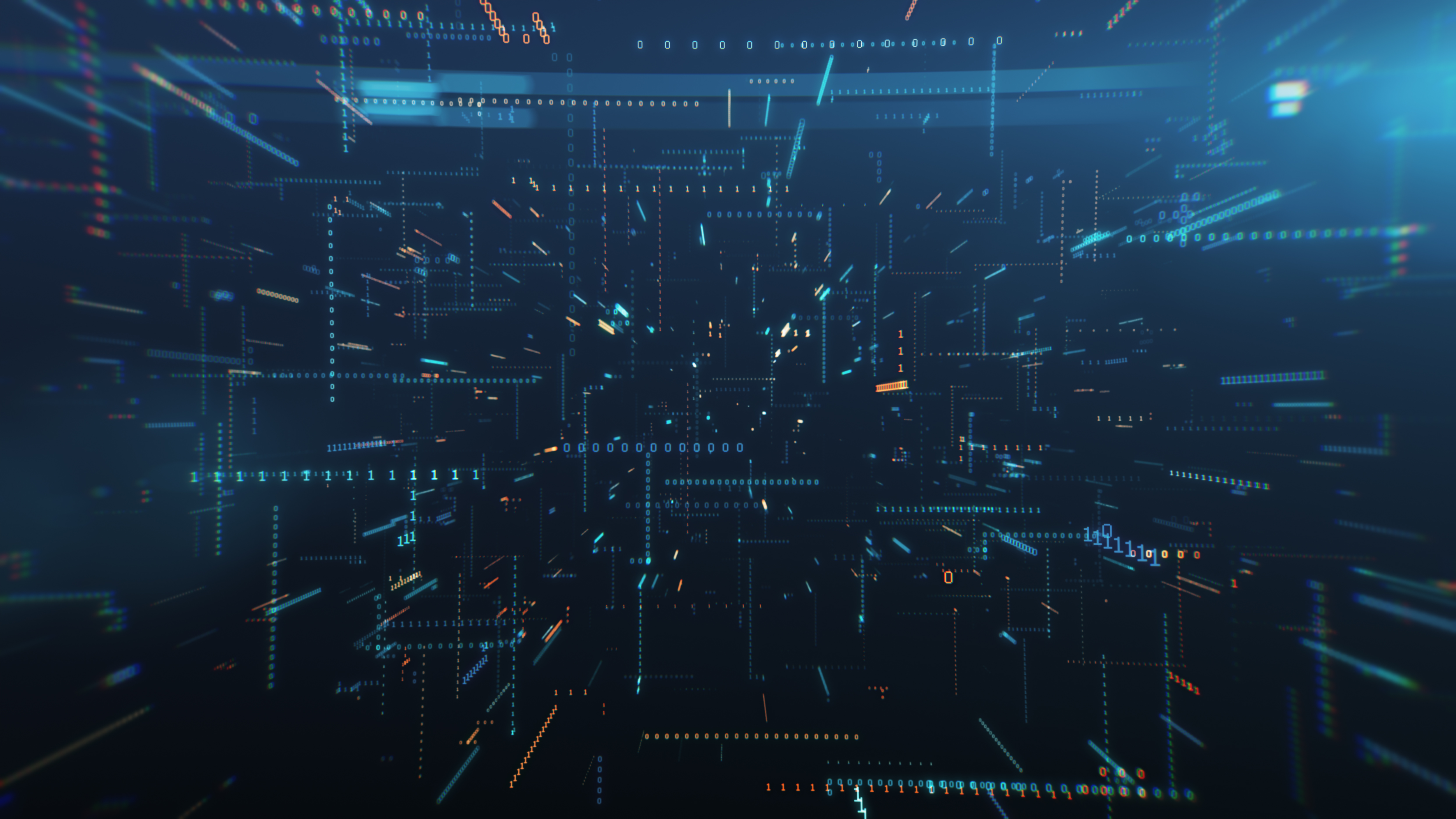 Last week, we released a new white paper: “RegTech: Opportunities for More Efficient and Effective Regulatory Supervision and Compliance.”The paper develops an analytical framework to describe RegTech’s development and discusses what actions policymakers have taken to address RegTech in the United States and abroad. In addition to our own research, we conducted interviews with 16 RegTech experts from both the public and private sectors, whose insights are included throughout the paper.

The report also provides recommendations to guide policymakers in their approach to RegTech. Specifically, we recommend that regulators form an Inter-Agency RegTech Task Force to coordinate engagement efforts and drive the conversation on how to enable RegTech solutions and lawmakers establish a RegTech Caucus to advocate for opportunities to foster safer, more efficient financial markets.

At a time when the debate over whether financial markets should be more or less regulated too often ends at an impasse, RegTech provides an opportunity to make financial markets safer without igniting partisan differences. RegTech’s potential to ease the burden of compliance costs for small financial institutions whose ability to lend has become increasingly constrained, for example, is something that should attract interest from both sides of the aisle.

Changing of the Guard

Many readers of FinTech in Focus know that my FinTech apprentice, Dan Murphy, has been co-writing the weekly news release with me for the last several months since coming aboard in January. Today, I am excited to announce that Dan will be fully taking over the responsibilities of FinTech in Focus. Dan put together some fantastic opening thought pieces for the newsletter and recently released a must-read report on RegTech.

Dan will continue to provide you with top headlines and global developments. In the coming weeks, we will continue revamping the newsletter to include perspectives from the Institute's FinTech Advisory Committee on pressing FinTech-related issues.

I look forward to the new look and the newsletter's development under Dan’s direction.

AltFi: According to data from TransUnion, personal loans are at a record high this year. In the first quarter alone, balances increased by about 18 percent. Particularly noteworthy here is that FinTech firms originated 36 percent of personal loans in 2017. That’s a significant increase from 2010 when they originated less than one percent. Jason Laky, who heads consumer lending for TransUnion, stated, “A lot of credit goes to the FinTech lenders for reinvigorating a loan category that’s been around forever.”

Elsewhere, Flipkart has stated that it hopes to see its lending business account for up to 20 percent of its growth over the next three years. According to Flipkart Vice President Ravi Garikipati, 60 percent of Flipkart’s customers lack access to credit, a situation he hopes to alleviate by offering consumer credit.

Crypto: The big news in crypto late last week was the same as the big news everywhere else late last week. Special counsel Robert Mueller indicted 12 Russian military intelligence officials, accusing them of hacking Hillary Clinton’s 2016 campaign, as well as Democratic Party offices, in a bid to interfere with the 2016 election. Why is this relevant to the crypto world? Well, it looks like the Russians used bitcoin to fund their operations. Specifically, the indictment accuses them of using bitcoin for “purchasing servers, registering domains, and otherwise making payments in furtherance of hacking activity."

Digital Banking: Citizens announced the launch of Citizens Access last week, a digital banking product that will offer savings and CD accounts in the U.S. Customers will be able to open an account from their mobile phones.

Payments: Uber and PayPal announced last week that Uber users will now be able to pay for their Uber rides and UberEATS meals with Venmo. Upon selecting this option, Uber users will be routed to their Venmo app, where they will complete the transaction. When they do so, however, they should take care that they are paying the correct driver. A story from The Wall Street Journal last week discussed the difficulties associated with recovering your money if you send it to the wrong person using Venmo. One would hope they are able to ensure that Uber drivers do not experience similar challenges.

Meanwhile, Zelle is out with a Digital Payments Adoption Study, which surveyed over 9,000 consumers in the U.S. to determine their uses of and attitudes toward peer-to-peer payments. According to the study, three quarters of Millennials are using peer-to-peer payments, and even Baby Boomers are catching on, with slightly more than half of them reporting use. Interestingly, about two-thirds of both Millennials and Generation X identified referrals from friends and family as the reason they initially tried peer-to-peer payments. The importance of this network effect is noteworthy for the new entrants into the payments space, as firms like Google roll out their peer-to peer payments products.

Looking abroad, Paytm is now processing five billion transactions per year, which amounts to more than $50 billion in annual transactions. In Russia, Western Union announced a partnership with Post Bank that will allow Post Bank’s mobile customers to transfer money using Western Union to banks in over 50 countries.

Europe
France: After being tapped by the country's finance minister to determine the regulatory approach to cryptocurrencies back in March, Jean-Pierre Landau released a report (in French), which claims that it is neither desirable nor necessary to regulate the technology. Overregulation, Landau believes, could lead to a three-pronged danger: "that of freezing the rapid evolution of technology in legislation, that of failing to grasp the real nature of the object we intend to regulate and that of pushing innovation towards regulatory avoidance. On the contrary, regulation should be technologically neutral, and in order to become so, address the actors and not the products themselves.”

Germany: The Federal Ministry of Finance has poured cold water on the concept of central bank-issued digital currencies (CBDC). "So far there are no convincing reasons for issuing digital central bank money for a wide range of users in Germany and the Eurozone," according to the Ministry, and the potential benefits from CBDCs could be realized in other ways.

Romania: The Ministry of Finance released a draft emergency ordinance regulating the issuance of electronic money, according to Business Review. "The draft sets an EUR 350,000 threshold for the issuer’s social capital and demands that all members of the issuer be cleared by Romania’s central bank."

Asia
China: China’s crackdown on peer-to-peer lending seems to be impacting some lenders’ abilities to pay back their investors, according to Chinese state media. The report claims that over 300 Chinese peer-to-peer lenders have experienced trouble in 2018 with the country’s deleveraging efforts making investors nervous.

Hong Kong: A new survey out from the Hong Kong Productivity Council showed that 70 percent of Hong Kong residents have never paid using their smartphone, a sharp contrast from their neighbors in China.

South Korea: Three South Korean ministries, the National Statistical Office, the Ministry of Science and Technology, and the Ministry of Information and Communication, are working on creating new classifications for the blockchain industry in South Korea.

MENA
Saudi Arabia: According to research by ArabNet, more than 75 percent of bank customers in Saudi Arabia use digital platforms, making the kingdom the top digital banking market in the MENA region.

“DFS supports the promise that new technologies are able to reach more consumers, but innovation must also be responsible, and all associated risks must be appropriately managed, including by strong underwriting standards, compliance with usury laws, and capital requirements. All lenders must operate on a level playing field and address market risk.”

Elsewhere, Florida’s Chief Financial Officer has put forward a plan to create a “cryptocurrency chief,” whose job it is to oversee the crypto industry in the state.

Finally, Politico’s Morning Money reports that Secretary Mnuchin has seen a draft of Treasury’s FinTech report and expects it to be released within the next month.