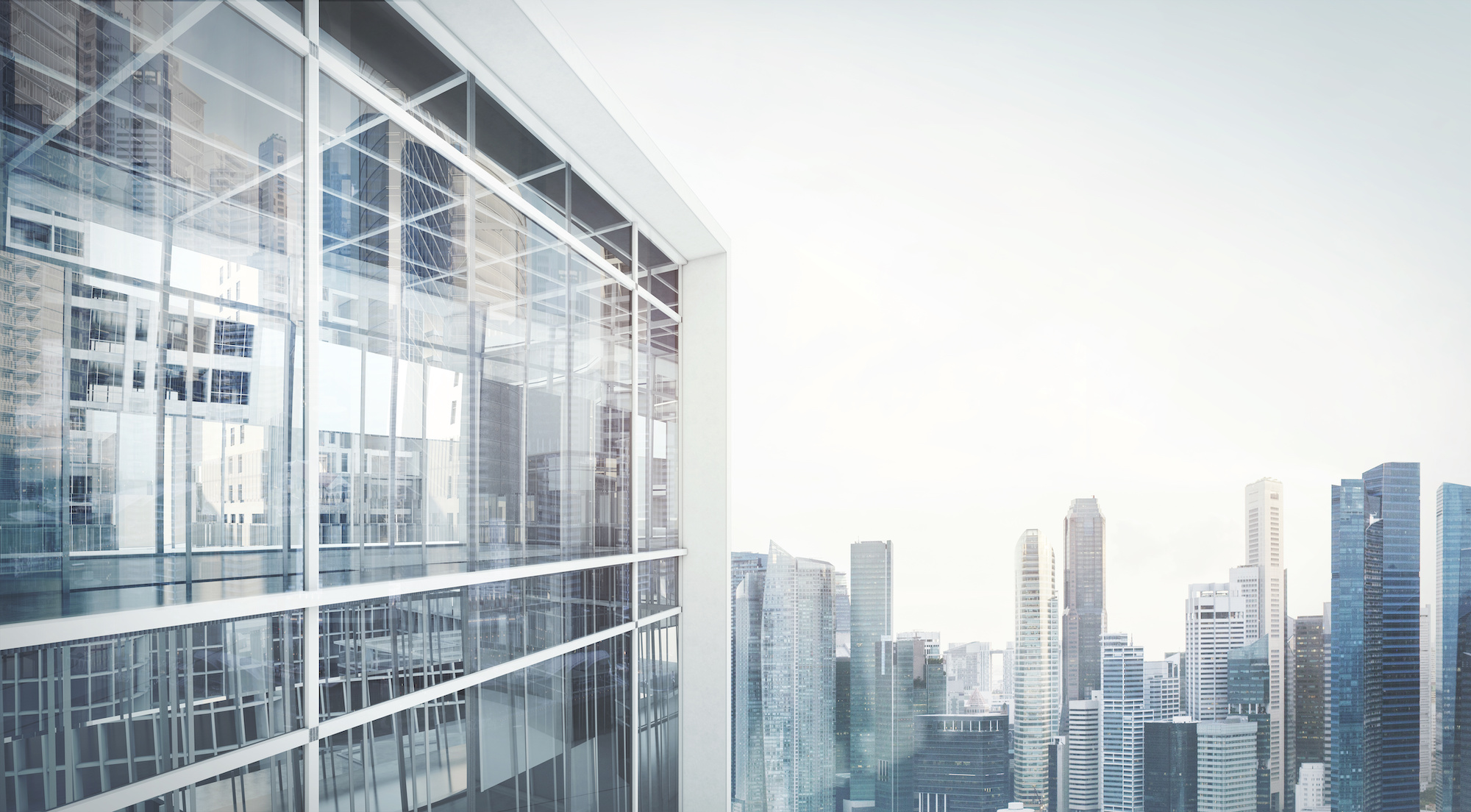 CB Insights is out with its 2019 FinTech Trends to Watch report, featuring 104 slides of big picture thinking on FinTech trends. There’s a lot to digest here, but two key takeaways that jumped out were the growing footprint of FinTech outside of “core markets” (the U.S., U.K., and China) and the continued growth of corporate and corporate venture capital (CVC) as a share of FinTech investors.

First off, the report found 2018 was a record year for FinTech deals and funding, rising 15 percent and 120 percent year-over-year (YOY), respectively. In percentage terms, the share of deals outside of core FinTech markets has not changed much since 2016, but 2018 saw the emergence of unicorns from emerging markets and particularly impressive growth in Southeast Asia. Toss in South Korea, Nubank in Brazil, and Policy Bazaar in India achieved unicorn status for the first time in 2018, while 2017 unicorns such as N26 in Germany bolstered their positions with substantial funding rounds. Southeast Asia’s growth as a region was particularly impressive in 2018, with its funding growing 143 percent YOY.

The other point that jumped out from the report was the steadily growing importance of corporate and CVC in FinTech. According to the report, corporate and CVC participation now make up a third of global FinTech investors, up 5 percent from last year. This is not particularly surprising, given the activism shown by big tech firms such as Alibaba, Tencent, Amazon, and Google. It’s not clear what share of this funding comes from big tech, but it seems safe to assume it is substantial. Assuming that is correct, the growing share of corporate and CVC participation in FinTech funding is an important indicator to keep an eye on.

Oh, and on a related note, Ant Financial’s massive $14 billion investment alone accounted for 35 percent of 2018’s FinTech funding. Without it, 2018’s funding total would still have exceeded 2017’s, but by a much more modest amount.

AltFi: Several big name lenders have been in the news of late. Funding Circle and Stripe announced a new partnership that will allow them to compete more directly with Square Capital. The partnership will allow Funding Circle to use Stripe’s payments data for underwriting. Meanwhile, student lender Commonbond announced it laid off 18 percent of its staff last week, as the online lender refocuses on more profitable opportunities. The shift will include a heightened focus on its refinancing business, and follows a $50 million funding round last March. Finally, Petal announced a $30 million funding round led by Valar Ventures.

Elsewhere, the fallout from China’s peer-to-peer lending crisis has caused investment banks to rethink their plans to work with some of China’s online lenders. Both Goldman Sachs and Citigroup pulled out of deals to take Chinese lenders public.

Digital Banking: Tandem Bank announced it passed the 500,000 user milestone last week. The landmark comes one year after Tandem Bank’s acquisition of Harrod’s Bank and its associated banking license. Meanwhile, Revolut is doubling down on its international expansion efforts.

Blockchain & Crypto: A new report from Chainalysis indicates two groups of cyber criminals may be responsible for around $1 billion in cryptocurrency hacks, and those groups are likely still at large. The two groups, dubbed Alpha and Beta, appear to have differing motives and methods of covering their tracks. The Alpha group’s motives do not seem to be purely profit driven and their operations are highly organized, while the less organized Beta group is laser focused on profits. One can understand the higher incentives to steal cryptocurrencies these days, as JPMorgan’s analysts have found the cost of mining bitcoin exceeds its price on the market.

Meanwhile, a separate report reveals that of XRP’s purported supply, almost half have may be “illiquid or subject to significant selling restrictions.”  One sizable portion of that XRP is held by a Ripple co-founder, according to the report, while another sizable portion is pledged to RippleWorks, a nonprofit. Ripple disputed the report’s findings, saying its calculations were incorrect. But that’s not the only fire Ripple has had to put out of late, as Frances Coppola of Forbes turned a critical eye on one of Ripple’s newly announced partnerships. Finally, at the Paris FinTech Forum, Swift CEO Gottfried Leibbrandt announced that Swift is partnering with enterprise blockchain company R3, which will be linked with Swift’s Global Payments Innovation platform.

Payments: WorldFirst, a British payments firm in talks to be acquired by Ant Financial, appears to have been paying attention when the Committee on Foreign Investment in the United States did not approve Ant Financial’s bid to buy Moneygram. In an apparent maneuver to avoid a similar outcome for its own deal, WorldFirst abandoned its U.S. business altogether. Elsewhere, German payments firm Wirecard is in hot water for alleged fraud by a senior executive in the company. A whistleblower showed documents to the Financial Times that may indicate Wirecard broke the law in Singapore. Finally, the Commonwealth Bank of Australia announced it will support Apple Pay.

Wealth Management: Acorns announced a $105 million funding round last week, bringing its valuation to $860 million. That puts Acorns, which is backed by the likes of BlackRock, PayPal, and Point72 Ventures, ahead of Betterment, one of its main roboadvisor rivals. Unusually, NBC Universal and Comcast Corp. led the latest funding round and plan to partner with Acorns to produce financial literacy content for CNBC.

European Union: A pair of major fines drove the news in Europe last week. First, Google was fined $57 million in France for failure to comply with the General Data Protection Regulation (GDPR). According to France’s data protection regulator, the reason for the fine was that Google has not yet given consumers sufficient control over their data or information about how Google uses it. The fine marks the first action against one of Silicon Valley’s superstar firms by an EU member state under GDPR. Meanwhile, Mastercard received a $650 million fine from the EU for antitrust violations last week. EU Competition Commissioner Margrethe Vestager said, “By preventing merchants from shopping around for better conditions offered by banks in other member states, Mastercard’s rules artificially raised the costs of card payments, harming consumers and retailers in the EU.”

Germany: Big tech’s Euro-problems were not limited to Paris and Brussels. Germany’s Federal Cartel Office announced last week that it would ban Facebook’s collection of third party user data and prohibit data sharing between Instagram and Whatsapp. This comes at an unwelcome time for the social media giant, which is reportedly planning to integrate the messenger functions from Whatsapp, Instagram, and Facebook.

South Korea: Like most of its peers, the Bank of Korea is saying it won’t be issuing a Central Bank Digital Currency any time in the near future.

United States: Finally free of the government shutdown, party leaders in the 116th Congress have started to lay out their agendas. In the House, Congresswoman Maxine Waters (D-CA) offered a preview of her priorities as Chair of the House Committee on Financial Services in a speech to the Center for American Progress. Waters said her committee plans on playing close attention to FinTech, and she is hopeful about FinTech’s potential to increase access to responsible credit. However, she noted her concern that the right safeguards need to be in place to ensure abusive practices do not flourish. This signals that FinTech may be an area where Chairwoman Waters and Ranking Member Patrick McHenry (R-NC) can work together. McHenry has long been engaged with FinTech issues, and advocated for a hearing on FinTech regulation in a recent letter to Chairwoman Waters. Meanwhile in the Senate, Banking Committee Chairman Senator Mike Crapo (R-ID) recently highlighted his interest in working on giving consumers more control over and protection for their financial data. As the conversation around data rights gains momentum, the bipartisan interest in FinTech issues may signal coming bipartisan interest in open banking.