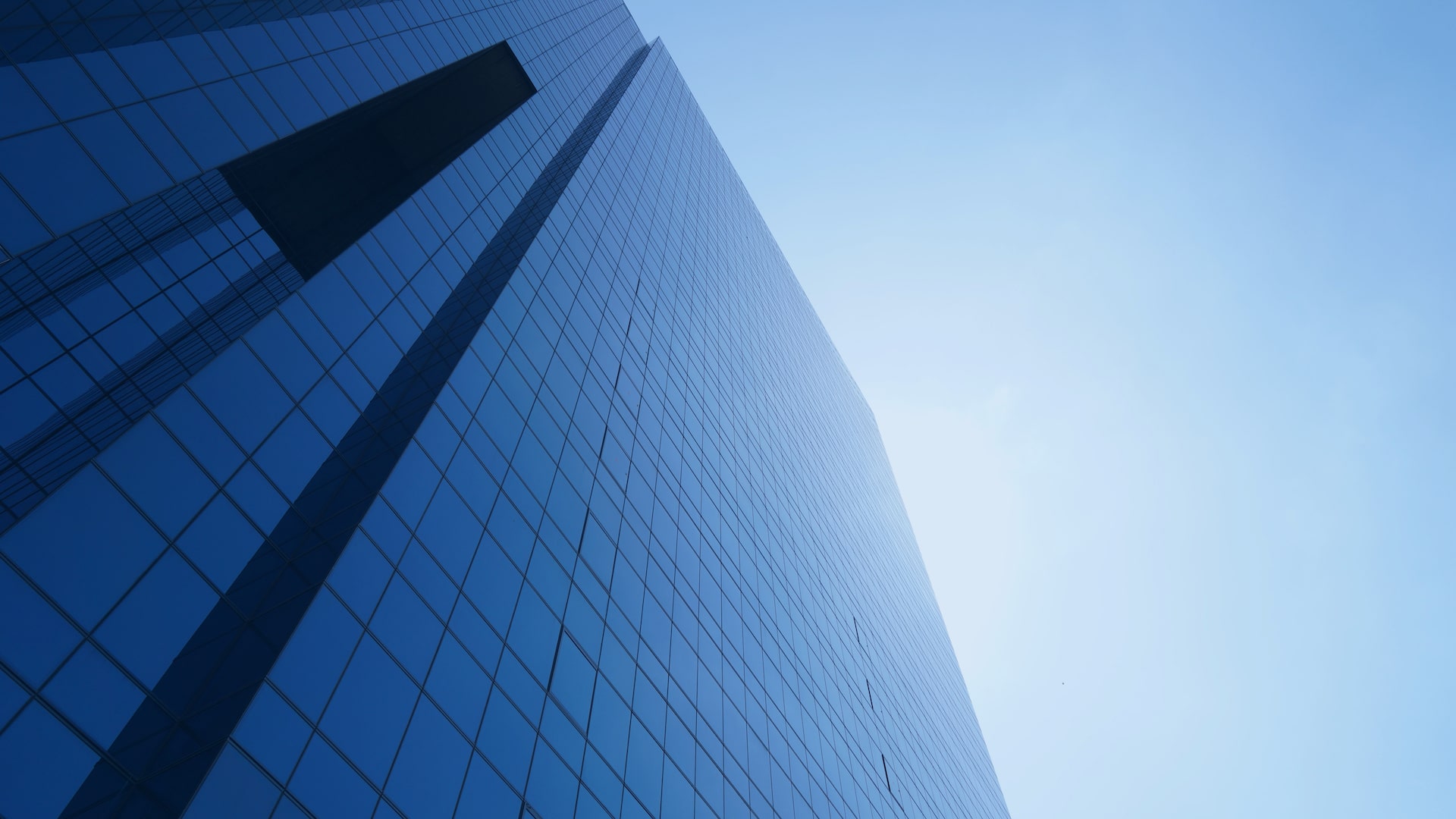 Acquisitions: CNBC reports that American Express has agreed to acquire small business lender Kabbage. Kabbage is “a data and technology company providing small businesses with a suite of financial products including Kabbage Payments, which helps small businesses get paid and access the money they earn faster.” Anna Marrs, the president of Global Commercial Services at American Express, said, “This acquisition accelerates our plans to offer US small businesses an easy and efficient way to manage their payments and cash flow digitally in one place, which is more critical than ever in today’s environment.” Karen Mills, a senior fellow at the Harvard Business School, also noted, “This is an excellent deal, pairing one of the premier FinTech entities, Kabbage, with a large player who has a long commitment to helping small businesses get capital. Kabbage will be able to access Amex’s customers and low-cost funds while Amex will benefit from a tech-savvy team that knows how to give small businesses a seamless experience.” The acquisition is expected to close later this year.

Blockchain: According to ICLG, a Singapore-based FinTech BondEvalue, “has launched the world’s first blockchain-based bond exchange, with help from Magic Circle firm Linklaters.” The digital exchange is called BondbloX, and “is intended for use in issuing, trading and setting fractionalized bonds with backing from existing international securities.” Additionally, “Linklaters assisted BondEvalue in conducting the first trade of fractionalized BondbloX on the newly launched platform. The platform will allow eligible investors to trade BondbloX on a platform that provides for smaller quantities, immediate transfers, as well as settlement and clear price discovery.” The initial participants of BondbloX include Singapore-headquartered investment banking company UOB Kay Hian Holdings, Northern Trust, and Taurus Wealth Advisors. When commenting about the uniqueness of this platform, Jonathan Horan, the Linklaters Singapore-based capital markets partner, said BondbloX “sets itself apart from other digital asset projects as the full record of ownership, transfers and settlement are executed and recorded on the BondbloX ledger.”

Consumer Finance: Deal Street Asia reports that “Ant Group, Alibaba’s FinTech arm and China’s dominant mobile payments company, plans to set up a consumer finance firm in the southwestern city of Chongqing, expanding its presence in the fast-growing domestic business.” This move is part of a broader plan to move financial services closer to home in light of the worsening standoff between China and the US. It’s also reported that “Ant plans to team up with Nanyang Commercial Bank and Alibaba-backed intelligent transport services firm China TransInfo Technology for the consumer finance business, said the sources, who have direct knowledge of the matter but declined to be named as the information was private.”

Cryptocurrency: CoinTelegraph reports that South Korea’s Woori and Shinhan banks have announced they intend to introduce “crypto-asset services.” This means that “four of the country’s top five banks, holding a combined value of more than $1.2 trillion in assets, are now poised to introduce crypto services.” The announcements made by Shinhan and Woori come “in direct response to the amended Special Financial Transactions Information Act which will change legislation around crypto assets, coming into force next year.” Blockchain experts have questioned whether these steps are “too little, too late” because American institutions are far ahead of South Korea’s banking sector. Specifically, the head of the Blockchain Research Center at Dongguk University Park Sung-Joon said, “Other countries are moving very quickly in this regard. But there is still no legal system in place in South Korea so progress is slower than expected.”

Additionally, Coindesk notes that “blockchain venture capital firm SpiceVC announced that Coinbase Custody has agreed to serve as its digital asset custodian for the firm’s Spice token.” SpiceVC said, “The partnership with Coinbase will help investors reliably store and withdraw their Spice tokens.”

Speaking of partnerships, Blockchange Inc., a digital asset investing platform for professional wealth managers, and Gemini Trust Co. LLC, a cryptocurrency exchange and custodian, “announced a partnership to provide registered investment advisors (RIAs) a secure one-stop-shop for buying, selling and storing digital assets,” per a press release. This integrated solution “is especially relevant for younger investors, who have demonstrated a strong and growing interest in digital assets.” Quantum Capital Management, “a wealth management firm with over $125 million assets under management, has signed on the solution to manage digital assets for its clients, and also to offer digital asset management services to other RIAs using a separately managed account (SMA) approach.”

Also, Finextra reported that “Archax announced they are becoming the first ever FCA regulated digital securities exchange and custodian in the UK.” This means that “for the first time, digital issuances from across the world will be able to trade on an FCA authorized secondary market and institutions will have access to a credible regulated trading venue on which to engage with the digital securities space.” Simultaneously, Archax has become “the first ever company to receive its FCA crypto asset registration, and therefore become a fully compliant VASP (Virtual Asset Services Provider).”

Decentralized Finance: Crowdfund Insider reports that “Huobi Group, a major blockchain and digital assets service provider that operates cryptocurrency exchanges and related services, has revealed that it has launched Huobi DeFi Labs.” According to the article, these labs will focus on research, investment, and incubation of decentralized finance projects to create a better financial system by working cooperatively with the global crypto and DeFi community. Sharlyn Wu, the chief investment officer at Huobi, will be leading the DeFi Labs.

IPOs: According to Nasdaq, “North Mountain Merger, the second blank check company led by former CardConnect executives targeting the FinTech industry, filed on Friday with the SEC to raise up to $115 million in an initial public offering.” They plan on raising the $115 million by offering 11.5 million units at $10. At the proposed price, North Mountain Merger would command a market value of $144 million.

Loans: Per Hedgeweek, “Clear Hedge Capital, a boutique lending group for alternative investment vehicles, and BitGo Prime, a digital asset financial services company, are to collaborate and focus exclusively on providing loans in the digital asset space to institutions with loan sizes of $10 million and above.” Founder and CEO of Clear Hedge, Richard Tan, says, “This provides an opportunity to offer a lending service that was not previously available to institutions. We are excited to see how this partnership with BitGo enables Clear Hedge to bring traditional credit investors into this new asset class.”

Payments: Ripay, a new payment app powered by Ripple and XRP Ledger, “promises to take the utilities embedded in XRP to billions of people across the world,” according to Herald Sheets. Kuyawa Kata, the programmer of Ripay, further noted, “The basis of Ripay is to make it easier for people to send money across the world, with a few taps on messaging apps regularly used by billions of people across the world.” Ripay gained traction because of its participation in the PayID Hackathon, where it ended up receiving second place.

The FinTech Times announced that “Yapily, a leading open banking infrastructure provider, has announced an agreement with American Express to assist in delivering its Pay with Bank Transfer payment initiation service across Europe.” One of the key decisions in this partnership was Yapily’s industry-leading API. With “Yapily’s API operating invisibly behind the scenes, American Express remains in full control of the user interface and experience - meaning end users are taken through the Pay with Bank Transfer payment journey, with no interruptions or Yapily redirects.” Stefano Vaccino, CEO and founder of Yapily, commented, “The partnership is the first real step to bringing open banking payments to everyone across Europe and the UK. Now, a significant number of international merchants will finally be able to access, and benefit from, an open banking API.”

Virtual Banking: According to Crowdfund Insider, WeLab Bank “confirmed the launch of its digital banking services. It’s notably the only stand-alone firm to acquire a virtual bank license from the Hong Kong Monetary Authority (HKMA), the city-state’s de facto central bank that’s also responsible for promoting the efficiency, integrity, and development of its financial system.” WeLab has been using funds from its $156 million Series C round to finance the development of its digital banking platform. Since going live, “WeLab has helped customers with opening 137 GoSave accounts, with over 8,200 customers now participating in the new offer.” WeLab is now the third digital bank to launch in Hong Kong at a time when the move towards digital banking is accelerating.

China: Per Paypers, China is going to be testing its virtual yuan in Hong Kong’s Greater Bay Area, a megapolis made up of nine major cities, including Guangzhou, Shenzhen, Macau, and Hong Kong. It is considered a huge financial and technology center, with a combined population of around 70 million residents and a GDP totaling $1.5 trillion. Guangdong is expected to be particularly important in the adoption of the virtual yuan because of its integration with Hong Kong’s virtual banking system.

Singapore: According to Yahoo Finance, the Association of Cryptocurrency Enterprises and Startups Singapore (ACCESS), a group comprising over 400 crypto and blockchain-related businesses, announced a code of practice for digital asset payments guided by the city-state’s central bank. “The guidance is designed around the requirements of the country’s Payment Services Act, which was updated early in 2020 to require digital asset businesses operating in Singapore to register for a license. Specifically, it attempts to offer a standardized approach to combating money laundering and terrorism financing through know-your-customer (KYC) best practices.”

Thailand: Crowdfund Insider reported that “the United Kingdom and the Bank of Thailand have reportedly committed to a Memorandum of Understanding (MoU) on financial services, in order to support inclusive economic growth and development.” The two countries have “entered a strategic partnership on financial services which aims to support Thailand’s inclusive economic recovery (following COVID-19) and ‘green growth.’” Under the terms of the MoU, “the UK and the BoT have committed to working towards implementing stricter accounting standards. They’ve also agreed to enhance corporate governance and maintain greater transparency. Both nations will also focus on initiatives aimed at accelerating FinTech adoption.” This collaboration is part of the United Kingdom’s Association of Southeast Asian Nations (ASEAN) Economic Reform and ASEAN Low Carbon Energy Programs.

United States: The Federal Reserve announced “it is building and testing a hypothetical digital currency, equivalent of cash,” per MarketWatch. According to Federal Reserve Governor Lael Brainard, “The goal of the program is to enhance the Fed’s understanding of digital currencies.” However, she also stressed that the Federal Reserve is not currently planning to issue digital dollars, stating, “A ‘separate policy process’ involving thorny legal questions would be needed if the Fed ever wanted to use a digital currency. The central bank has not made a decision to even start such a process.”