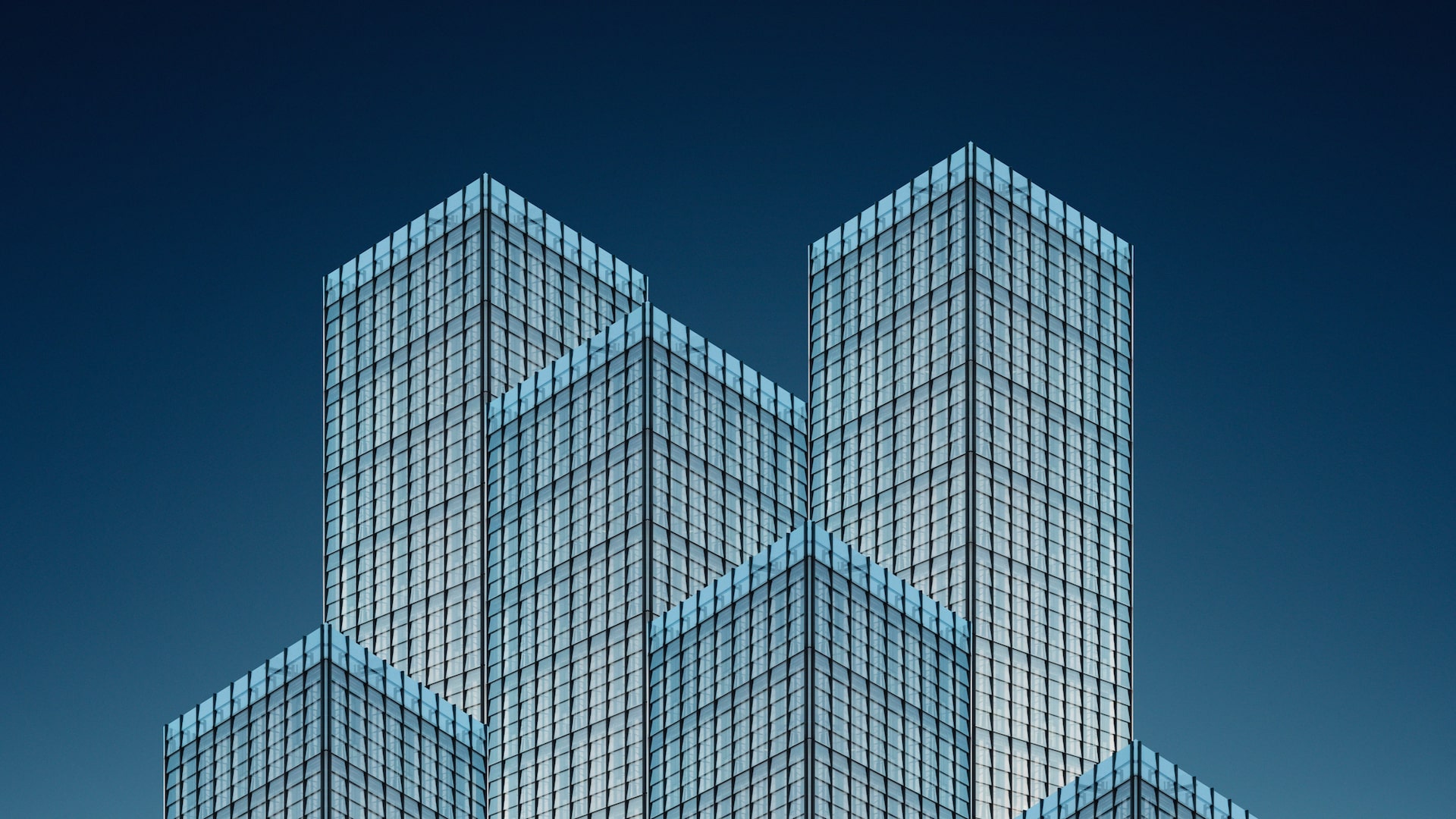 Congress is currently negotiating the second stimulus package. However, time is running out; on August 7, Congress is supposed to adjourn for a month-long recess. Hopefully, by the time this issue of FinTech in Focus is published, a deal has been made. While the final deal may look different, here are the most important facts to note about the second stimulus package, according to Forbes:

Additionally, per the Tax Foundation, “Senators Ted Cruz (R-TX) and Martha McSally (R-AZ) introduced the CREATE JOBS Act (Cost Recovery and Expensing Acceleration to Transform the Economy and Jumpstart Opportunities for Businesses and Startups) that would make two significant changes to incentivize investment in the United States. The proposal would prevent scheduled changes that would worsen the tax treatment of short-lived investments (primarily machinery and equipment) and research & development costs and implement a new system of cost recovery for investments in structures and buildings.”

Alternative Credit: Prime Capital AG, an independent asset manager and financial services provider, has launched the Liquid Alternative Credit Fund, according to a press release. “This new fund of funds will be pooling alternative credit strategies like trade finance and real estate bridge financing. It will invest in 15 to 20 underlying funds which are diversified globally with a target split of around 1/3 in North America, Europe and Rest-of-the-World, respectively.”

“These strategies provide – similar to hedge funds – advantageous liquidity in contrast to other forms of private debt,” said Tilo Wendorff, managing director of the Absolute Return team at Prime Capital. “They have strong levels of tangible collateral (eg ~LTV of up to 60 per cent in the Real Estate space). At the same time, they provide attractive expected returns, mostly due to underlying complexities. The universe is very fragmented, investments are hard to source, and managers have a low level of institutionalization. The individual funds require a very targeted and carefully coordinated selection.”

Blockchain: According to CoinTelegraph, Brian Brooks, the acting comptroller of the currency (Office of the Comptroller of the Currency) and former head of Coinbase’s legal department, “spoke with Aaron Klein of the Brookings Institution, a major U.S. think tank. In answer to hypothetical platforms for a future five-year term as Comptroller — Brooks is, at this point, in a liminal state as acting comptroller — Brooks emphasized decentralization: ‘I’m a believer in decentralization. ‘At the end of the day, I think that stablecoins and other blockchain-based tokenization of dollars are the most resilient model for long-term faster payments. Better than a central bank monopoly on the payments system.’

While Brooks believes ‘that the way money operates in the US is stuck in the past,’ he also noted that the push for solutions has been met with limited results. Specifically, he said, “As a regulator, the question is, how do you do that? FedNow does not yet exist except on paper.”

Digital Banking: Forbes reports that “Google is partnering with six more banks to offer digital checking and savings accounts to US Google Pay users starting in 2021.” While users can access their checking and savings accounts through Google Pay, “the accounts themselves will be managed by the FDIC-insured partner banks. Currently, “Bank Mobile, BMO Harris and four other banks have signed on as partners, joining Citigroup and Stanford Federal Credit Union.” Not only do these partnerships help Google push into financial services, but it also “gives the banks a way to market their brand to consumers digitally without having to rely on, or build, their own digital tools.”

In other news, per IBS Intelligence, “UOB Indonesia announced today the launch of TMRW, UOB’s ASEAN digital bank to serve Indonesia’s generation of enterprising and digitally-savvy consumers. The digital bank translates transaction data into actionable insights, for instance, providing prompts to help customers save and spend better. The insights feature draws from a combination of artificial intelligence (AI) and complex data analytics and categorization. TMRW was first launched in Thailand in 2019. Indonesia is the second market where the digital bank has been launched.”

Additionally, Finextra notes that “Varo Money has become the first US consumer fintech firm to be granted a national bank charter, enabling the digital challenger to offer a full suite of FDIC-insured services. Co-founded by former Wells Fargo executive Colin Walsh, Varo Money - which last month closed a $241 million funding round - currently provides a range of savings, loans and account-based services through a relationship with The Bancorp Bank. With the national charter now in hand, Varo Bank will expand its services to target a broader set of customer needs including access to credit, and additional savings products.”

Says Walsh: "2020 has been challenging for many of us across the country and has highlighted, once again, how the traditional financial system is not meeting the needs of hardworking, everyday Americans. The ability to operate as a full-service national bank gives Varo more freedom to deliver the kind of innovation and allyship that many Americans have never had from their bank before."

Brian Brooks, acting comptroller for the currency, adds, "Granting a national bank charter to Varo marks an evolution in banking and a new generation of banks, born from innovation and built on technology intended to empower consumers and businesses."

Partnerships: Enova International is acquiring OnDeck Capital for $90 million, according to Banking Dive. “The deal gives Enova, which has specialized in high-rate loans to consumers, a bigger entry point into the less competitive and more lightly regulated online small-business lending space. When the deal closes, 60% of Enova's loans will be to small businesses, compared with 15% now, Enova CEO David Fisher told analysts Tuesday.”

Mastercard and Microsoft announced a new partnership focused on “the future of digital commerce,” per Silicon Republic. “Using Microsoft’s Azure and AI tech, Mastercard Labs will accelerate its cloud-native research, the company said, furthering its aim of ‘de-risking and commercializing emerging technologies and platforms for digital commerce.’ Executive vice-president and head of Mastercard Labs, Ken Moore, said that ‘deepening the longstanding relationship with Microsoft’ will allow his team to research, develop and scale new technologies and business models.”

Metro Bank has announced that it intends to purchase peer-to-peer lender RateSetter for up to £12 million. According to TechCrunch, “pending approval by U.K. regulators, Metro Bank is acquiring RateSetter for an initial price of £2.5 million, with ‘additional consideration’ of up to £0.5 million payable 12 months after completion. Upon the satisfaction of various performance criteria, the bank will then pay an additional £9 million on the acquisition’s third anniversary. That the deal is split into three tranches and conditional isn’t necessarily unusual within M&A activity, but it also likely reflects the risky nature of peer-to-peer loan books. Notably, the acquisition does not include RateSetter’s holding in RateSetter Australia, which is being retained by RateSetter shareholders.”

Payments: The Motley Fool reports that Apple acquired a Canadian startup that has technology “that could be used to turn every iPhone into a contactless payment acceptance device, directly challenging Square, which is the leading provider of mobile payment hardware and software.” Apple is reportedly paying $100 million to buy this startup, Mobeewave. In contrast to Square, Mobeewave’s technology does not rely upon card readers to complete transactions. “Once the Mobeewave app is installed on a smartphone equipped with a near-field communication chip, a buyer can simply tap their credit card against the back of the phone to make a payment.”

China: Former Vice President of the Bank of China Yongli Wang stated that “wide use of digital currencies would encourage monetary reform,” per Coindesk. Wang, who is now a director of the Haixia Blockchain Research Institute, also said that “China would use digital currency as a substitute for cash in circulation initially, but that could impact its market competitiveness if confined solely to that role.” Digital currencies, he said, “could help to bolster liquidity in an economy, while placing limits on excessive issuance of physical cash.” Wang added that “preventing the printing of too much cash would help maintain monetary and financial stability.” One way forward, he suggested, “would be to provide exclusive ‘basic accounts’ on the central bank's digital currency platform for all social entities, according to the report.”

Korea: Per a press release, the Seoul Metropolitan Government announced plans to “open the "Seoul International Financial Office (SIFO)" in Yeouido, Korea's financial mecca, in this coming October. To be located on the 16th floor of the Seoul International Financial Center (One IFC), SIFO is a dedicated space for domestic and international financial institutions, featuring offices of various sizes that can accommodate from one to 30 people. With the completion of SIFO, the Seoul Metropolitan Government will select ten financial institutions to move into SIFO. Applications will be accepted for two days from August 20 to 21. The selected institutions will be allowed to move into SIFO from the end of October. Seventy percent of the office rental fee and legal and investment consulting services will be offered to the finally selected companies for up to five years.”

Japan: According to Yahoo Finance, “The Bank of Japan has appointed notable economist Kazushige Kamiyama as the new head of a department that oversees research on central bank digital currencies (CBDCs).” According to a Reuters report, Kamiyama will lead the BOJ’s payments and settlement department, “which has carried out collaborative research with other central banks on CBDCs and cryptocurrencies.” Kamiyama has a track record of using big data to analyze fluctuations in the economy. According to the report, “this approach played a significant role in helping the central bank navigate changes in the economy during the coronavirus pandemic. The BOJ recently set up a new team to further its study of digital currencies following reports that the Japanese government was considering issuing a CBDC in its policy framework this year. The BOJ has said although it does not plan to issue its own digital currency any time soon, it has been doing research with other central banks on the topic.”

Singapore: Finextra reports the Monetary Authority of Singapore has established the Asian Institute of Digital Finance (AIDF). In collaboration with the National Research Foundation and the National University of Singapore, this institute will “offer educational opportunities and an incubation unit to foster the development of new tech-driven financial services products.” Through its education program specifically, the AIDF “will build the FinTech leadership pipeline for Singapore and the wider region,” says NUS President Professor Tan Eng Chye.