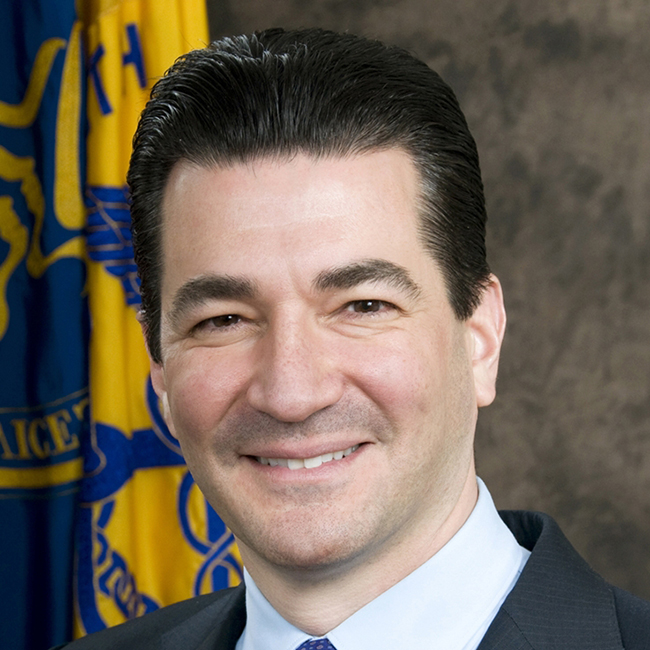 Dr. Scott Gottlieb served as the 23rd Commissioner of the Food and Drug Administration (FDA) from May 2017 to April 2019. A medical policy expert and public health advocate, Dr. Gottlieb previously served as the FDA's Deputy Commissioner for Medical and Scientific Affairs and as a senior advisor to the FDA Commissioner.

After serving as FDA Commissioner, Dr. Gottlieb returned to the American Enterprise Institute (AEI) as a resident fellow, having fulfilled the same role at AEI between 2007 to 2017.

Prior to his time in government, Dr. Gottlieb practiced medicine as a hospitalist physician at the New York University School of Medicine in Manhattan. He completed a residency in internal medicine at the Mount Sinai Medical Center in New York, and is a graduate of the Mount Sinai School of Medicine. Dr. Gottlieb also studied Economics at Wesleyan University, in Connecticut.